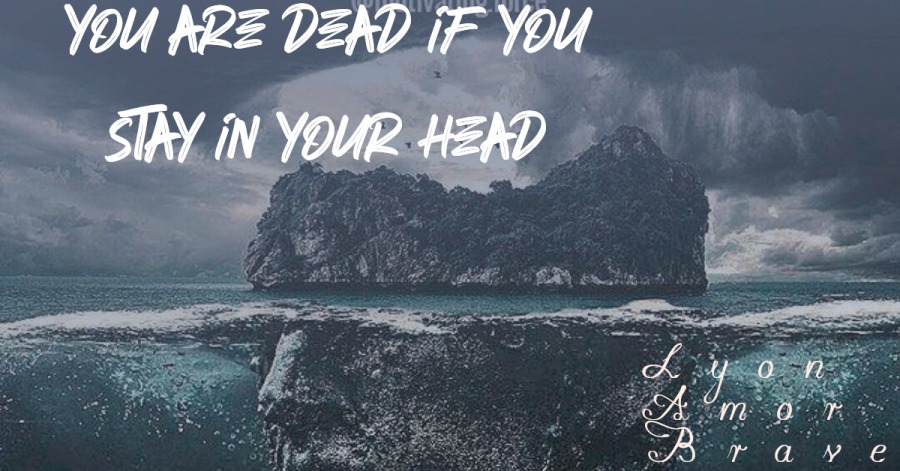 Too much thinking leads to paralysis by analysis.

Over thinking instantly kills whatever joy you may have left, pushing you further into sadness and depression. 想太多会立即抹杀你仅有的快乐，并且还会将你进一步推向悲伤和郁郁寡欢的深渊

The root causes of depression in many people is they have the inability to control their thoughts. Wanting to kill yourself, is not normal. It is a clear indicator that your mental health is in poor condtion and you should be seeKing help. However, we live in a society where depression and suicide are taboo, even though many people are having poor mental health and committing suicide.

It's ironic that we have not made it safe to talk about mental health in society still. We can talk about going to the gym and getting our beach bodies, but we cannot simply say, "Hey guys, I am not sure I am thinking clearly anymore."

A figure from the World Health Organization show that 350 million people around the world suffer from depression. One million people commit suicide every year. That's a lot of people that kill themselves.

Society needs to allow humans to talk about their emotions without feeling stigmatized, but their is a stigma around having emotions. We call it mental illness when we our sad for prolonged periods of time, but maybe life gives many people multiple reasons to be sad, like death and poverty and general cunts in the world saying cunty things to people.

A patient under the pseudonym of Ao Xi was diagnosed with depression three years ago and has attempted suicide several times.

She says she fears of telling others of her real condition and constantly thinks about death.

"You don't understand what we are thinking. I will feel better and more relaxed if I die. My colleagues think it's so strange that I am a depression patient. Because I have always appeared to be a cheerful and optimistic person at work. However I feel unhappy when I go back home. I went to the doctor but didn't take the medicine given by the doctors. I feel guilty over my depression, because I think it's all because I have a weak personality. "

According to a report released by the prestigious medical journal The Lancet in 2009, more than 90 million people in China were suffering from depression, and the number is believed to have increased since then.

It's estimated that only 10 percent of people with depression seek help from doctors. And of those who do get professional help, only 20 percent have received systematic treatment.

Experts points out that many people lack awareness about the condition and choose to shy away from the problem.

Statistics show that 90 percent of patients are suffering a strong sense of shame over their negative feelings and refuse to admit their condition.

"There is a time to think and a time not to think. If you are always thinking, you are overthinking. "' Lyon Amor

One of the best ways to keep a clean mind, is keep an active lifestyle. Sitting around the house all day, day after day, will have you overthinking. It's not always easy to find something to do, but find something to do when you notice yourself getting into a negative and destructive thinking process.

Life is simply too short to have the some negative thoughts about your brother or that one bitch on the bus over and over again. We cannot undo what was done and we cannot control everything about the future. What will happen in the future cannot be changed by worrying about it.

We need to learn to control our thoughts

When we overthink, we have tendency to reach a negative conclusion about ourselves, other people and the situation at large. We decide things are hopless and meaningless. All life has meaning. Falling in love is meaningful. Meeting a friend for coffee is worth living for if you think clearly.

There is too much beauty in this world and life is too short to want to take you own life away. When you are having these dar thoughts, they are a result of thinking in the wrong direction. It can be challenging to rewire the brain to think more beneficial, but it can be done.

Destructive thoughts do not serve people.

We tend to reach destructive conclusions when we spend too much time in our heads and not enough time in the real world and amongst people. People give you sanity and perspective. Without socializing regularly, you will be more prone to hiding and overthinking.

It's okay to analyze things from time to time, but once you get your answers of why you are the way you are, you need to move on and move forward and not live in the past.

Spending months thinking about the mistakes of our childhood is not the best use of our mental energy, especially if it is a reoccuring and negative thought pattern, like I hate myself, I want to die, people suck, life sucks.

Destroying everything seems like the best option when you ae overthinking."- Lyon Amor

Lyon, You bring a wondrous insight to all your subject matter. Your time in the far east seems to have given you a different window into the human soul. I, for one, appreciate your vision.