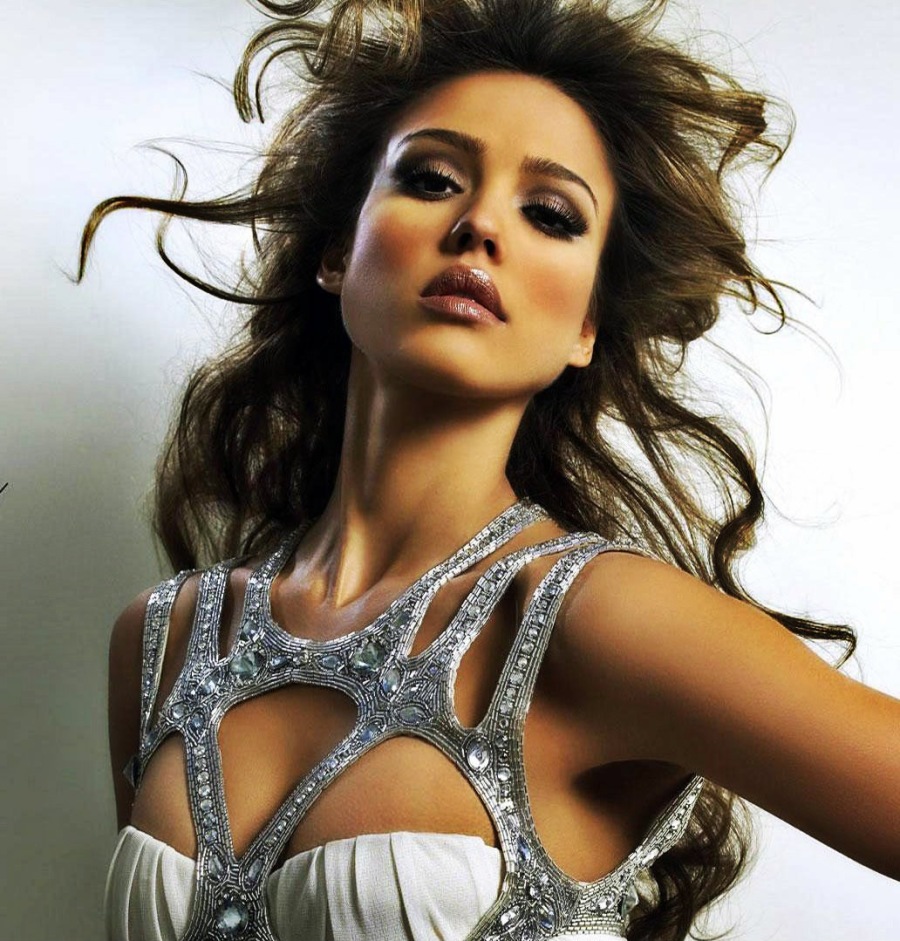 Jessica Marie Alba began her acting career at age 13 in Camp Nowhere and The Secret World of Alex Mack (1994). She quickly became a child star and appeared in films like Flipper, but nobody really cared about her prepubescent pigtail-wearing days. It’s simply inappropriate to get worked up about a child star, which is why she really didn’t get famous until she hit the legal age of consent.

She rose to prominence as the lead actress in the James Cameron television series Dark Angel. The show was written by James Cameron, who wrote Titanic, so Jessica Alba couldn’t have been in better hands. Her fans were really loving Jessica Alba as a kick-ass genetically engineered soldier. It was Jessica Alba’s claim to fame. It even got her a Golden Globe nomination as she turned straight girls gay everywhere, had men glued to their chairs, and as she rode her motorcycle through a post- apocalyptic world using fairly witty one-liners before she choked out superhuman soldiers with her legs.

It’s safe to say, because Max Guevara was a pretty cool character, Alba hasn’t been in anything as good since. The Eye was awful, Paranoid was awful, and that movie where she played a math teacher, An Invisible Sign, was mediocre. The comedy, Good Luck Chuck , where she costarred with Dane Cook, was okay because they are both likable people, but was the movie good? NO! It was likable. There is a difference. I’ve watched all her movies because Dark Angel made me such a fan, but I have been sadly disappointed.

With that being said, is Jessica Alba a serious actress? Do we respect her in the same vain as Natalie Portman and Kate Winslet?  Jessica Alba has mostly been known as “The Body,” which is ironic because she isn’t even a skanky actress like Pamela Anderson and Megan Fox. She is actually a pretty classy lady who wears tasteful outfits and doesn’t try to sell her image with sex.

Ironically, most of her awards have been for being a sex symbol. She won the Scream Award for sexiest superhero in 2005. In 2005, she also won the MTV Movie Award for Sexiest Performance in Sin City. She played Nancy the Stripper, and it was actually a pretty sexy and fantastic cinematic moment to see her tossing a cowboy hat in black and white. Sin City was visually stunning, and her storyline with Bruce Willis was well done. It’s one of the highlights of her career.

Then in 2011, she won the Razzie Award for worst supporting actress. She gets nominated for being bad at acting a lot. Her serious award nominations and wins came from being cast in James Cameron’s show. In 2001, she won the Saturn Award for Best Actress on Television. I’m a Jessica Alba fan, but I can’t honestly say she won this award because of great acting. It was more likely due to great writing. James Cameron could turn anyone into a star, and she hasn’t been in anything good since.

The bottom line is Jessica Alba might not know herself as an actress yet. She is not just a cute girl, and she is not really funny enough to pull off a comedy. People will watch her because she is likable. She is not really meant to play a love interest, though she was excellent in Sleeping Dictionary. Sleeping Dictionary is an unnoticed movie in her career, but the reason she pulled off the character so well is for the same reason she pulled off Max. She was a fighter, an underdog, and it was more authentic to watch.

I would like to see Jessica Alba cater to her original fans and amaze us again by getting back into action flicks. I think she was meant to be an action star, and somehow she got typecast as a cute goofball who took on superhero roles in a cheesy light. Perhaps this is a problem created by male writers in Hollywood who don’t take women seriously, but we never thought of her character as the Invisible Woman as bad ass. We thought of her as cute.

Ladies, calm down, we do have Milla Jovovich who is pretty bad ass!!!

It’s time for women to rise up like men, and that includes in films. Females don’t have enough strong powerful role models like Bruce Lee, John Claude Van Damme or Arnold Schwarzenegger. We don’t have Sylvester Stallone playing Rocky. Jessica Alba is meant to Kick Ass on the big screen, and I can’t wait to see her back in the game.

She has been busy being a mother, wife, and starting a really great company called The Honest Company, which works on creating safe, organic products for people and the environment.

In truth, Jessica Alba is doing some really cool things outside of acting, like running her own business and trying to make the world a less toxic and polluted place. You can order her products here.