A.) What I Taught My Chinese English Majors (Lyon Amor Brave)

When I was in Tangshan China, I was teaching at a local university. My classes had between 60-80 students. My time with them was brief.

I was being paid an embarrassingly low salary and being worked like a dog, so when a better opportunity came that paid a 60% salary increase, I took it.

Because I was leaving, I told them I would teach them what NO teacher would ever teach them.... the tuth...

Here are some of the highlights.

1.) Teachers are not experts in their fields.

Because teachers are not masters, they are really not the best people to be in control of your education, mind and life. Teachers really  do not have much to teach you, which is why most of them are teaching irrelevant and outdated curriculum.

Think about it, the person teaching you science, if they really knew that much about the subject, wouldn't they be working in a research facility.

There is some truth to those who cannot do, teach. There are of course exceptions to the rule and some great people do choose to share their knowledge later in life, but this is the exception, not the rule.

The school system will fail YOU.

My education was much better and more costly than theirs and it still failed me. I said, no matter how much money you spend at university, that is not the way to become educated.

You cannot become educated sitting in a prison and that is basically what a school is.

I said, I am here to teach you English, but if you honestly think it is my responsibility to teach you a language in mins a week, you will never learn it.

Learning a language, like learning anything, is something you have to take into your own hands.

The Holocaust that happened in Germany is a great example of conformity, so is the military, and most major world religions. It is weird to follow murderous orders just because you see other people in your crew doing it.

It's weird to blow yourself up for god.

It's weird for a whole city to get down and pray at a certain time of day.

It's weird to hate somebody because you think a text book says it.

Then I asked my students do you have the same parents as him, or her? Are you from the same cities? The answers were NO.

I said right, so don't you think it's weird to be exactly like her or him, to have the same belief systems and desires for yourself, the same opinions and views of the world.

You are supposed to be a unique individuals not a clone, so watch out for societal brain-washing, because it is weird you guys are copies of each other.

It happens to all of us.

In my class 97% of the students were females, so I told them the boys were considered weird for picking this major, but they have a better chance to excel because I have too many girls to pick from, and only a few boys.

Conformity also breeds high levels of competition within mediocrity. There are many at the bottom and only few at the top. You ever notice how many people apply for lousy jobs??

It's the unique ones who standout, and sometimes being a minority or a rarity, is powerful enough to standout. The world has 7 billion people and growing.

To follow the crowd is to get lost in the crowd. You want to standout.

In my class i had two lesbians. My students said it was not normal and I said in a place like this it's smart. The school was 95% girls.

The boys who are English majors are considered weird, awkward or losers for picking a female major, but the reality is they are winning because they are surrounded by girls and not competing in a market already dominated by men. This gives them a better chance to excel in life.

The couple of girls who like to date other girls win because they really do not have a high chance of finding a suitable male on a campus with few men and many females, even if they were straight, so they should just be free to explore their sexuality if it is making them happy.

5.) You Are Responsible for You

If your life sucks, you are the reason.

If you hate your career it's your fault.

If you never travel, you must not have really wanted to.

If you are fat, fitness must not be that important to you.

If you get into a bad marriage, why did you pick that life for yourself.

When you were a kid you never listened to your parents.

Your parents said, take them muddy shoes off. You ran through the house anyway. They said, stop bouncing on the couch, you kept bouncing. If you were 2 years old and you never listened to a word your parents said, why would you start now. Honestly, why would you let them dictate the terms of your life, your marriage, where you live?

Family is important, but family is an excuse.

I never traveled because I had to take care of my parents is ridiculous. You mean in your whole life, you could never even find a month or two for yourself. Saying you had a baby young to please your parents, what??? Come on..really...

This journey is yours and yours alone, so be accountable for yourself...

"People with dreams are much closer to reaching their dreams than people without them." -Lyon Amor

When I asked my students what they inspired to do, almost 97% said English teacher.

That is logical, they are English Majors after all, but being an English teacher in China is not the best life. Most of these girls are making a low salary, have high pressure jobs at the kindergartens and are basically babysitters with degrees.

Honestly, being a Chinese English teacher is a small life. Being an English major is smart because English is a lurcrative skill in ASIA, but teaching is not.

I asked my students to dream bigger.

I said, can't you at least run your own school, or be a translator for a large international company, or work in journalisim? Why would you voulunteer for one of the lowest paying career paths?

7.) MAKE FRIENDS WITH EVERYONE IN COLLEGE

You never know if the ugly guy or girl is going to be rich. The kid who fails all his test might end up your boss, so make friends with everyone.

In college you are having the ability and access a lot of people from all over your country and sometimes the world. The one thing college can offer you is access to people and a chance to network like crazy.

Everyone wants to have a good life.

What we will do for a great life and and our own personal drive to achieve in this life varies, but everyone at their core inspires to a good life, so it is reasonable, to assume the people around you, are going to be fairly successful.

People make the mistake of becoming jealous when they see a cool person. When you are jealous, you should see that as a good sign. You should get to know the person you are envious of. You are envious for a reason.

If you see a cool person, go say hi silly.

"Do not make the people around you your enemy. Friend or foe this is based on your perception of people and situations. If you ask me, it is better to have a lot of friends than enemies." -Lyon Amor

we got more lessons coming up..... 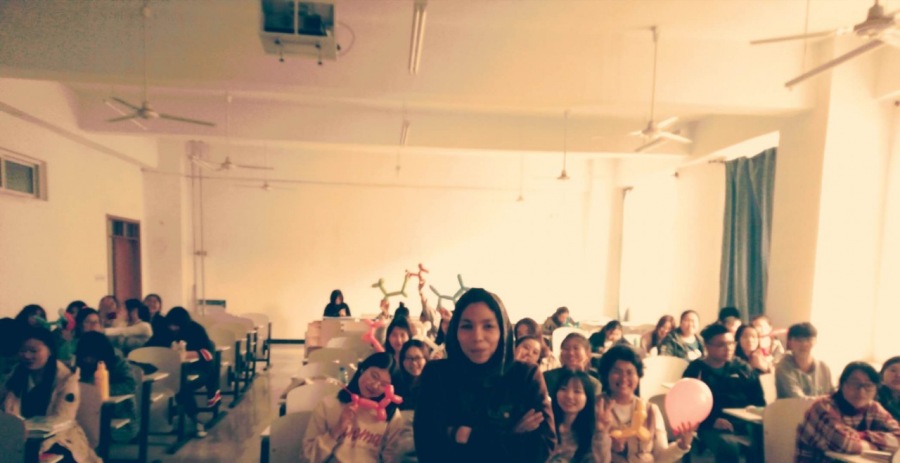 Onya girl! 👍 Much truth in the old adage that those who can ... do, and those who can’t ... teach. The best teachers are those who have kearned from the school of hard knocks and serendipitous events and not those who blindly reiterate the syllabus of conformity. We all know what we get when we pay peanuts.

Lyon, That is telling it like it is. The contrarian view is usually closer to the truth than any other version. And so it goes.