WHY IS GUN CONTROL EVEN A DEBATE? 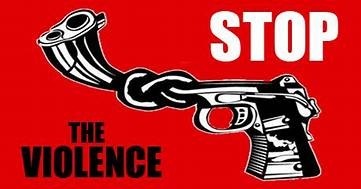 Of course we need gun control.How many 17 year old kids do we need murdering their parent's because they weren't allowed to play Halo before we stop debating this. There seems to be a school shooting, or a flat out massacre every week in America and the debate on guns is just becoming a heated discussion when the Columbine High School massacre was a  terrible enough school shooting that occurred on April 20, 1999, and should of had American's really putting guns on lock down for good.

I still remember spending half of middle school sitting outside because police dogs got called into sniff kids lockers for bombs. My generation of douche-bags caught wind to the fact that if you left a  note somewhere in the school that said there is a bomb, or I am going to kill everybody we would get out of school. This was my life as middle school kid in the late 90's. As an adult things have only gotten worse. 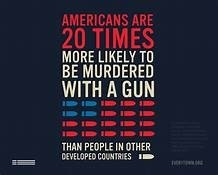 Let's talk about the Las Vegas shooting that happened October 1, 2017,where a gunman opened fire on a crowd of concertgoers at the Route 91 Harvest music festival on the Las Vegas Strip in Nevada, leaving 58 people dead and 851 injured. 2018 just started and there has already been 8 school shootings. Let's reminisce about the Massacre at Virginia Tech that left 32 dead in 2007 and had college kids everywhere terrified.

The sad thing is I can literally list hundreds of school shootings. I am not even talking about people getting robbed at gun point, street crime, and lovers quarrels that go wrong. Remember, when snipers used to just pick off random people on the streets for fun. All I know is it is way to easy to get a gun in America because kids have easy access to them. 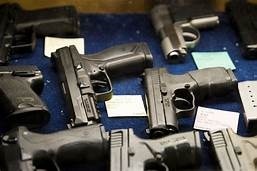 Remember in 2007, when a Pennsylvanian boy, age 11, was arrested for shooting his father’s pregnant fiancee in her sleep and became the youngest person to face a life sentence without parole.That kid was likely mad for his mother and confused about the situation. He should have never been in a house with access to a gun. He is not at the age to make a rational or logical decision and this is sort of the problem with guns, which is civilians really do not need them and almost always misuse them for vindictive and monstrous acts.

In 2013, 11,208 people were the victims of gun homicides, according to the CDC, while another 21,175 used a gun to kill themselves. A total of 12,942 people had been killed in the United States in 2015 in a gun homicide, unintentional shooting, or murder/suicide. And in 2017,  at least 15,549 people were killed by guns in the United States, excluding most suicides, according to data collected by Gun Violence Archive (GVA). The number, which marks a 3 percent increase over the previous year, offers an early indication that the recent rise in gun deaths recorded by federal agencies is continuing not deceasing in spite reports of gun violence fading. 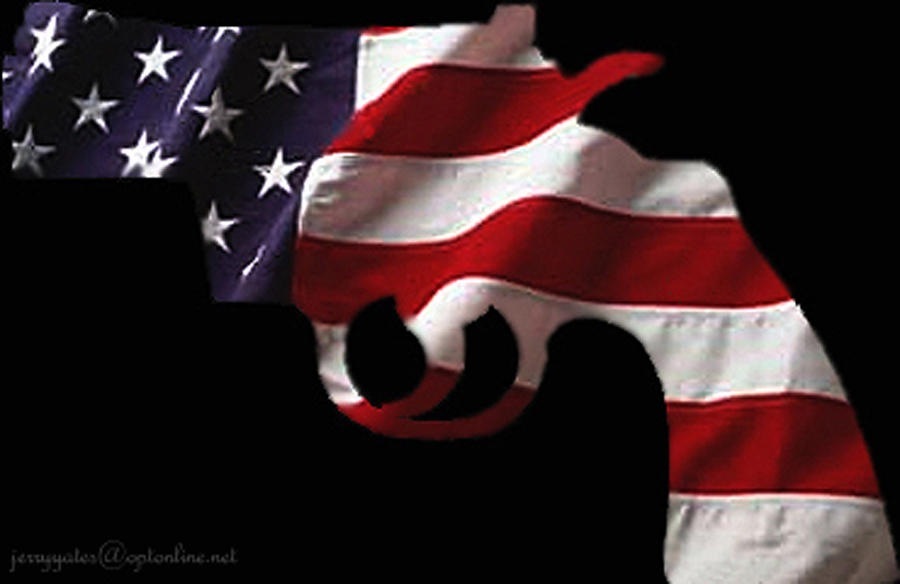 Fact, there are more guns in America than people."There's a gun for every man, woman, and child, more or less," says Deborah Azrael of the Harvard Injury Control Research Center, but that doesn't mean every man, woman and child has a gun. The number of armed households has actually declined to about 1 in 3.If you ask me 1 in 3 households owning a gun is still alarmingly high. You mean out of 100 homes, 30 of them are stocked with guns.

I still remember, hanging out with my redneck friends and asking them what happened to their dad. Their daughter accidentally shot him playing with a gun, just in the arm, but still. I have seen how just the possession of guns ruins lives, destroys families, communities, and schools and so have most of you, but you still want to pretend like individuals being able to buy a rifle at Walmart is a good thing.

Is this really the kind of reputation we want our country to have because right now the world thinks we are a very unsafe country. Being abroad I hear people say all the time I used to want to send our kids their for school, but now with all the shootings, we think it is too unsafe.

Recently, I was back in America for two months to get some documents in order for travel, and I guess it has been because I have been in China, where citizens certainly do not have guns, but the first things I noticed is I was seeing guns everywhere, at the grocery stores, at the clubs. Honestly, I felt incredibly unsafe because of their presence not safer.

The evidence clearly proves civilians are not responsible enough for gun ownership, nor is this item needed in ordinary life. This is a weapon, not a toy and it should be banned.

Politicians don't have the balls to take your guns America because they are afraid to lose votes, but If i was president the first thing I would do is take your guns because Americans take the right to bear arms way too seriously. Most Americans don't even know how they obtained that right and that right has officially been irrevocably abused.

Vote Brave. Vote No to Guns in America. 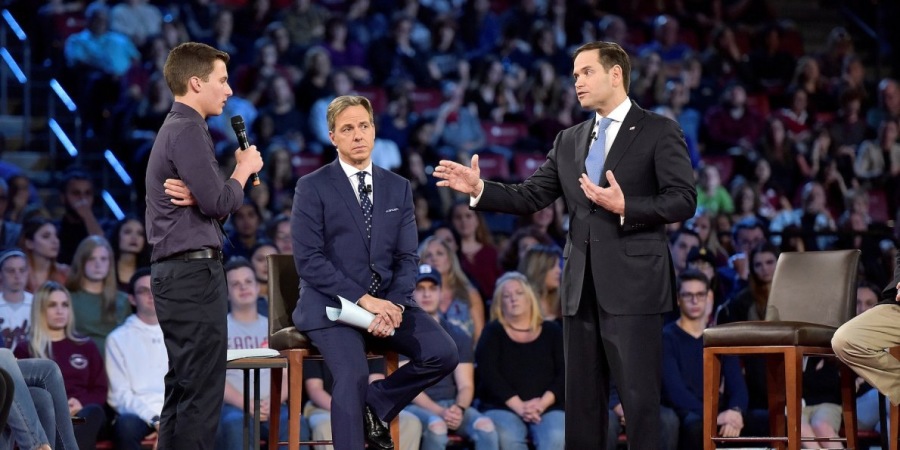 #13
Amending the bill of rights is an acceptable route for change. Its not what is happening, because it is to hard to do. Instead we are interpreting the amendment and twisting its meaning so that we can redefine the amendment without changing it. But given your thoughts here to simplicity, write an amendment that is enforceable and does not remove the right to bear arms etc. All the while in enforcement you cant change the 1st and the 5th. The difficulty in messing with rights it is difficult to mess with one and not another. This was the difficulty the framers had and why it was pretty crazy in the room where these things were being considered. My question for you though is why would you think just because we amended the Amendment that criminals would care and follow the rule? I would think that having experienced the war on drugs and its expensive failure would shed some light on our enforcement agencies inability to control what folks want.

The Federalist papers 28, 29, 46 firmly describe the meaning of the second amendment. We cant rewrite the constitution because we want to. The right to bear arms is in place. This doesn't mean we need to like it. But it does describe that the Supreme Court absent Scalia and with a new conservative appointed the 2nd amendment is fully supported. Politics has begun surrounding issues from a post modern viewpoint that certainly engages our emotions and focus but has no basis in reality. Guns are here and like drugs will not be controlled to satisfy the goals of any society. Gun control will not stop the violence. It is part of a larger plan that could reduce human on human aggression. But we are far away from this discussion. While we discuss such outcomes like Florida we also see that we are battling micro-aggression, whatever that may be. What we want and what the US Constitution/Bill of Rights requires are two different things. If we can suspend or redefine the 2nd then what would stop group think to do the same with the 1st.

extremely relevant postLyon Brave ! yes, gun makes easier for people to take life too. enjoyed read and shared. thank you for the buzz.

Its alien to me why these amendment which corporations are hiding themselves behind is not repelled in the 21st century, I have spent enough time in America in many states but still don't get it, regular cops in Ireland don't even carry a gun.....:-)

I live in Europe and really can't understand America's obsession with guns. Hearing about all these mass shootings, I also asked myself WHY IS GUN CONTROL EVEN A DEBATE in a country with the largest gun violence rate of all developed countries. It should be clear to every normal person that more guns mean more deaths, but it doesn't. I read a lot about why gun control isn't regulated by laws, about the gun lobby, NRA, and about wrongly interpretation that regulation of private firearms is a violation of the Second Amendment. Great article, Lyon Brave.

As an outsider, Lyons, I never have understood your birth country’s propogation of “the right to bear arms”. Thanks for more background info in support of what appears, at first principles, to be a sensible, obvious and badly needed control, but in practice is apparently as improbable as a hen needing a dentist.