WE NEED TO REVOLUTIONIZE THE PRISON SYSTEM by Lyon Brave

We agree the justice system is broken and it is due to an uneducated police force and an inexperienced judicial system as well as mass corruption. It is rich white kids who dominate law and become prosecutors, lawyers, politicians and judges in America. What do these people know about poverty, or the world, or adversity? These people are rather sheltered and know little about the lifestyles of the people they are condemning.

Low level crimes that most people are incarcerated for stems from poverty. High level crime stems from greed. People usually steal because they have to, they feel they have no other options. People become drugs lords because they seek power and wealth. When I was naive and thought the justice system was really about justice and bringing the bad guy down, I thought prison was a place for rehabilitation. 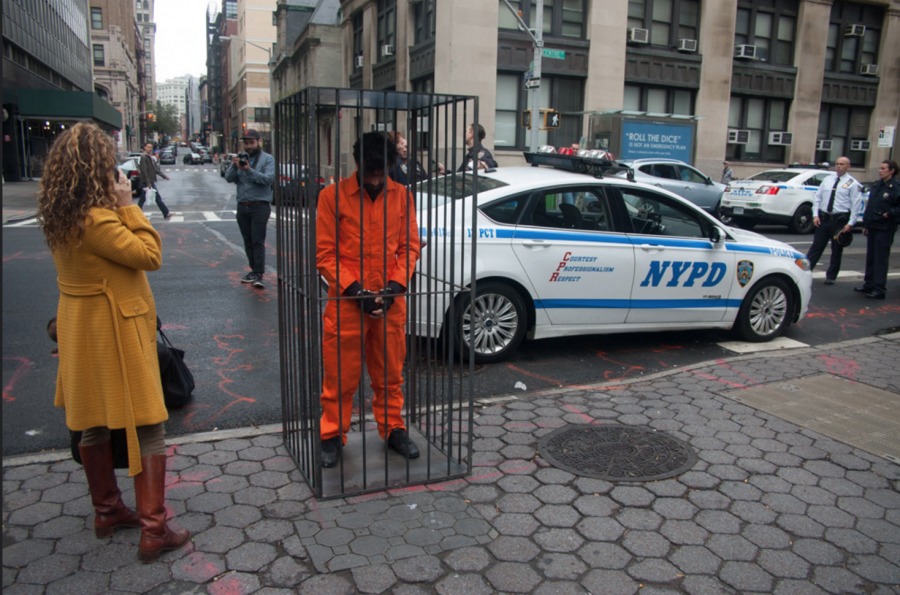 If my brother, uncle or friends is behind bars for breaking the law, I shouldn't have to worry about him getting raped or killed in prison. Prison steals the souls of our young brothers and sisters because the aspects of prison are humiliating and threatening. Humiliating and threatening environments damage an individual in an explainable way. Prisons need to be a place for rejuvenation, empowerment and healing and currently, they have the opposite effect on our young men and women and set them up for a lifetime of failure. Once one goes to jail, it is almost impossible to leave crime behind, because one can no longer get a job.

There are no reflective surfaces in prison so you lose sight of your identity and there is little reading material. The beds are uncomfortable. Some people sleep on stone blocks with a thin blanket.  To go to prison, where you are likely to be raped, jumped, cold, uncomfortable, hungry, treated like a dog, you should have to do something truly awful and I think most people in prison did not do something truly awful. Most prisoners are simply the uneducated poor.

So I ask should we have a different system in place for anyone who did not commit murder. Shouldn’t we try to educate these people and fill their minds with inspiration instead of breaking their spirits further? I am not saying these people who are arrested are the most functional citizens in society. I am sure they have emotional and behavioral problems which landed them there, but instead of punishing them and further alienating them from society, shouldn’t we try to reestablish their humanity instead of taking it away?

We have to revolutionize the prison system because it is not working for the individual or society. Perhaps, we should send people to therapy where they can get the mental help they need and keep records private from employers. There is nothing humane or rehabilitating about prison. 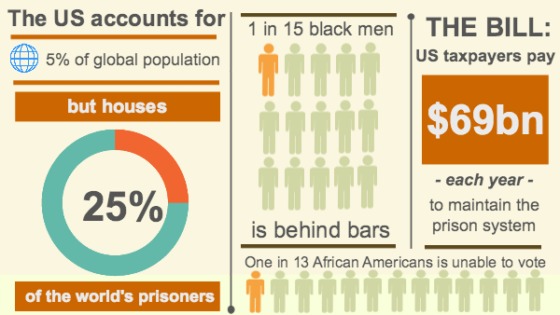 Men and women who want to become a part of law enforcement should have to go to college or at least be extensively trained in sociology and psychology. They need to understand the people they are persecuting and also what it is like to live in prison, what it is like to live in poverty and crime. They should be tested for racial biases, anger, maturity, and mental instability. When these people make arrests, whether the arrest was warranted or not it creates negative ramifications in a person’s life. The main problem with the justice system is the paper trail. If one does not have a clean record, it becomes very hard to get a job. It’s hard to get a job with a misdemeanor and nearly impossible with a felony. This means there is little chance for redemption when someone wants to turn a way from crime because we made it so they cannot work. Everyone has to work to provide for themselves and their family. If they cannot work they are forced to steal, thus society and circumstance is what is creating the criminal.

I agree a person should be punished for their crimes, but I do not agree a person should be punished for their whole lives. When one can’t get a job because of a paper trail they become destitute and the only way they can make money is through dishonorable means. In this sense, the courts perpetuate crime by making it so a former criminal’s only option is to make money through illegal activities. To characterize one as a criminal is also a harsh term to use on someone just because they have a record. Many people have records for smoking pot, which perhaps should be regarded as a personal decision rather than a crime because what if it were illegal to smoke cigarettes or drink alcohol.

As citizens, we do not always agree with the rules in place, nor do all laws make sense, and we get penalized for exercising our freedoms. Just because a force has power and weapons does not mean it is a good force. Any agency that has to use fear tactics to control people is not worthy of respect and those involved in law and politics are no different.

Law is the biggest tool institutions use to control people and many times the law is wrong and oppressive in the ways it conducts itself against the citizens it’s supposed to protect. The law does a great injustice to the people, which is the irony. Many people live in fear of acting on their authentic desires because of a sermon they heard in church, sex is bad, same sex love is bad; having too much fun is bad.

Dirty Dancing is a great movie, because dancing has been against the law in real life. In Pound Virginia, they banned dancing and made it so people of their community had to carry an expensive license to dance. They had no intention of giving anyone this license, which is absolute absurdity, to forbid dancing out of the fear it might cause attraction between people, or to use their terminology ‘sin,’ which is absolute absurdity. Forbidding dancing out of fear it might cause people to be attracted to each other is ridiculous, and this law was not active in the long forgotten past. This law was active in our life time.

The censorship of country dancing in Pound Virginia lasted until 1999, which means if you lived there you could have been considered a criminal for dancing. This is why we need to stop calling people criminals who break the rules. A lot of rules are just silly and necessary.

Thou shall not kill, steal, or rape are the main laws we need.

#1
"Basically, what is right is NOT not your or my life but rather that life which has been dictated to be our lives. " Bernard Poulin You seem to know a lot about this subject. Since you have a much bigger platform than me, maybe you should make some paintings about it.

Lyon Brave . " There are no reflective surfaces in prison so you lose sight of your identity," I think that aptly sums it up. Thank you Lyon, right now though, I'm glad I don't live in America!!