Walking With God: If I Weren't A Christian, Being Gay Would of Killed Me 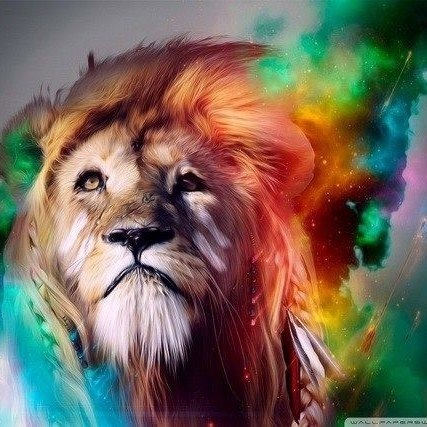 I have spent a lot of my life rejecting aspects of the most beautiful parts of myself because of the world.

The way I use the world is in a biblical sense meaning the ungodly parts of the world.

Some of the beautiful parts I have been rejecting about myself are that I am a Christian and that I am a lesbian woman.

There is a deep stigma surrounding being gay.

Many people cannot bear this stigma and commit suicide.

Thankfully, we have some brave souls like Ellen  DeGeneres helping us to combat the stigma.

There is also a deep stigma of being a Christian. In some Islamic countries, you can even be put to death. Persecution is a real event that occurs to Christians all over the world. When I was a kid and my foster mother was dragging me to church, I just thought persecution was an old word that happened to Christians in some potentially made-up history from the past.

When I was in Bangladesh, a Muslim country I was so fearful I was going to be killed for either being gay or a Christian that I surrounded myself with friends. I was lucky to have friends surround me and offer me an aura of protection for whatever reason I was immediately blessed with a friend circle. which happens the majority of the time I arrive somewhere new god has a team waiting for me. God says it is not good to be of the world, but it is not good to be alone.  I have been fortunate enough to make new friends on my travels.

The people I was blessed with in Bangladesh felt really earthy and amazing to be around. They were young filmmakers, Yogis, Musicians, and teachers. I was afraid to be alone. Even though I was having my own apartment, I literally slept at a boy's house whose name was Ironic because his name was Safe and I felt safe whenever he was with me. I stayed with him until I got a flight out of there and he asked no money from me.

He never even looked at me for sex or like when are you going to go, so there was really pure energy with these people who were in my life at the time. I even had a man named John escort me everywhere, which is another biblical name if you want to examine the importance of names more closely and John had a secret safe house so these young lovers could be together and free from their parent's oppression. 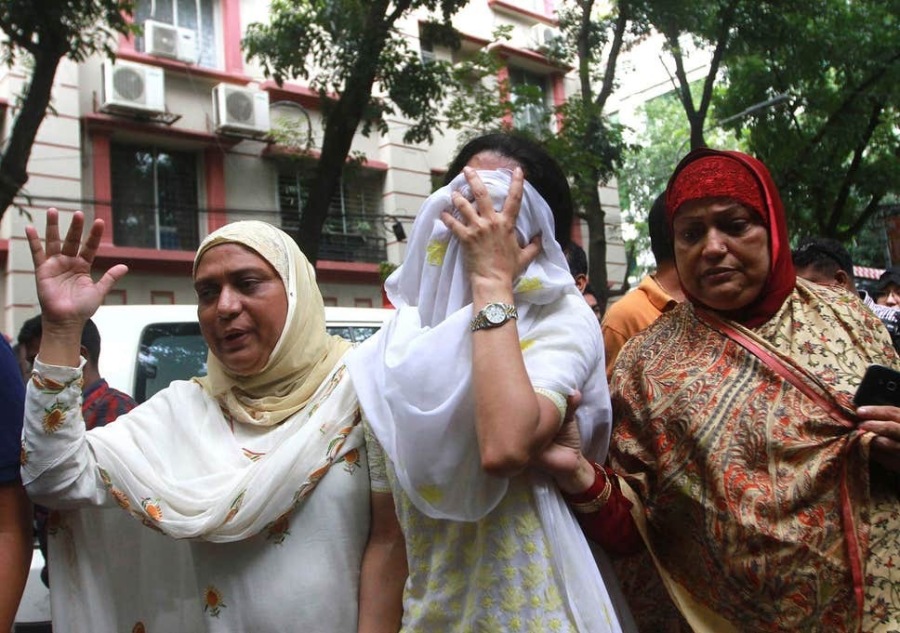 I was living in the capital city called Dhaka. Dhaka is a place where women should be escorted to and from places for safety. Dhaka was known for a terrible incident known as Holey Artisan where 22 foreigners were killed by Islamists for not knowing the Muslim prayers in 2016. Imagine going for a cup of coffee and being beheaded. That is what happened that day. Also in 2016, Xulhaz Mannan a gay journalist was murdered.  According to the law, the punishment for homosexuals is up to life imprisonment in Bangladesh, therefore it is dangerous for those who identify as homosexuals to openly come out in society. 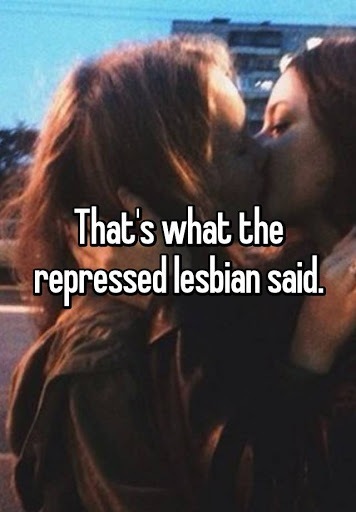 Homosexuals learn to repress themselves and not because of god, but because of the world. God is not slaughtering gays and Christians, mankind is doing that. Ungodly people are doing that.

When I was in Dhaka they were rioting because some students got killed in a traffic accident. A lot of crazy stuff was going on politically at that time. The worse traffic you would ever see, the world's largest refugee camp and there were women wearing their Hijab everywhere, which honestly freaked me out because Most Americans have a stigma against Muslims because of 9/11.

For me, my life is dangerous for a lot of reasons. I even have to hide my black roots sometimes. Animals  camouflage themselves so they go by unnoticed and are not attacked by predators. I am not an animal and my body is not naturally designed like a stick to fit in with sticks so it gets hard, but like them, I have to shapeshift to survive.

Some people might call it lying. Are you gay? No. Do you like men? Yes. Are you a Christian? If you are a Muslim, No because you might try to kill me, but it's survival. Many people mock me if I tell them I believe in God and many people mock me if I show my true feelings for a woman, so I have learned to hide and feel shame throughout my life.

Even in the 21st century much of the world is still very racist and prejudice and enlightened, so my life has been very hard because of the world and I have found solace in god. I was always deeply spiritual, but I was also a lesbian. For a time I rejected Christianity when I was falling in love for the first time with a woman because so many Christians attacked my heart. Then for a time I rejected being a lesbian, I thought my life is hard because I am sinful and the Christians of the world are right. It took me a long time to reconcile both sides of myself. In fact, I think I am learning to harmonize with myself as I write this.

Because of the way the world attacks those who are different even as a grown woman I try to bury this beautiful part of myself that loves God and loves women. The most painful part about being a lesbian woman is watching the few other lesbian woman I  find on my journey reject themselves and their love for me or other women underneath the shame they feel.  It's this total Tarzan moment where Tarzan sees other humans for the first time, but he's afraid the gorillas will kill him if he is really a human. Well, that's not exactly what happened in Tarzan, but you know what I mean. You finally met someone like you and it's rare and it's beautiful and you reject it because you are worried about the opinions of the wicked world.

There is nothing worse than finding love and both sides are too ashamed to fall in love it out of fear of what others will think.

If I were a lesbian woman without being a Christian woman, I am certain  I would be dead because how would I have had the strength to combat the world. Who would comfort me in my loneliness and depression? Who would fill me with strength?  Most people from the world say if I am gay I cannot be a Christian.  Honestly, because of the attacks on me because of the world, it's amazing I have not been murdered. It's amazing I am alive. It's amazing I have not fallen into the deepest depression and committed suicide.

Well, I am here to tell you I can and this is between me, my wife, and god. The world is no longer allowed to ask to reject me and bury myself and live a life in denial and repression to make them comfortable with what they think they know about, god or life, or the bible or love. Who I love is divine. It is not a sin. Over the years, I have heard so many people misrepresent the story for Sodom and Gomorrah. That story is about rape, no same love.


I do not have time to study the bible with you in this article, so here is the cheat sheet, which is 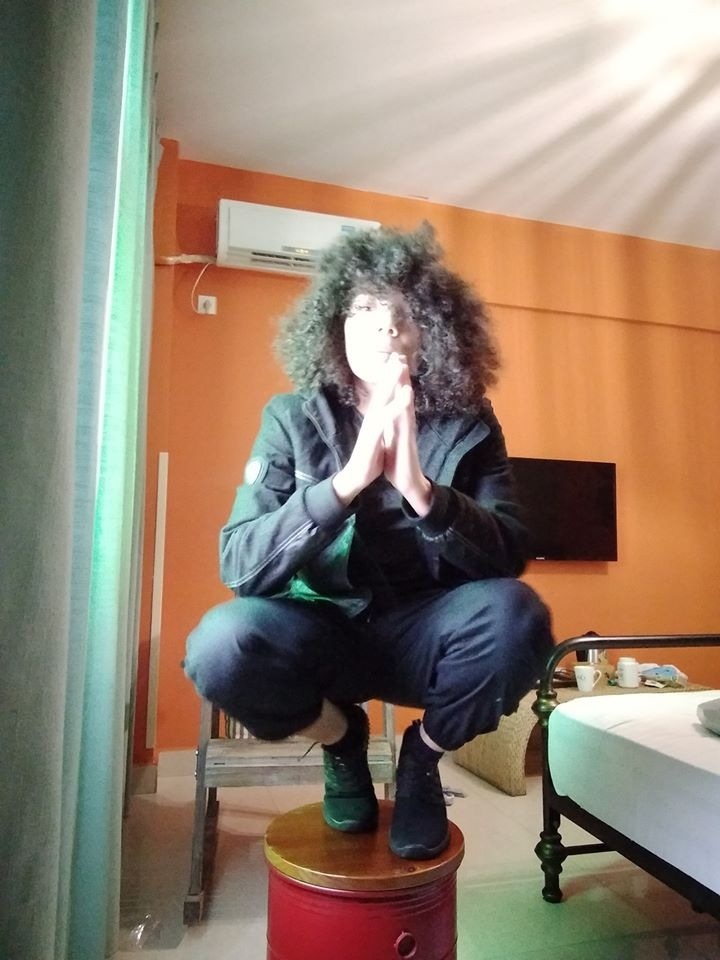 Looking at the cheatsheet, isn't everyone with an Instagram account and a selfie stick making themselves into an idol. I don't think I have ever met a single person that was not envious of their neighbor's goods and trying to keep up with the Joneses. Credit card debits speak volumes, but I am not going to analyze all the sins in the world or what people do wrong.

"I am done hiding the most beautiful parts of myself because of the world because it is the world who should feel ashamed not me." - Lyon Amor Brave

Lyon Brave Romans 8 is "Life in the Spirit" What, then, shall we say in response to these things? If God is for us, who can be against us? He who did not spare his own Son, but gave him up for us all—how will he not also, along with him, graciously give us all things? Who will bring any charge against those whom God has chosen? It is God who justifies. Who then is the one who condemns? No one. Christ Jesus who died—more than that, who was raised to life—is at the right hand of God and is also interceding for us. Who shall separate us from the love of Christ? Shall trouble or hardship or persecution or famine or nakedness or danger or sword? No, in all these things we are more than conquerors through him who loved us. For I am convinced that neither death nor life, neither angels nor demons, neither the present nor the future, nor any powers, neither height nor depth, nor anything else in all creation, will be able to separate us from the love of God that is in Christ Jesus our Lord." I encourage reading this out loud to yourself everyday As I encourage you "Brave Lyon ... I encourage myself ;~)

Lyon Brave I had to ponder your post "Brave Lyon" ... One thing you said did stand out "There is nothing worse than finding love and ... (being) "ashamed" ... ... the thought of "finding LOVE and being "ashamed" took me to this Scripture ... "For I am not ashamed of the Gospel ("good news") of Christ, for it is God’s power working unto salvation [for deliverance from eternal death] to everyone who believes with a personal trust and a confident surrender and firm reliance ... Romans 1 (Amplified translation) Just as love & hate cannot dwell very long in the same heart ... neither can truth & untruth: acceptance & rejection Be in the Light ... be well precious one ;~) You are in my thoughts & prayers