Freedom is our birth rights as human, but mankind has made mules of its fellow man and justified it. Trading flesh for money is the world’s oldest profession whether we are talking about slavery or prostitution. There are 29.8 million people living as slaves right now in the 21st century, according to a comprehensive new report issued by the Australia-based Walk Free Foundation. 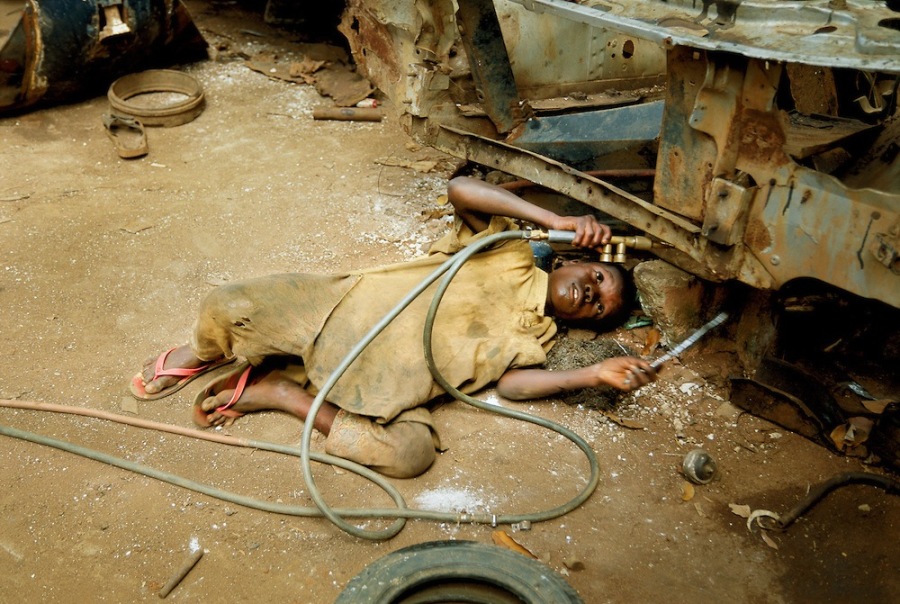 This is not some softened version of slavery we are witnessing either. These people are kidnapped from their homelands and stripped from their dignity. They are made to work with no pay, forced into the sex trade and forced into marriages. 1 and 25 people are enslaved in Mauritania, this is a country where you are likely to see the most slavery. Slavery is also distressingly high in Haiti, Pakistan and in India. Countries with extreme poverty, high levels of corruption and toleration of child "marriages" are more likely to have slaves. 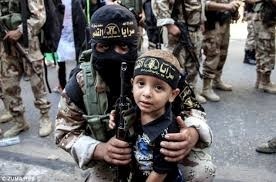 Countries who discourage discrimination, which means we don’t treat women, minorities and certain religious ethnic groups as unworthy and inferior beings, have less incidences of slavery because they acknowledge and try to protect the inherit value of all human life.

Thus rich, developed countries such as Australia and America tend to have by far the lowest rates of slavery. Yet, there a least 60,000 slaves currently in America. The report says that effective government policies, rule of law, political stability and development levels all make slavery less likely. During a drug sting in Florida, sex trafficker and drug dealer Kery Rodriguez was arrested. He has gone on the record to say, “If you want them young, normally those we have to take by force. The key is to keep them drugged, and locked up, and have them at gunpoint.” Max Fisher wrote, “A less visible but still prevalent form of slavery in America involves illegal migrant laborers who are lured with the promise of work and then manipulated into forced servitude, living without wages or freedom of movement, under constant threat of being turned over to the police should they let up in their work.." 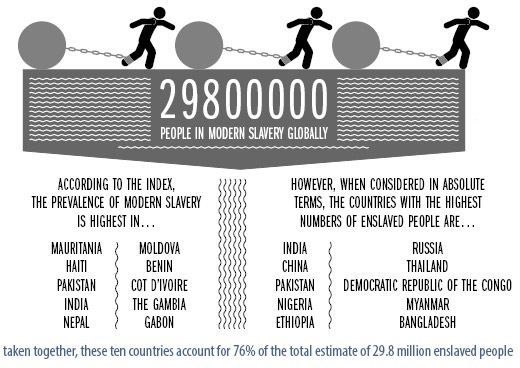 Besides taken advantage of immigrants, refugees, and of course women, children are often used for work, sex, and watchdogs. Some countries even have child soldiers running around gunning people down, which means the whole regime lacks honor. Thousands of children have served in both government and rebel forces in Chad and that is just one country. Thousands of boys serve in Burma’s national army. Children are also recruited by Sudan, Somalia, India, Iraq, and Yemen just to name a few. 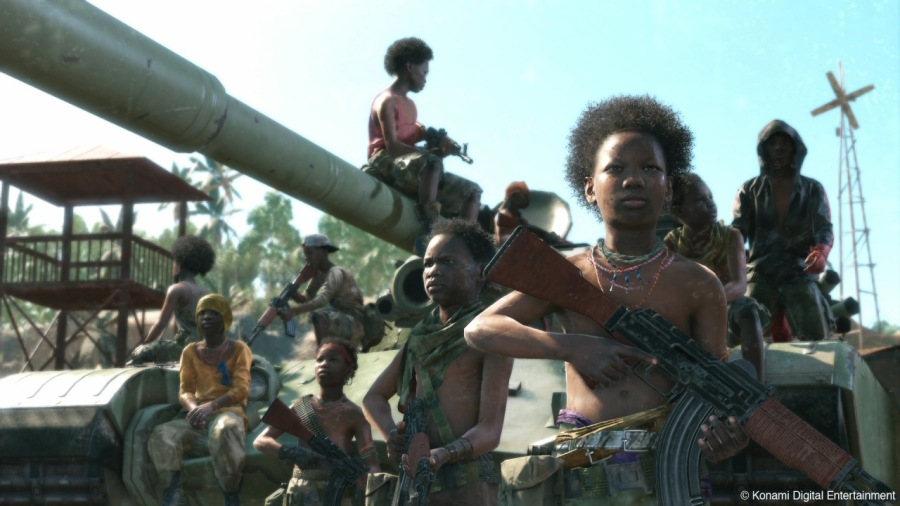 Now we should not tolerate pimps and sex traffickers in our cities and we certainly shouldn't tolerate rebel forces training children to become cold murders..There is nothing moral or normal about valuing money over human life. Money is worth much less. These people who value money over life have probably come from a life of poverty themselves. One thing most slaves have in common is they all came from a life of poverty, the cruel prey on the already vulnerable. All people have the right to freedom and make their own decisions. One should never be forced to stay in a hostile environment or sleep with another out of fear of death. We can eradicate the world from slavery with non-violence. We do not have to murder every pimp and slave owner there is, but we do need to bring these people committing crimes against humanity to justice. They themselves need to feel what it is like to be imprisoned and have their lives stolen. 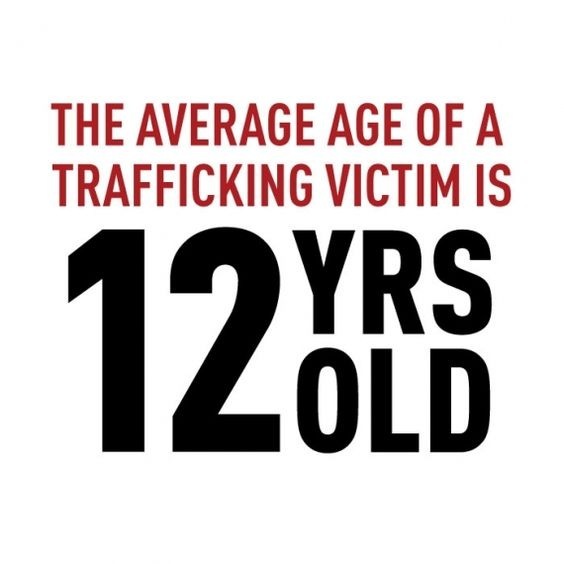 The conflict usually arises because one side wants power and money and the other wants freedom.

We are not meant to live in competition with each other. We are meant to live in cooperation with each other. In nature, nothing takes more than it needs, but in human society we have words like hoarders and greed to describe these imbalances. When one man takes so much food it sits and rots in a corner, while his own body becomes obese, another man starves. This makes no sense and is harmful to both parties, but this is a practice of both individuals and large corporations. This way of living has become coming among humans. The medical field has a term for what happens to the body when it takes more than it needs, they call it cancer.