There Is An Eminem In All of Us: I Believe In Eminem & Slim Shady! 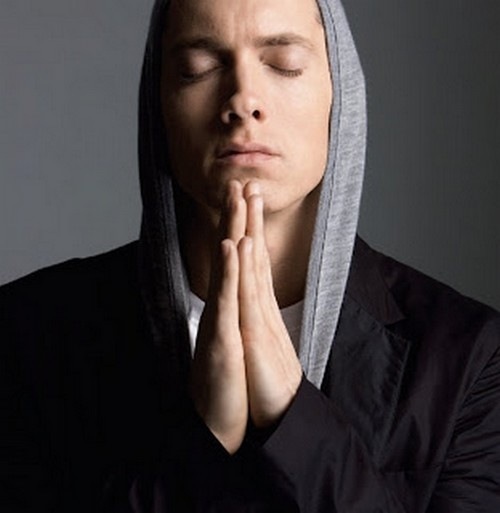 Art is not created to be polite, and Eminem’s often record-breaking career is one to be praised, even if it is vulgar and jarring because it was also poetic and artistically brilliant.

Eminem is the best-selling artist of the 2000s in the United States. Throughout his career, he has had 10 number-one albums on the Billboard 200 and five number-one singles on the Billboard Hot 100. With 47.4 million albums sold in the US and 155 million records globally, he is among the world's best-selling artists. Additionally, he is the only artist to have eight albums consecutively debut at number one on the Billboard 200.[1] Rolling Stone ranked him 83rd on its list of 100 Greatest Artists of All Time, calling him the "King of Hip Hop"
Wikipedia

Though Eminem has been widely revered in the music industry, he  was also considered a sick violent voice in the music industry and was accused of making teenagers violent and psychotic through his aggressive lyrics. Some parents even tried to blame him for school shootings and parental figures certainly tried to get his albums banned.

It is safe to say though some of us thought of Eminem as the King of Hip Hop, just as many people thought of him as the White Devil.  This controversy is what made him so great. He scared the  public and made parental figures everywhere pick up pitchforks in an attempt to ban him. 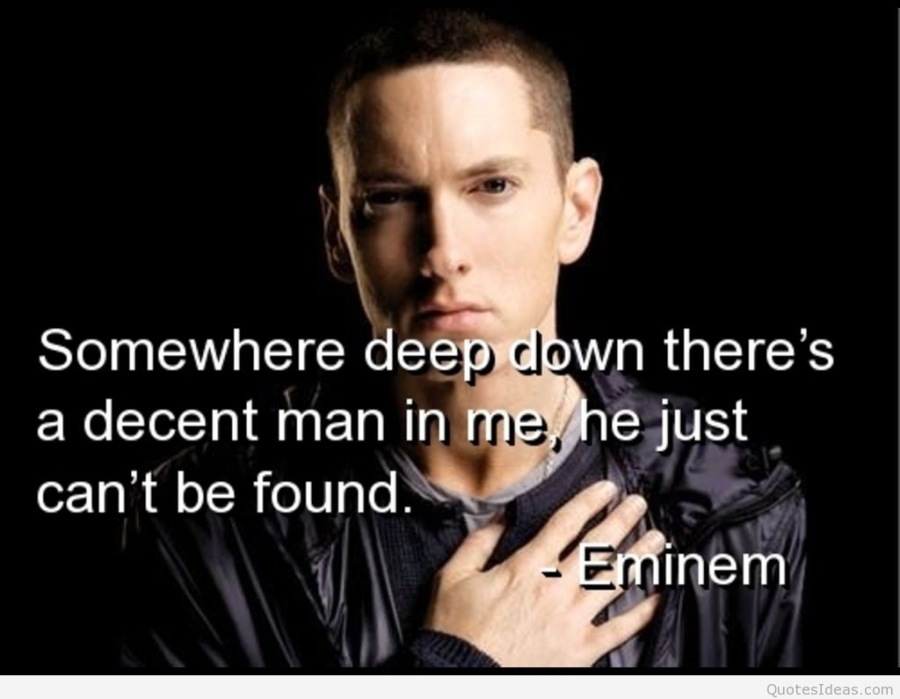 When people started to listen to Eminem they got afraid their child would listen to Eminem and stab them in their sleep for representing everything they hated about white America. Thirteen year old boys everywhere got their Eminem CD's snatched up  because he expressed himself in a violent explosion of passion and changed the way we thought about music and rap as a genre. He brought a lot of heat to the feeling of being pissed off whether it was at your girlfriend, your mom, your bully or yourself.

People were offended by Eminem for good reasons.Not only where parents hating on Eminem's career, but so where most black people. In a way he took rap and turned it into a teenage, white boy opera, robbing it off it's authentic culture.  As a general rule, rap belongs to black people, so it was jarring if not repulsive for many people to see this white dude spit on the microphone about murdering his mother and his girlfriend Kim.

Though Eminem has won many accolades at this point in his career and has collaborated with top names in the music industry including, Rihanna, Elton Jhon, Gwen Stefan,  Dr. Dre  and Little Wayne he is still considered to be a mediocre artist, by many fans of the rap genre and it is not because of his skin color, it's because of the subjects he talks about and the way he expresses himself in what could be considered an adolescent manner. Though Eminem raps about politics, he mostly raps about domestic violence, difficulties with his parents and romantic relationships, and being depressed as a white boy with lots of money and drug addictions.

In spite the backlash he has gotten from the greater community, I am a big fan of Eminem's work. Criticism goes hand in hand with discussing any and all art forms. Eminem is to be admired for his artistry. He painstakingly crafts lyrics until they are a flowing riddle of genius. He pays homage to other artists in his work and is not afraid to blend his sound with others. 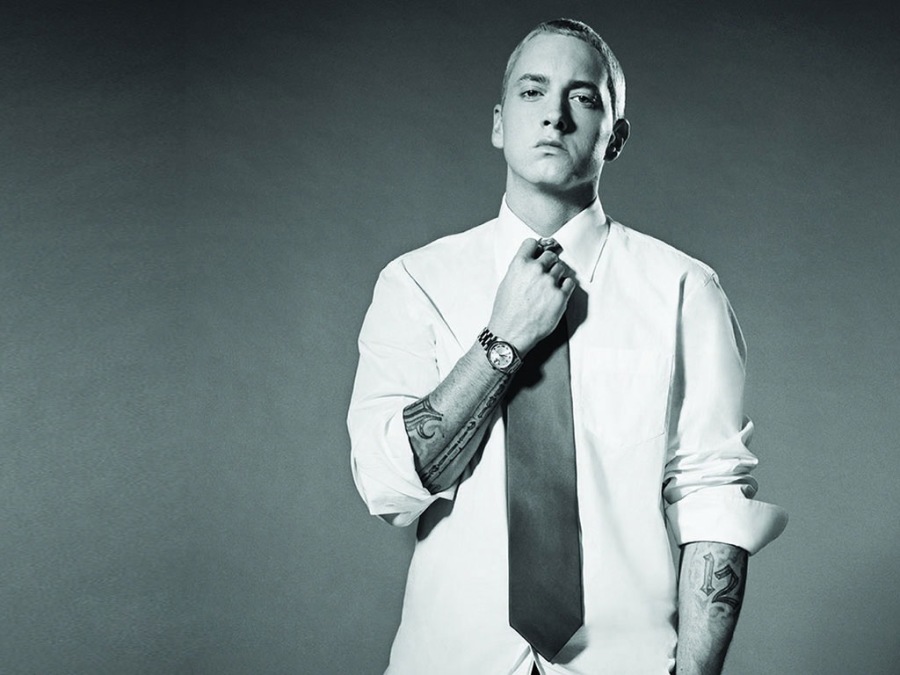 Eminem is one of the first artist to blend rap with rock. Because of all of his musical influences he really  started to bend rap music into something else altogether.  In Eminem's world rap had no formulas, rap could be any thing, Often Eminem's lyrics where so powerful that they tended to work like movie scripts, creating vivid characters in the minds of listeners. In his early career Eminem would use a variety of Alter Egos in songs, which made his work dramatic and theatrical. Eminem nicknamed himself the Shakespeare of rap, and this was a very fitting title for his dark theatrical sensibilities,  complex rhyme schemes, bending words so they rhyme,  multisyllabic rhymes,  and many rhymes to a bar.

Eminem is also one of the first rappers to flat out use colorful and strong characters in his songs. Not only where his songs violent and theatrical, but his work was often humorous, making fun of the entire rap game and music entertainment industry at large. His best-known alter ego, Slim Shady, first appeared on the Slim Shady EP. On this album he made fun of Carson Daily, Christina Aguilera, and Brittany Spears and many more.

Eminem has not always been mature or tasteful in his career. However, he has always been passionate and noticeable. Because he has done so much experimenting in his work, a lot of his music isn't even technically music, but monologues. It has taken Eminem many years to find his authentic style and voice in the rap game. In some ways, he is just getting started as a true and extraordinary talent. His music has come along way sense the beginning. You can hear the shift from boy to man.

There has been great evolution in his work. I personally find his early years just as distasteful as the majority. However, now much of his work is empowering. His work went from being about being pissed off at his mom to overcoming life. Eventually, his worked stopped being about anger and became about strength and triumph. In his life Eminem has been a deeply troubled man and it shows in his work, but also through his work we can see healing, we can see change. We can see a man in recovery, a man who has withered the storm.

There is an Eminem in all of us.

Lyon Brave Very good post Lyon. I happened to be a big fan of Eminem- a bit of Eminem definitely in me:)

I love the title of the article :-) Tour de force it has been for him to get his work in the mainstream arena it does not happen very often with artists with such a high level of artistic integrity, the reaction from many reminds me of the introduction of the Explicit Lyrics stickers in the early 90's on Metal, Punk and Hard Core LP's mainly we ended buying those as a matter of priority :-)