The One Percent Is A Mentality 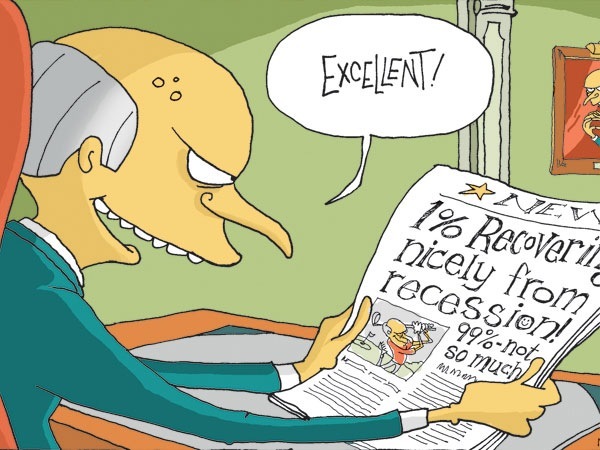 There is this great quote from the movie Up In The Air. George Clooney’s character asks, “How much did they first pay you to give up on your dreams?” and the answer is 27 grand a year. That’s not a lot of money. It’s certainly not enough to be miserable and bitter for the rest of our life, but that’s what the majority of us sell out for.

America is supposed to be this great country where dreams come true. Dreams do come true here, but mostly what I see is people giving up on themselves and settling. We are the most depressed, homicidal, suicidal, drug-addicted country there is. Our system rewards deadbeats and neglects people who actually try, and on top of that, most Americans are unenlightened, self-righteous, small-minded people who have no global awareness. They are too caught up in the hustle and bustle of corporate life and not really giving a shit about higher humanitarian causes.

Bill Gates is in the 1 percent. Bill Gates isn’t some money hungry asshole. He gave us Microsoft, which gave us Xbox and the program Microsoft Word, which I’m writing this document on now. He earned his money through innovation and technological breakthroughs that were pure genius, and he is like the biggest do-gooder in the world.

So why do we hate Bill Gates? The answer is our own apathy, and we are haters. Everyone wants to blame this “illusive one percent” for being poor or some conspiracy group called the Illuminati for their poverty, but the truth is most people took the easy way out and didn’t try very hard at making their dreams a reality, so they attack really cool people like Beyoncé for being extraordinarily successful. It’s not rich people’s fault they are rich; it’s their blessing, but it is your fault that you are poor.

It’s not your fault you were born poor, but it is your fault if you stay that way because America is the land of opportunity. Opportunity isn’t a handout. You still have to get up every day and bust your ass. If you keep continuing to be the 35% that tries to get a free handout instead of working and educating yourself, you don’t deserve a Bentley or a vacation home. I’ve heard so many people say they won’t go get a real job because they are afraid of being taken off food stamps, or that tiny check they somehow managed to get for a bullshit disability claim like depression.

Tip: Instead of complaining about the 1 percent, why don’t you try to become one of them? Instead, most of the Americans I know are eager to try and join the 35% living on fairly generous government handouts that taxpayers pay for. If I hear one more ignorant mom say, “I’m going to have another baby to get more food stamps,” I’m going to lose it.

FYI: This article is really not here to offend anybody, but I’ve been homeless, evicted, orphaned, black, gay, depressed. I’ve got every excuse in the book to give up and collect a handout, but I’m a college graduate who has been to China, Hong Kong, Thailand, and Laos. So many people say they can’t travel because they are poor. That’s another excuse. I traveled, while I was poor. 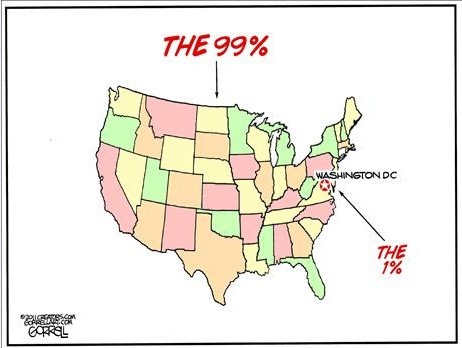 When we are children, we have this glorious belief in ourselves. We feel magical, capable, and invincible. We think we can fly, become astronauts, doctors, pop stars, and even superheroes. We run around in capes and save the day. Then one day, everything we were so sure of gradually disappears until we are nothing more than scared adults who sink into a mediocre life as if captured by quicksand, until we are so submerged we suffocate in laundry, dead-end jobs, and bills that go to a car that’s not our dream car, and a house that’s not our dream home, and a partner who doesn’t really get us, but our friends and family rushed us into marriage.

This normalcy, this mediocrity, this life of living paycheck to paycheck, the mundane most people seek, I’m so afraid of it. I’m so afraid of my inner confidence collapsing and settling for a life I don’t really want. I love being angry and discontent because it’s how I know it’s time to make better changes for myself.

I’m not afraid to say I’m not happy at this job, or I don’t want to be with a guy, or I don’t like Ohio because it’s cold. You only get one life, and I’m not going to spend it complacent and traumatized by a near-death experience. I’m not going to stay at a dead-end job that I hate to keep a shitty little apartment over my head. I’m going to take chances and be brave because it’s called a leap of faith, and I have faith in myself.

#4
you are bright, you have exposure, experience and a unique perspective. Its just that a rant can run in a loop, we all get loopy :)

#3
Devesh Bhett. i think you have some very good thoughts and a very bright mind yourself. I will try to get more travel articles up in the future. Thank you for reading and sharing your thoughts.

There is no harm in being mundane and mediocre, there is great harm in hating others for doing better in life and a greater harm in assuming oneself as mediocre hence a failure. If a person is living of others, Govt, that person has refuge, what that person needs is empowerment, bad times should not be a reason to generalise and categorise people. The Govt and society ought to keep empowerment at the core, you have seen Asia, rather than picking up the negatives from everywhere ( reference to your Thailand article) why not ponder on the applicable side of the positives, be the vessel of awareness both sides of the bridge...you know how to voice your opinion and create a great impression..why not do some good just cause you think its right... If no one listens, you still have a piece which might inspire someone.