It almost feels as if I have lived there for many years.

I have a well-tuned familiarity with the island city.

Truth be told, I have never ventured far from the confines of the Shangri-La, Westin or wherever I holed up. I know well the inner workings of the sprawling shopping arcades but that’s about it.

I never really enjoyed the Pearl of the Orient.

Expats who have made Hong Kong their home absolutely love the place, but to me it’s a wee bit dingy, achingly decrepid, and overwhelmingly pretentious. 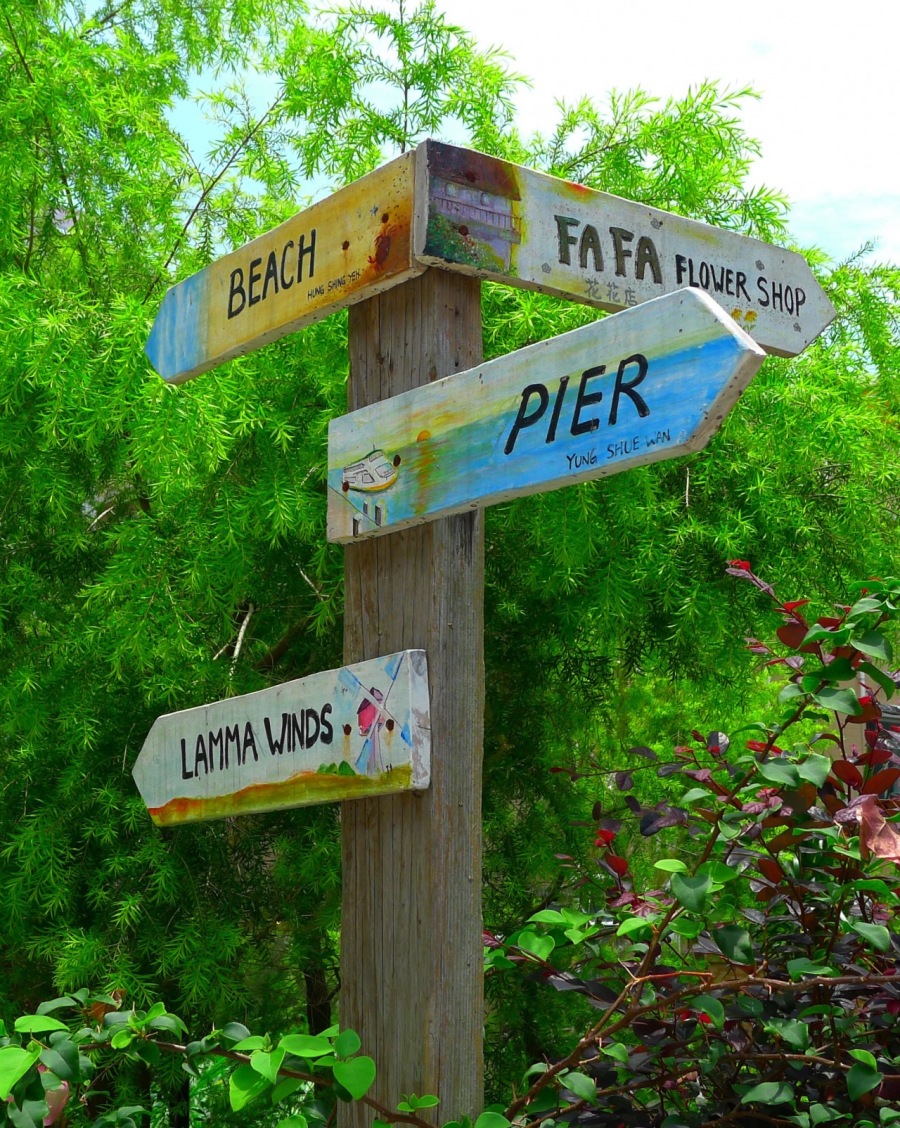 When I get a free day off, I often hop on a ferry, clueless as to the destination.

One such ferry took me from the Central Pier 4 to a delightful gem of an island about a half hour away from the hustling metropolis.

This was Lamma Island, a sleepy home to about 6,000 farmers, villagers, and fishermen.

The island got it’s name by mistake when a Scotsman by the name of Alexander Dalrymple misread a Portuguese chart of the Pearl River Delta which mentioned that the seabed off the island was muddy and too soft to anchor. The Portuguese word for mud, "lama", was written neatly on the chart and the Scot deduced that this was the name of the island. 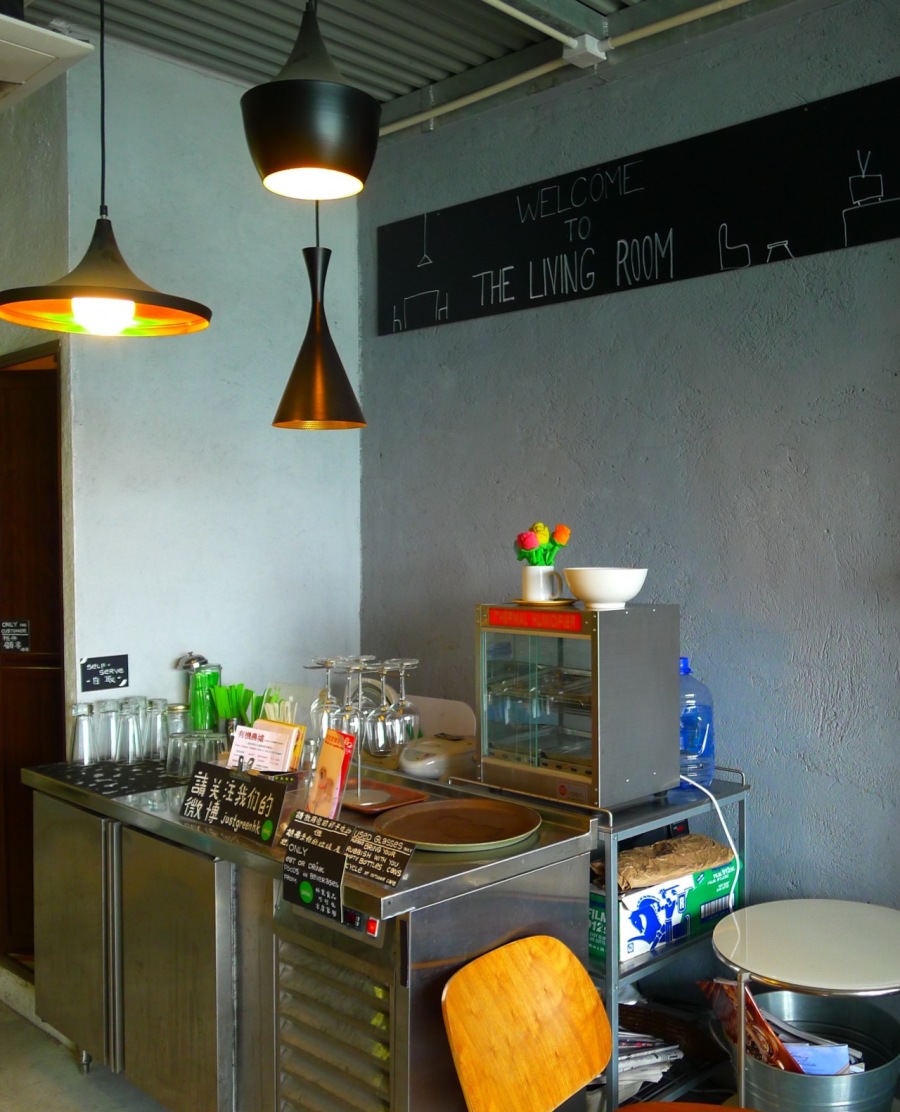 It’s a quaint little part of the world avoid from the hedonistic trappings of its neighbouring metropolis. One can delight in the abundance of seafood on offer at the various grub holes dotted around the tiny port, or wonder aimlessly through the docile village. The town is peppered gently with artisanal cafes and trinket shops and the narrow pathways are devoid of automobiles.

It is said that the bulletproof monk himself, Chow Yun-fat was born and lived his early life on this island. In between farming the fields, he’d often help his mother sell the deliciously Chinese desert, herbal jelly, on the streets.

I stumbled on a tiny shop selling vinyl records. It was out of pure nostalgia that I bagged myself a dusty old copy of Roxy Music’s Avalon. I don’t have a turntable to play it on but never mind… 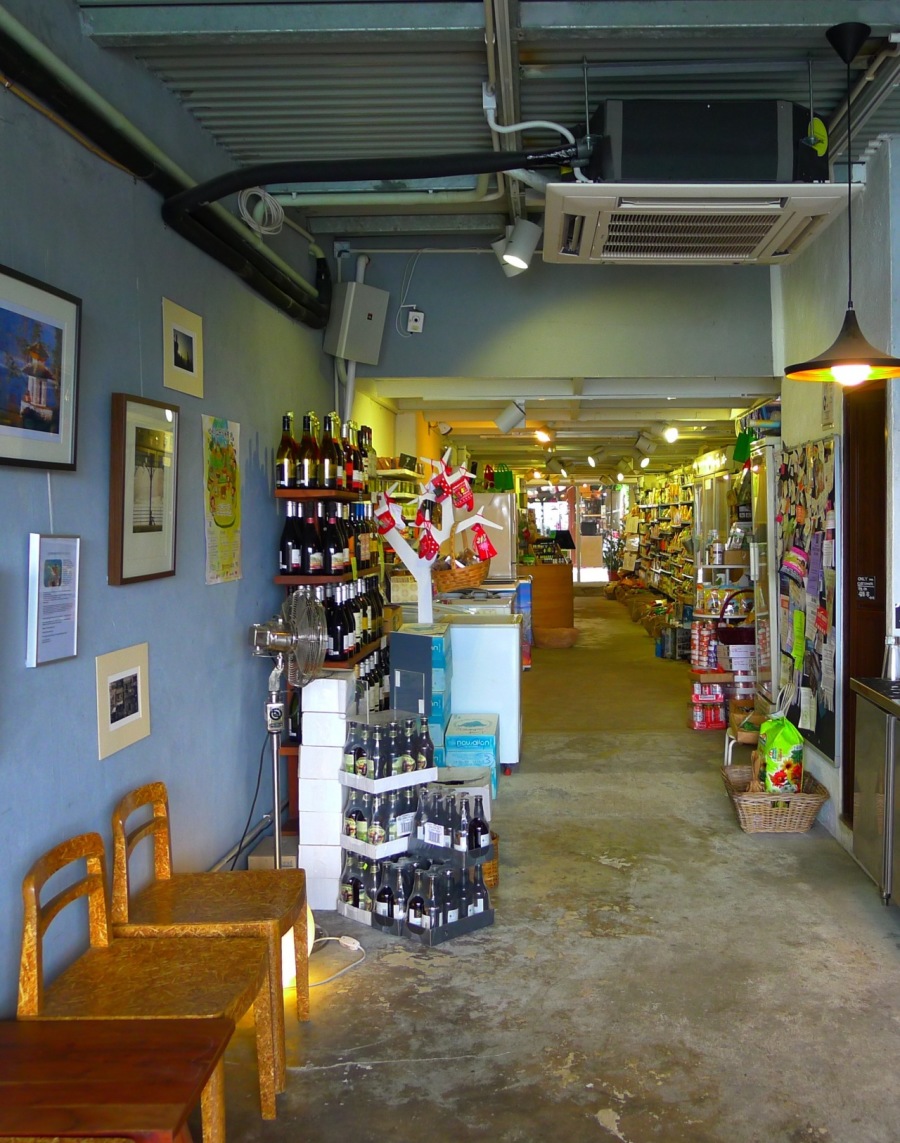 Hong Kongers come here to trek, or frolic on one of the many alcove beaches. It is a welcome respite from capitalism, a small glimpse perhaps at pre-money Hong Kong. Time spent chilling here and one starts to pontificate whether to board the return ferry or not.

Reluctantly I walk back up the plank. A return to pretentious society for some afternoon tea at The Peninsula Hotel.

It’s not all bad. 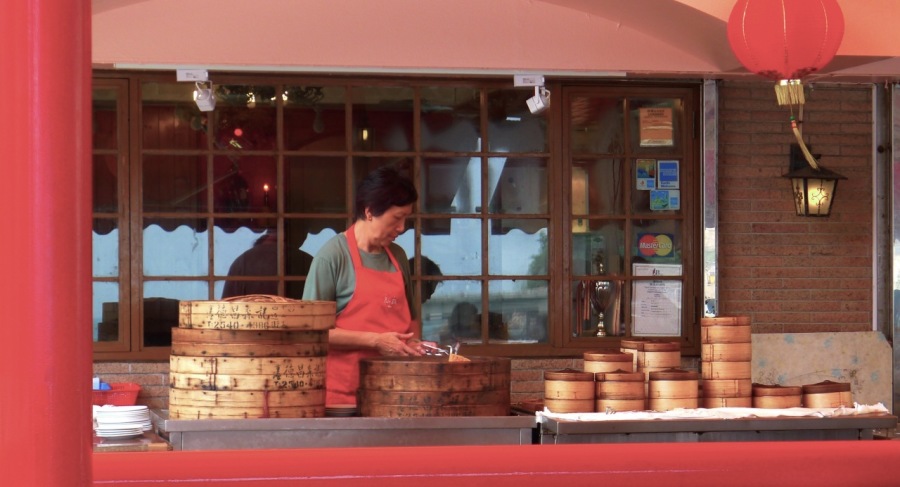 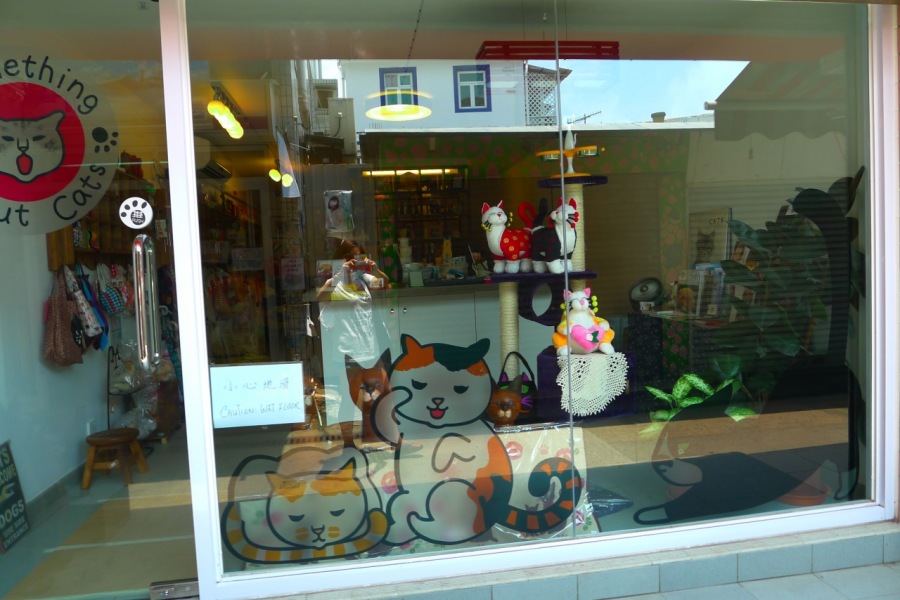 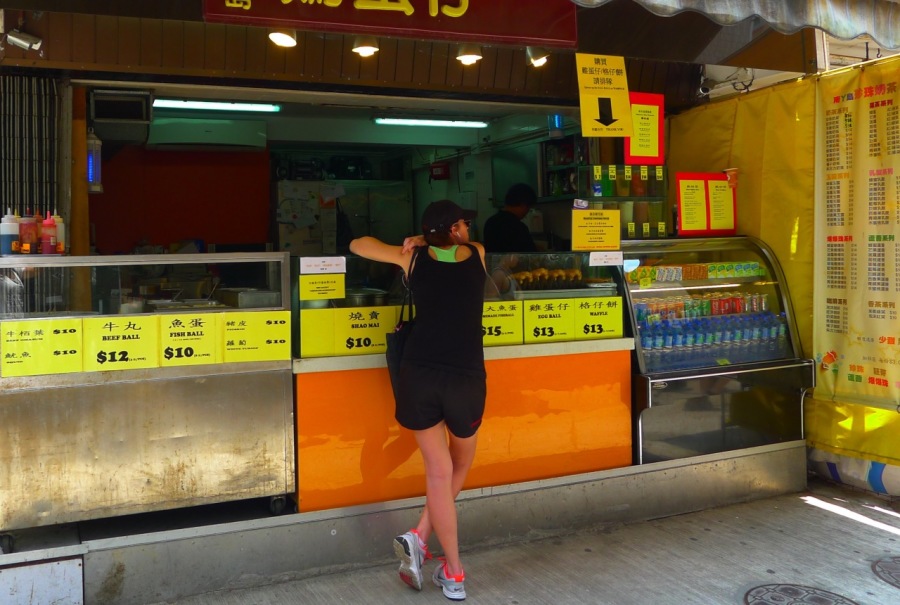 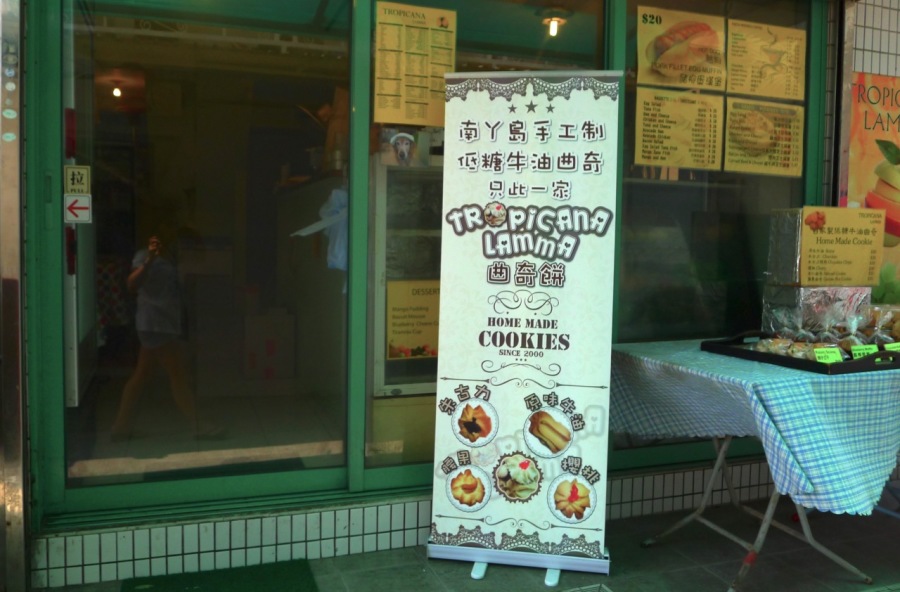 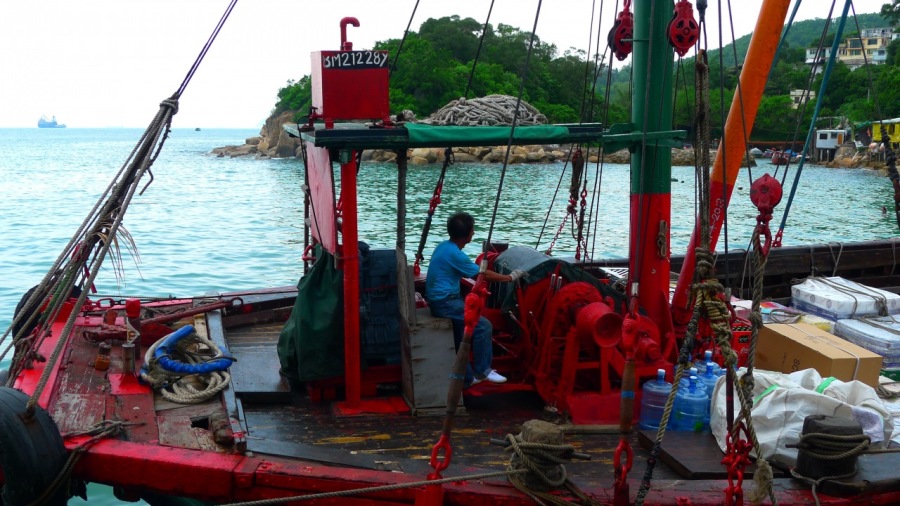 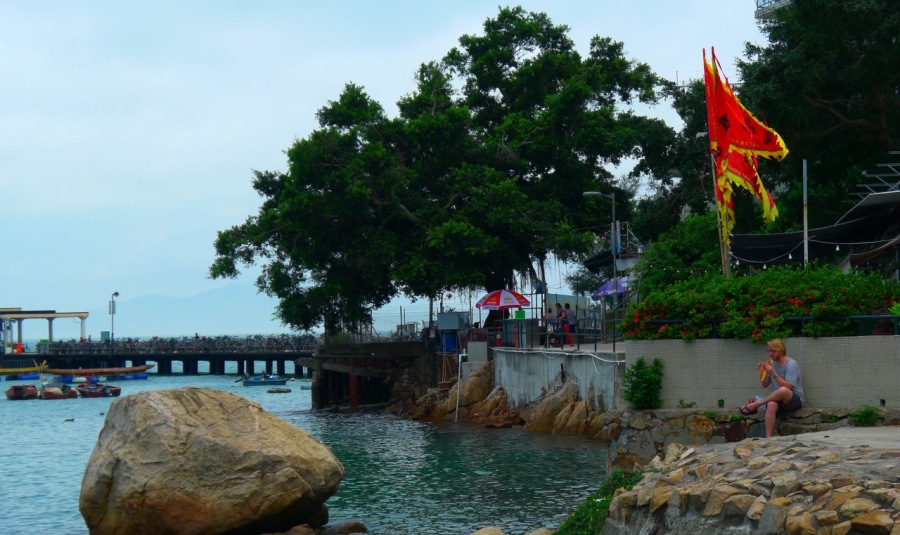 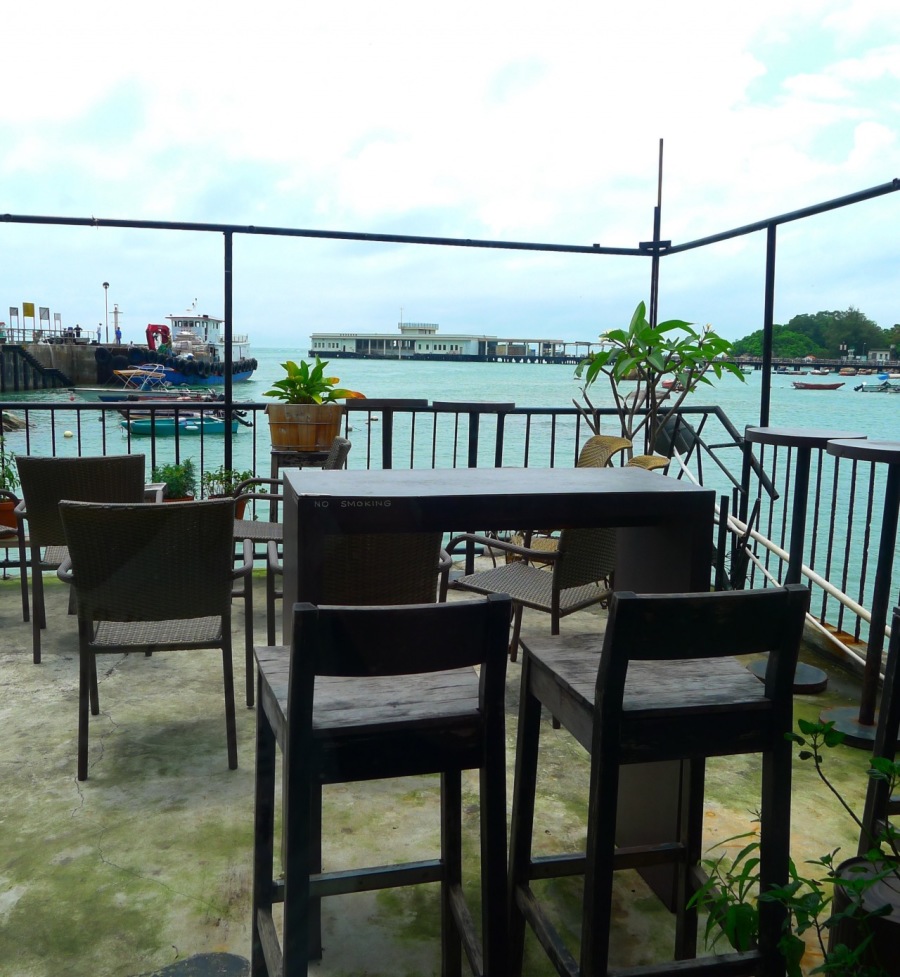 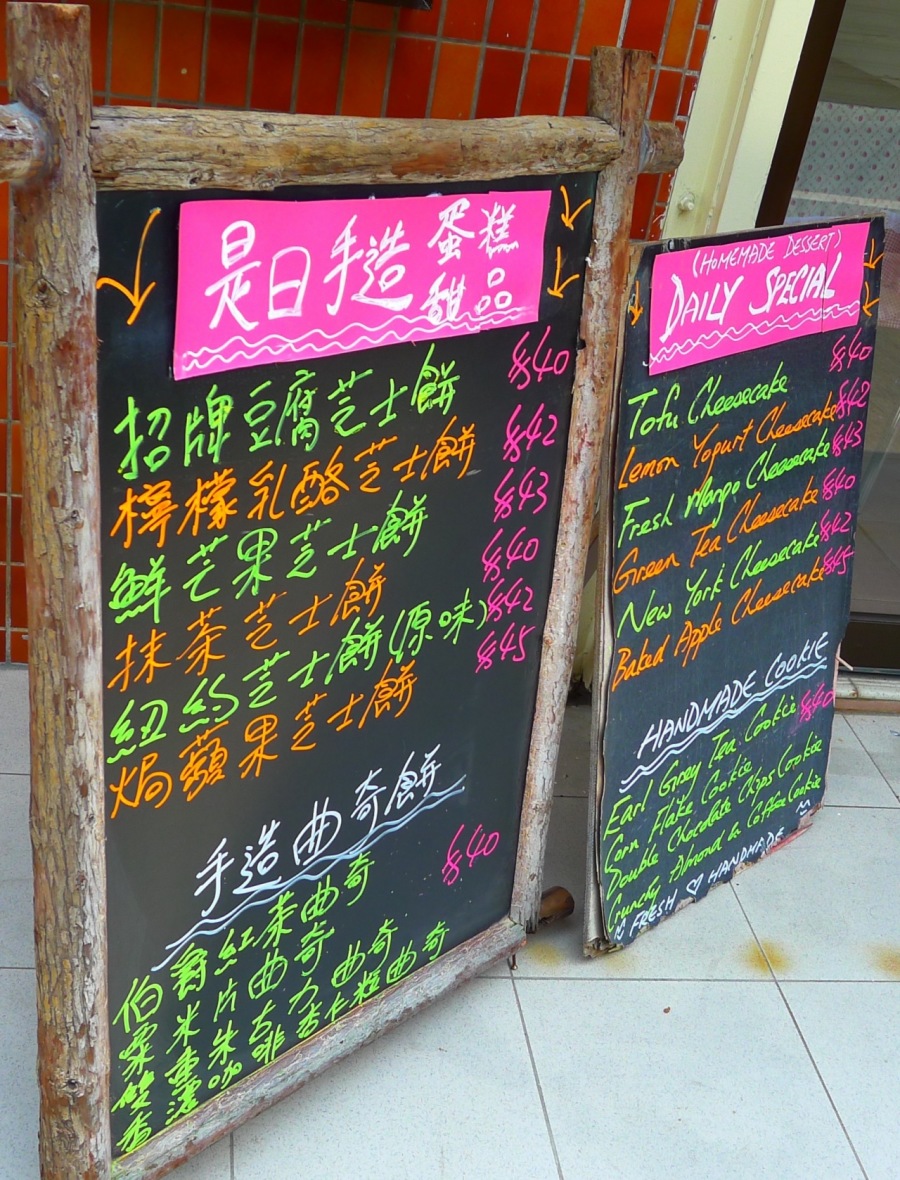 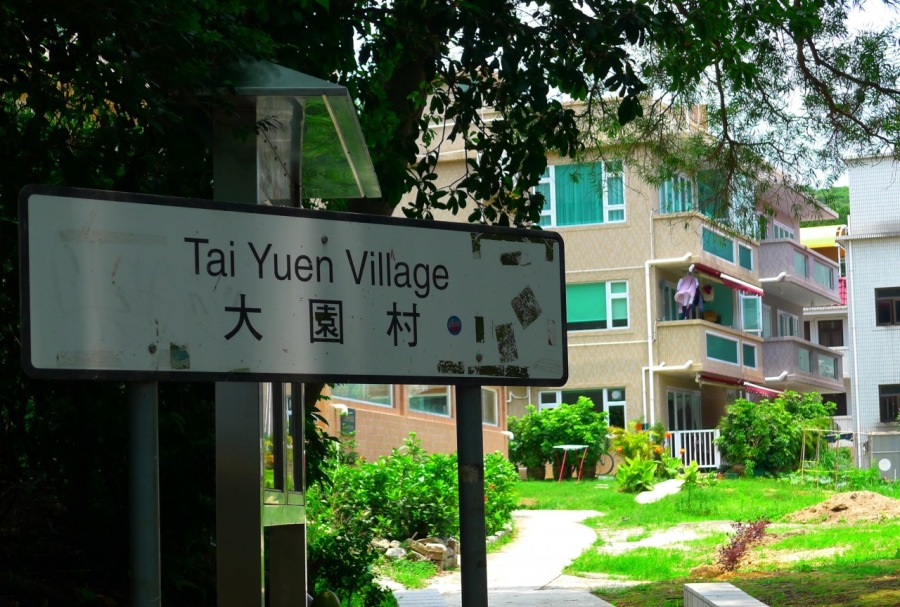 Great Buzz Dean Owen ! looks like a place I would love to see. Roxy Music Avalon! I had that record! LMAO! Great album...Does it fit in your DVD player?

Love the buzz and discussion Dean Owen. Thanks for letting me have a peek of a corner of the world that I would not have had a chance on my own to see.

#27
We can meet up first... just need two more females and we will out number the boys Aleta Curry ;-) I still vote for the boys for our tour guides... these men have all been places I can only dream of.

#19
#17 #20 Well boys, I feel honored. I sure would have the bests travels hosts a gal could ask for! Ok, I need a gofundme page so I can begin my journey LOL!

Dean, Thank you. What I like about your posts is the fact that you understand the human need for calm even within the spectacle places. You make armchair travel worthwhile.

#21
Not sure about the pink shirt, but wearing pink Bermuda shorts on a United Airlines flight would be an obvious target for the eviction brigade. Trust you will take the belt and braces approach to travel in future and both avoid flying United and wearing clothing potentially hazardous to your health. 🤣

#18
When you mention the guy in the pink shirt, it would usually be me but not in this case. I think he paddled to the island as the only other option was to take a United flight.

#15
#16 #19 then a temple tour of Asia, Borobudur, Angkor Wat, Kinkakuji, and Jokhang in Lhasa! Book your tickets Lisa, just make sure to avoid United!

Ken Boddie in the magical east.

Hey, Dean-san, been running round like the proverbial blue ****** fly, preparing for my trip to Nippon, and only now have I had a chance to look at your photos on my Mac, instead of my iPhone. Tell me, what's the guy in the pink shirt doing in the bottom pic? Looks like he's paddle boarding, which seems quite improbable.

#15
Just heard the latest fake news, Lisa. Galactic Airways is commencing direct flights from Pennsylvania to "China, Singapore, Bali and more" as soon as the price of bacon goes up dramatically (i.e. when pigs fly). 🤣 Come on over to "where no Trump has gone before". The 'Boys from the Gap' (Dean Owen and myself) await your arrival !

#8
Until I joined beBee Dean Owen who've shared so many wonderful buzzes about places you've actually visited and/or happen to live in. You men need to collaborate and put together a travel website ;-) I would love to be able to hop on a plane, well that may be a few planes before I finally hit my destination, right?

#4
#5 I'm far from what one would call posh. Perhaps I qualified at one stage as a wannabe Sloane Ranger (having lived off Sloane Square for 10 years), but I never had the pair of wellies and Landrover. That said, I do come down on the side in Aleta in this matter of huge importance! And yes, afternoon tea at the Peninsula is highly overrated, and what idiot thought inventing cucumber sandwiches was a good idea!

#4
It's a bit of a mess for a large metropolis isn't it? And those sidewalks in the rain are a nightmare! There are plenty of hip joints and cool restaurants that keep the expats happy, and sheesh do they go on about the amazing trekking to be had. I can understand the attraction if it is your first time living in Asia, but so many cities offer so much more....

Dean Owen Ahhh we are in sync on our feelings about HK. I used to find it so, so exotic but now it hold absolutely no appeal . Mind you tea at the Imperial or a night or two at the Shang- ri - la still lures me back from time to time. A week there is too much and lamma island has been a great escape on two or three occasions. Great piece as always ...cheers

#3
Stay away from Pacific Place! That shopping centre is deadly! Yeah and afternoon tea at The Peninsula is like downing a cornish pastie and coke in the middle of Waterloo station, to be avoided (much prefer afternoon tea at the Waldorf Shanghai if ever you are here). Oh and I recall once taking what I thought was the Star Ferry across the harbour, but four hours later I arrived at some far off island only to hop back on the same ferry as it was the last one for the day, so beware! To this day, I've no idea where I went...

#2
I'd be surprised if their were an abundance of artists on Lamma. The landscapes are nice but nothing spectacular, and from what I understand, artists need an abundance of watering holes and while there are a few bars, it's hardly inspirational....

#1
Well there are literally thousand of little islands in Asia for you to discover Lisa but be sure to avoid those under dispute! (Taiwan being the obvious exception). Hop on a plane and come on down!

#4
When I was being dragged up in Scotland, Aleta, our 'dinner' was our main meal at lunch time and 'tea' (neither high nor low) was our evening meal. 'High tea' was what the toffs had in the late afternoons. As far as I remember the colonial tradition among the upper echelon both in Singapore and in HK was to "partake of high tea" , but with the pinky elevated of course. But I would caution you against accepting the ramblings of an aging common as muck dirt doctor, which should best be taken with a pinch of salt. 🤣

Will be in Honkers in a few weeks time. I love island exploring and the ferries but the boss loves shopping So guess what we'll be doing most, Dean-San? Mud Island eh? Doesn't quite beckon like Lantau or some of the others but gotta be better than high tea in the Peninsula?

Nice one, was also told it is sometimes a retreat for artists now I dont if they are of the pretenytious kind :-)

Wow, it looks beautiful!! I love quaint villages. Leave it to a Scotsman to think the Islands name was Lama, it must have been my Uncle. ;-) I'd much rather find the off beat and path places to visit than large cities bustling with tons of people. The picture of the patio overlooking the water, did you eat there? Nevermind, that food is always on my mind! Gorgeous Dean Owen