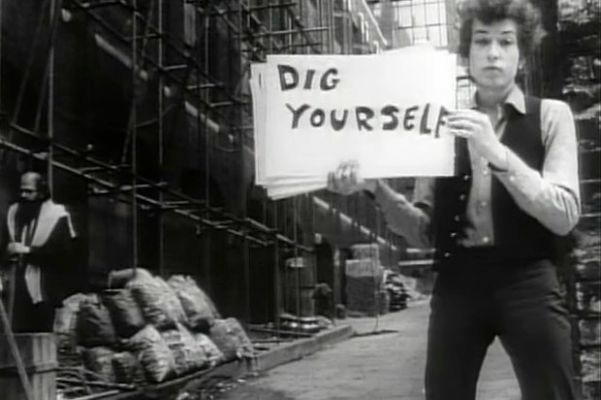 'Ronald Regan said, "I've always believed that a lot of the trouble in the world would disappear if we were talking to each other instead of about each other."

However, not all jobs as an English teacher are fun or worth working. The work culture is very important and vastly different from school to school from town to town. But be warned even if you like the people you work with that does not mean you will like your job.

Back to what Regan said about gossip...

If you have been reading my articles you guys, know how much I hate gossip in the workplace. It is counterproductive to talk about people behind their backs because it exaggerates events and greatly distorts them. We should be talking with people, not about them, especially if we are hoping for improvement or a behavior issue to change.

Because this was the communication style of my more recent employer and coworkers, I quit right away. I did not

have time to work a job i hated around, people who demonstrated how quickly they would throw me under the bus for nothing.

I took a job in a new city teaching English.

Nanning is a beautiful city.

They offered me an apartment with a great view, a decent salary. The apartment was great, but the job and area felt wrong like someone put  bomb in my car. Am i too iore that feeling or get the hell away from my car?


Living in Nanning wasn't like living in Shanghai, where I got the feeling of being home. In Nanning i got depressed and it set off my flight response almost, immediately after I stepped foot off the plane.

It sucked more than I expected because 80% of the clients where under the age 4. I like teaching advanced English to adults, followed by creative arts to teenagers, but my professional career development does not revolve around babies.

We all agree the Lyon Brave Method sounds catchy. However, I do not want to waste my time teaching toddlers myself, unless it is a very important baby, whose rich parents are paying out the butt for my services.

I am what I say I am worth. It is my time and I can charge whatever I want for it. This is called valuing yourself and once you learn to do that, you really won't have time for a boss because they always charge less than you are worth and working for less than you are worth or what you want to make is a great disservice to yourself. " -Lyon Brave

back to the story...

Recently, I substituted at a training center. In the short-term I worked there my company had a lot of mixed opinions about me and I think that is because they were honestly fixated on me a little too much.

At first my coworkers were texting me about how great I was doing with the little ones. I even had two students want to switch teachers and take me on full-time after one lesson.

I even had the mother of an autistic girl cry because i got her daughter to participate and interact during the class. I guess nobody has ever been that good with the autistic student and even her steady teacher could never get her to interact.

So in week one I am like the miracle worker getting through to Helen Keller. People think I am like Anne Sullivan and really start to praise me and gush over me.

Week two nobody has anything nice to say. They start to turn on me because I didn't say how high, when they said jump. They wanted me to do extra things that were not in my contract, like make English videos for the students. I didn't want to make English videos for the students because it would be my voice and Image in the videos and I didn't want it to become property of the school. You know, I can record an English tutorial and sell it for a lot of money. I should have been getting paid extra to do extra. I wasn't dumb enough to make more money for my company and less for me in the longrun and that really pissed everyone off.
Lyon Brave, The Brave Method of Teaching

At first i was invigorated with my job because I came at Halloween time, which meant party time. We had fancy dinners and bar events to attend, but the reality of my situation quickly set in when kids started crying and spitting on the floor, I was a glorified babysitter and not a real academic professional.

Not all teaching jobs are created equal.

After about one week of teaching, let's just say i got called into the principals office for refusing to do extra work for free. They started saying we have had complaints about you from the Chinese Staff and parents and I am disappointed in you.

Let me say the meeting they held with me was not very constructive. Miidway through it I actually had to refocus the conversation and say, can you tell me what people are actually complaining about.

The complaint was I used my smartphone too much in class, which is a relatively minor comment, but they were acting like i did something super offensive like smacked a kid. Hey, smartphones, have a lot of great apps for babies what can I say.

There was a rumor going around work i didn't like teaching babies, which i kind of started myself, but everyone took that way too seriously because I was showing up, doing the job and the kids were happy.

I put a meme on WeChat that said, just say No to Babies, and you would have thought, i said Chinese people suck and I want to piss on my bosses head.

Well, I guess subconsciously my meme might of meant that. In hindsight, I guess my colleagues had a right to be offended by this meme, but it was still funny.

Anyways, somewhere in this meeting they threatened my job and put me on a probation period. THEY DO THIS TO ALL ENGLISHH TEACHERS.

I guess, they think the probation period will motivate the teacher to work really hard, but when people threaten me as a means of motivation, it just pisses me off.

Though it was no big deal I got put on probation because everyone does, they way they said it annoyed me, SO I QUIT.

In my world they should have been thanking me for filling in for their teacher going on vacation instead of naggaing me to death over nothing.

We were talking about baby English here. It wasn't worth stressing about.

They blamed me for stuff that had nothing to do with me, like a parent canceling, which meant the school lost money.

First of all, English classes cost a lot of money for the parents. If the teacher my kid was working with  the last year wasn't going to be there I would  cancel too because that is the smart thing to do. The first lesson with any student can really only be a warmup. So if the teacher that new my son or daughter uses, was only going to be absent a week or two, yeah lessons can wait and I can save my money for lessons with their actual teacher.

Also, the parents could of canceled for a number of reasons besides being loyal to a teacher, like family events and just not feeling like it. Because the school tried to blame me for a cancleation like i must of did something really wrong instead of just seeing a cancelation as a cancelation that wasn't personal. I quit and told them to cancel all their classes, which they really didn't like.

They were like, we are just giving you some feedback. We want you to take our suggestions. We don't want you to quit, but I quit because i didn't like the way they were talking to me like i was a child with no wits who could be punished like a child and controlled like a dog when the job wasn't something amazing or life changing.

For me to kiss that much ass, they would of had to offer a lot more money.

At this stage in my life,  I am an English teacher, I sell English in various forms. I am in the business of English and what that means is I am actually, highly in demand and sought after. Teaching jobs are a dime a dozen, actually a penny a dozen. There are jobs all over China, all over the world, and there are many ways to make money selling English teachers and books. It is probably more lucrative to be an agent than a teacher.

Everyone could tell i hated the job. I am very transparent. Days before I quit one of my trainers could tell right away that my heart wasn't really into the job of teaching babies, She said, " I hope you will stay, but I respect your decision to leave." Because of the niceness of people, I did not follow my gut instincts of leaving and ended up working a week longer.

Initially, I didn't even want to take the job, but I did because the people seemed nice.

Anyways, moral of the story...trust your gut instinct and always keep it moving and keep it cool.

Do what you love to do and give it your very best. Whether it's business or baseball, or the theater, or any field. If you don't love what you're doing and you can't give it your best, get out of it. Life is too short. You'll be an old man before you know it.
Al Lopez

Money is my God. If you think God will help you then quit your job and see how much he cares.
Mike Tyson

Language is like a tool you need daily practice and one has to make a lot of mistakes before getting there.......