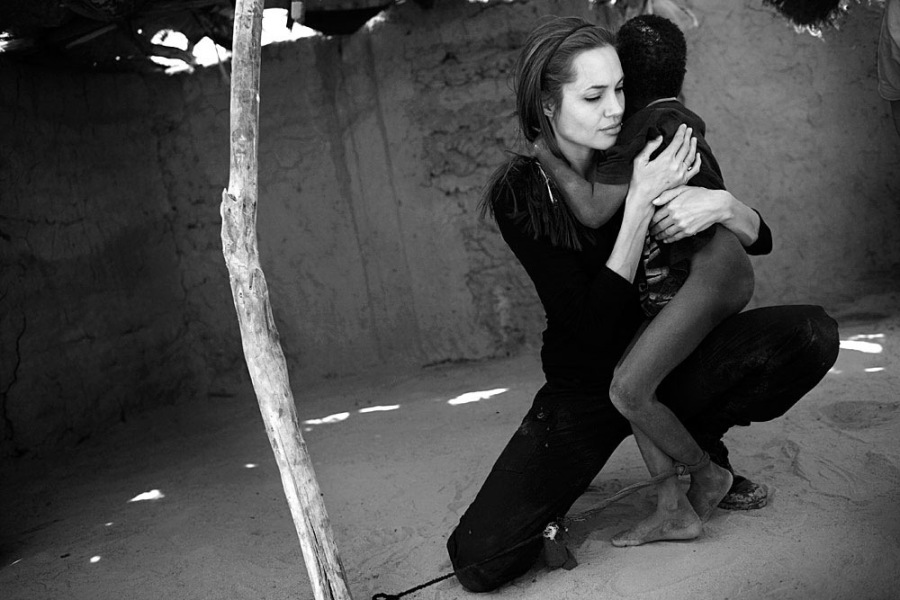 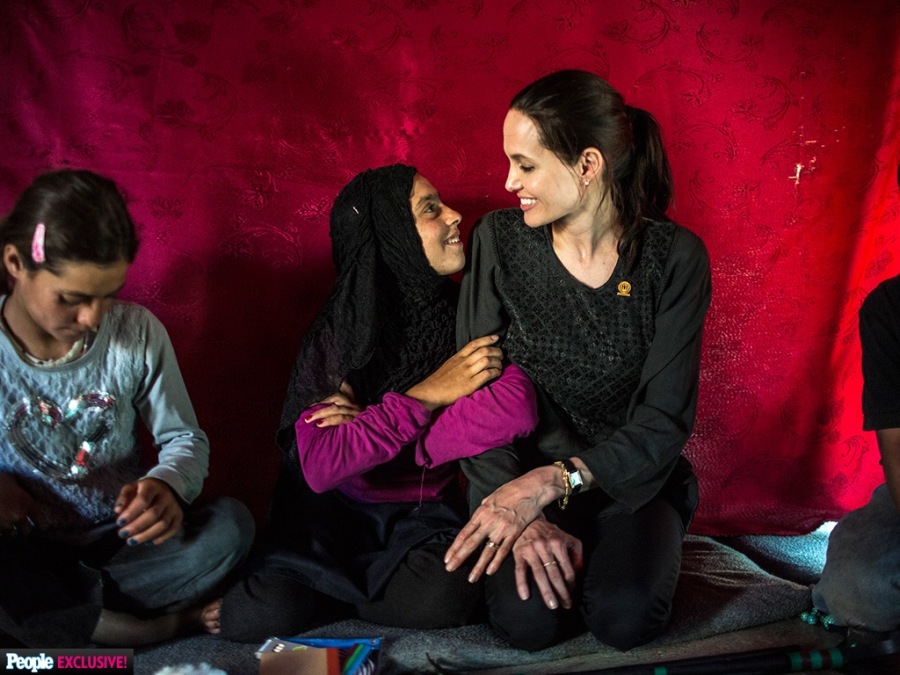 A lot of people don’t know this, but Angelina Jolie studied embalming before she started her acting career. She said if she was more fascinated by death than others, it was because she was more fascinated by life. A desire to become an undertaker or a funeral director might seem like an odd interest to have. Then again, Angelina Jolie was never meant to be normal. She was meant to be exceptional.

I don’t know what Angelina Jolie did in her youth, but she gained a reputation as an edgy, bad girl with strange quirks and big lips. She’s a Hollywood kid with an Oscar-winning father. Her father, Jon Voight, opened a lot of doors for Angelina’s acting career. Angelina Jolie first appeared in the 1982 film, Lookin’ To Get Out, with her father, Jon Voight, playing his daughter named Tosh.

Angelina Jolie was meant for great things, and that is why she was born to a famous father. However, it is Angelina Jolie’s beauty, oddness, and compassion that has marked her as a memorable and honorable woman in this world.

However, it is winning awards like the Jean Hersholt Humanitarian Award that separates her from the traditional Hollywood bombshells.

In 2005, she launched the National Centre for Refugee and Immigrant Children, an organization that provides free legal aid to young asylum-seekers. If there is a group of people whose life depends on having access to legal aid, it’s refugees. I could continue to list all the amazing accomplishments this woman has and all her contributions to the world, but you would just get bored.

Angelina Jolie has been an active force for good for over a decade. Some might call her a Hot Mother Theresa with more liberal ideas. Not only has she adopted children from remote parts of the world, but she works as special envoy for the United Nations refugee agency. She has visited several migrant camps all over the world, including a few warzones. She flies around the world so much that one of her houses has a helicopter landing pad.

It was while she was in Cambodia in 2001, shooting Lara Croft: Tomb Raider, that Angelina Jolie became aware of the suffering of people. In her own words she said, “my eyes started to open.” Not only did this film giver her wild popularity and success, but it opened her sheltered and privileged life up to less fortunate stories in the world.

Tomb Raider put Angelina Jolie on the map. I still remember the scene where she slapped a guy in the face with the back of her motorcycle wheel. Not only was the film good for her image and the image of women everywhere, but it gave her a life purpose bigger than acting.

At her core, Angelina Jolie is a humanitarian who uses the popularity and financial success from acting as a way to spread awareness and help others.

Angelina Jolie is a daring and unique role model for women, not to mention she is GORGEOUS! She knows what it’s like to be to be heartbroken, to be in the eye of the public, to feel ugly, though she is clearly extraordinary.

When Angelina finalized her adoption of Maddox, Bill Bob Thornton seemed to recoil at the idea of children because they broke off their marriage shortly after. To think she used to wear his blood around her neck in a tiny bottle, or maybe that was just a tabloid rumor.

Hey let’s not focus on rumors. Let’s focus on fact.

Fact: Angelina Jolie has fake breasts, but it’s for a very different reason from why Pamela Anderson has fake breasts. A simple blood test had revealed that she carried a mutation in the BRCA1 gene. It gave her an estimated 87 percent risk of breast cancer and a 50 percent risk of ovarian cancer. She lost her mother, grandmother and aunt to cancer.

For this reason, she also removed her ovaries. She removed every part of her that makes her biologically a woman and she couldn’t be more feminine or stronger, showing us the superficialities and vanities of Hollywood up close and personal.

Angelina has become a voice for women’s breast cancer and other women’s health issues. She even took it upon herself to write a few informative articles for The New York Times, which you can read about here. http://www.nytimes.com/2015/03/24/opinion/angelina-jolie-pitt-diary-of-a-surgery.html

In her 40 years of life, a lot has been said about Angelina Jolie. The final statement on her character is this: Angelina Jolie is feminine. She is kindhearted, compassionate, smart and brave.

She is such a compelling woman on her own that I was able to write this whole article without mentioning she is married to Brad Pitt.