Stephen Hawking died Wednesday after complications due to amyotrophic lateral sclerosis, a progressive neurodegenerative disease. He was 76.

Stephan William Hawking was born on Jan 8th in 1942, which was the 300th anniversary of the death of Galileo. Just as Galileo was a brilliant and remarkable mind pushing the boundaries of science and philosophy, so was Stephan Hawking, who was considered the most intelligent man on earth until his recent death on March 14th 2018. 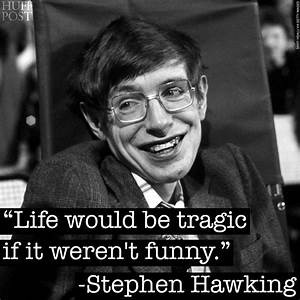 Hawking is one of the most renowned and prolific men from the 21st century. He is widely known for his work with black holes and theorizing on the existence of extraterrestrial life.

Hawkings in a Discovery Channel series called Stephen Hawking's Universe., said“The real challenge is to work out what aliens might actually be like." He believed aliens almost certainly existed, but humans should avoid attempts at making contact with them or else suffer the consequences. 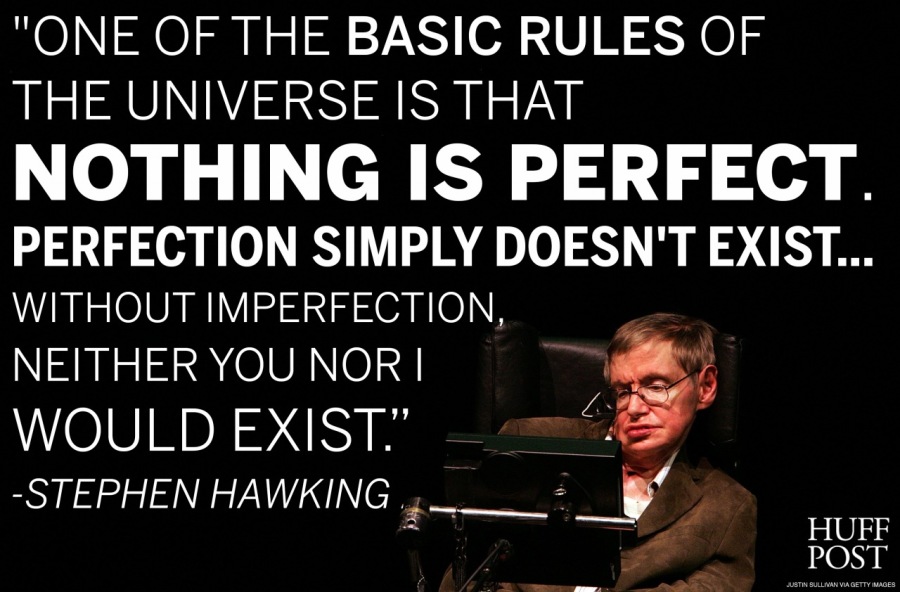 In 1988, he achieved a significant amount of public fame and renown when he published his first book, A Brief History of Time: From the Big Bang to Black Holes. Hawking's book sold approximately 10 million copies, making it one of the best-selling science books of all time. “

In his book, A Brief History of Time, Hawking's said, "Any physical theory is always provisional, in the sense that it is only a hypothesis: you can never prove it. No matter how many times the results of experiments agree with some theory, you can never be sure that the next time the result will not contradict the theory.”He also said,“The universe doesn't allow perfection.”

It could be theorized that many of Hawking's sometimes bleak and depressing theories stemmed from being  diagnosed with the debilitating motor neuron disease amyotrophic lateral sclerosis in 1963. This disease was known to kill 80 percent of patients within the first five years  Hawking was just 21 years old, when he was told he only had two years left to live.

However, Hawking's pushed the limitations of his physical body by living to be 76. Because his illness was so severe and life threatening, there are many conspiracy theories that Hawking's died decades ago and was replaced with an actor who shared the same ailment. 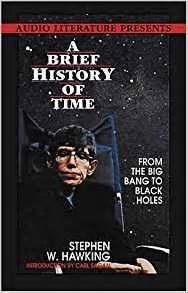 It is safe to say Hawking's life was bitter sweet. Though filled with accolades, fame and acclaim, it wasn't easy for him to experience his body slowly shutting down on him to the point he had to use a wheelchair to move around and a sophisticated computer system to speak for much of his time as a public figure.

Professor Stephen Hawking has admitted that he“briefly tried to commit suicide” in the 1980s when his worsening neurological disease left him unable to breath or speak without assistance.

Through the aid of technology he was still able to deliver empowering lectures. One of his most inspirational lectures was given at the Royal Institute in London about depression. The scientist drew a poetic parallel between black holes and depression, with a message of hope to those suffering from mental health difficulties.

The message of this lecture is that black holes ain't as black as they are painted. They are not the eternal prisons they were once thought.

Things can get out of a black hole both on the outside and possibly to another universe. So if you feel you are in a black hole, don't give up – there's a way out.

He also spoke to the 400-strong crowd about appreciating his achievements and what he had attained in his lifetime, particularly living which motor neuron disease since his diagnosis in 1963:

Although it was unfortunate to get motor neurone disease, I have been very fortunate in almost everything else.

I have been lucky to work in theoretical physics at a fascinating time and it' s one of the few areas in which my disability was not a serious handicap.

It's also important not to become angry, no matter how difficult life may seem because you can lose all hope if you can't laugh at yourself and life in general. 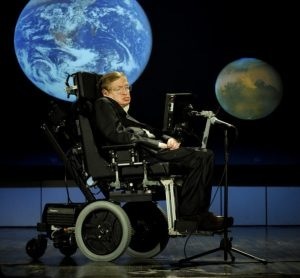 It could be said that Hawking's was a charismatic man in nature with a clever and humorous personality, and that personality shinned through out his life. He has left the world with encouraging, profound and deep sentiments for us to ponder. He asked the big questions and was a man of the mind. 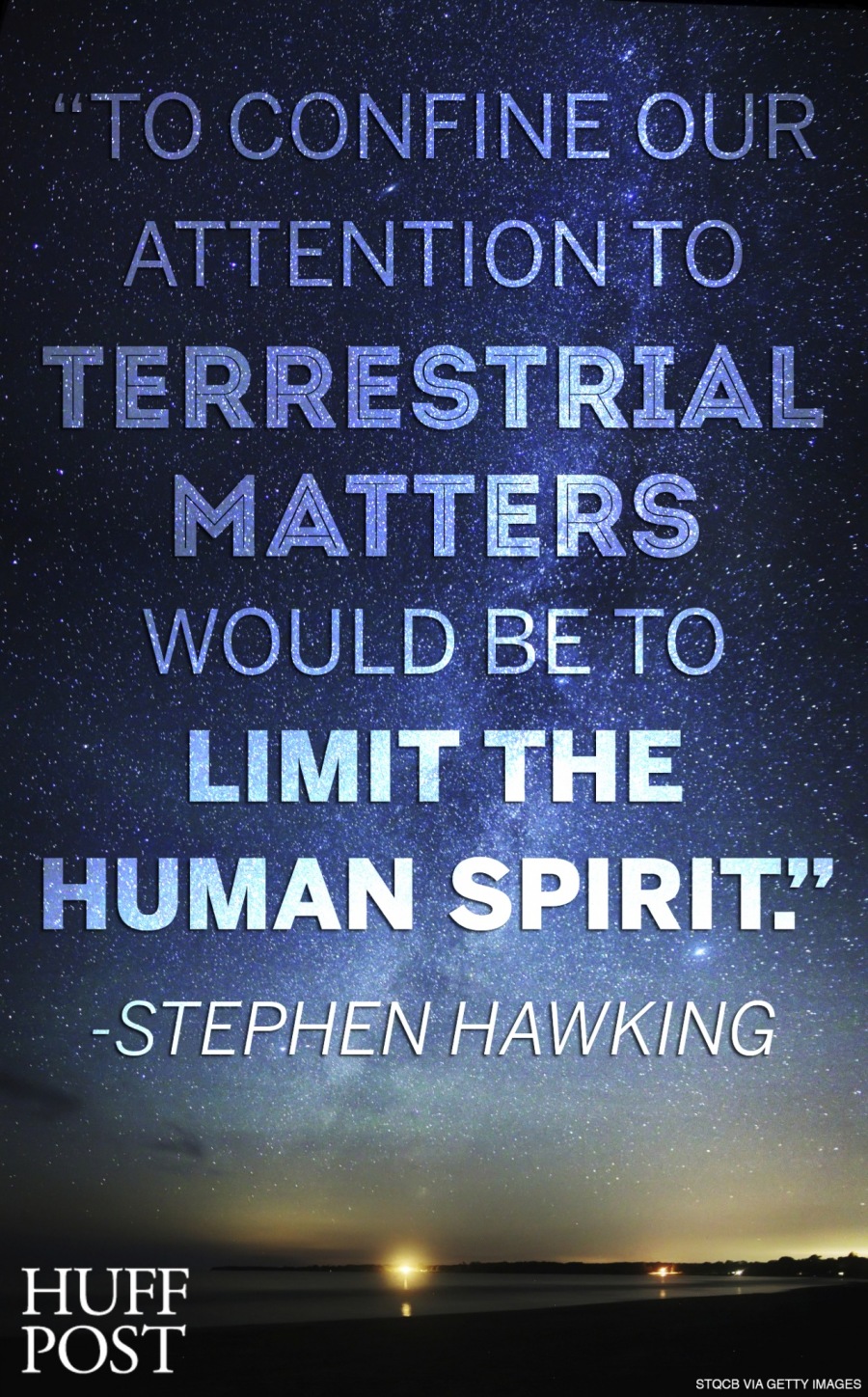 Stephan Hawking wrote,“When you're faced with the possibility of an early death, it makes you realize that life is worth living and there are a lots of things you want to do.”

Hawking accomplished extraordinary  amount of things in his lifetime.

Not only is Hawkings a brilliant physicist who has made groundbreaking discoveries regarding the unexplored aspects of outer-space and a triumphant man who outlived his death sentence by decades, but he is an iconic figure in pop culture, who has made several guest appearances television.

More importantly Hawking has given Ted Talks and many other lectures on his brilliant and highly productive researcher.

Since 1979, he has held the Lucasian Professorship in mathematics at Cambridge, the very chair once held by Isaac Newton and has been compared with Albert Scientist regarding intelligence.

Intelligence is the ability to adapt to change.

I believe the simplest explanation is, there is no God. No one created the universe and no one directs our fate. This leads me to a profound realization that there probably is no heaven and no afterlife either. We have this one life to appreciate the grand design of the universe and for that, I am extremely grateful.

#17
you are indeed correct. My view was somewhat unbalanced. I acknowledge the Prof's value contributions.

Fantastic tribute to an inspiring man. What makes us unique is transcending our limits like Stephen did!

fantastci tribute to an inpsiring man. What makes us unique is transcending our limits like Stephen did!

Wonderful tribute to an amazing man. Thank you, Lyon Brave.

Thank you Lyon for reminding us of magnificence.

The real journey is within. And becoming obsessed with extra-terrestrial phenomena serves to distract us from this vital journey. And so I would add that getting lost in the extra-terrestrial quest actually limits us. For me the real hero in the Hawking narrative is Mrs Hawking. Her value contribution exceeds that of her husband by far.

Great article Lyon Brave. Wonderful mind, which has amazingly maintained a body for 50 more years than they expected. Without a doubt a wonder of the universe.

Magnificent article Lyon. Marvelously, he has maintained a body for 50 more years than expected. Undoubtedly a wonder of the universe, without a doubt a great example of overcoming.

There was no greater teacher to demonstrate just how small we are in the universe; a healthy life-long attitude. A great man and a wonderful tribute Lyon Brave.

Impressive individual I had never heard the conspiracy and actor theory before that's just nuts....