PROFESSIONAL RACISM: Why Black Girls Are Pissed About Their Curly Hair by LYON AMOR BRAVE @blackgirlmagic

Let's knock out a few expressions you should never say to a black girl unless you want her to kill you:

1.) Your hair makes you look crazy

2.) Did you not die in the electric chair when you were put on trial for worlds worse hair?

4.) Your hair is unprofessional. 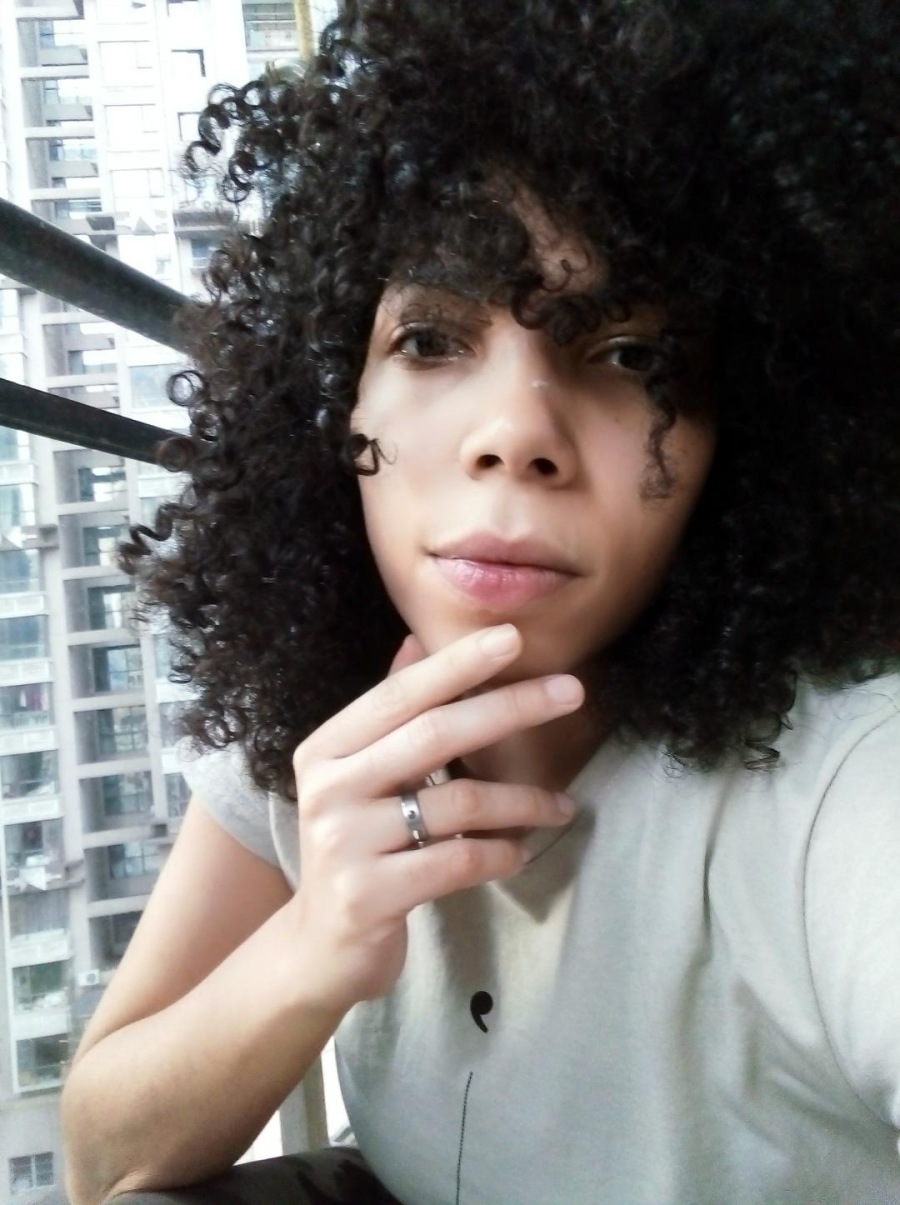 In fairness, Asia is a land of straight hair and most European countries, but this creates a global epidemic of a cultural racism that sneaks up in the workforce all the time where white bitches and Asian bitches, be ganging up on those gorgeous black bitches.

As you travel, you realize many people are dangerously ignorant.

Some people have never seen blue eyes before. They may even believe those eyes come with magical powers. This is how we got many gods in the first place.

Other people have never seen white skin before. They may believe that white skin makes one rich and sophisticated and a talking polar-bear from heaven because that's where polar bears live. I read it in a bible once. It's a fact polar bears live in heaven.

A more shocking number of people have never seen an AFRO or Curly hair before, which makes me a rare and gogeous species, though only i seem to find my rare beauty that way in the work place and other people claim it is crazy looking or unprofessional.

Here are some truths about curly hair...

According to a study done by the Tinder dating App, Curly haired girls got way more date offers. Maybe like their hair, they are seen as kinky. The study was done with the same women having both straight and curly hair looks. Let's be honest straight is boring and curly is wild, not to mention-it reminds men of pubic hair or sexy time hair.
You can do more with curly hair?
Curly hair is for high fashion
Curly hair is also designed to release heat and keep your head cool.
It's fluffy, nice to touch like a pillow.
It's rock star hair and model hair.
Curly hair is for famous people and people who look famous.
It was invented by Jesus Christ Our Lord and Savior or whatever the fuck you pray to.
Carrot Top curly has curly hair

Ignorance is a problem because it creates racism.

See racism almost never happens to white people unless it's just a black person wanting to kick their ass for being the perfected skin color all over the world. Some scholars even say blacks cannot be racists because their is not an institution that supports their racism. Racism against blacks is global and systematic.

This has been proven by many studies, that white is right in almost every culture and Asians especially, love to perpetuate racism, but honestly, the black community also has been taught to value light skin as more beautiful and blacks are seen globally as the undesired candidate. They also have the stigma of fear and hate attached to their skin, which is rather said to witness over and over again in modern times.

Some people used to say I had a progressive mind. I am not going to the moon like Elon Musk, but after traveling, I think anyone who is not racists is progressive. The primitive minds of people are in shockingly high numbers in modern times. Sometimes i really think I am from the future because some people are so outdated in their thinking, but I guess really I am from America. #godbless #votebrave #votelove

See racism is not the problem. Racism is the symptom of a problem. The problem is usually a lack of education, experience and exposure, which all result in education. That is why the brave say, travel is the best teacher.

Racism is a deeply disturbing trend and it makes the world especially sensitive and challenging to navigate as a black or biracial person as it can hurt their finances and when the wallet is hurting, life is hurting. I would say black women are more challenged than black men because black men can keep their hair short.

However, most women culturally think long hair is the standard of beauty, so black girls wear their hair long and proud too and when they do, they are told to straighten it because it looks unprofessional, or pull it back because it looks scary.

Is it right to fire a black girl because she hair curly hair? NO

Is it right to expel little black girls from school for having braids? NO

The obvious answer is NO, but this happens all the time and it is a form or cultural racism because the majority of girls with curly hair are black and one way black women are discriminated against is by telling them their hair is unprofessional. Most black women have curly hair, but they straighten and chemically treat it because like the rest of the world they have been bain-washed into the white is right mentality or they just learned it would lower their job opportunity to keep it curly.

Lyon, couldn't agree more. My daughter, while traveling in India, was approached multiple times by people gesturing with their cameras. She thought they wanted her to take their picture. Not so. They so seldom had seen a blue eyed blonde that they wanted a picture of her to prove it had happened to their friends! Nowhere near the kind of crap a black woman with curly hair has to put up with but it is just one more way racism rears its ugly head. And so it goes.