PRINCELLA WAS KIDNAPPED: A LETTER TO THE UNITED NATIONS 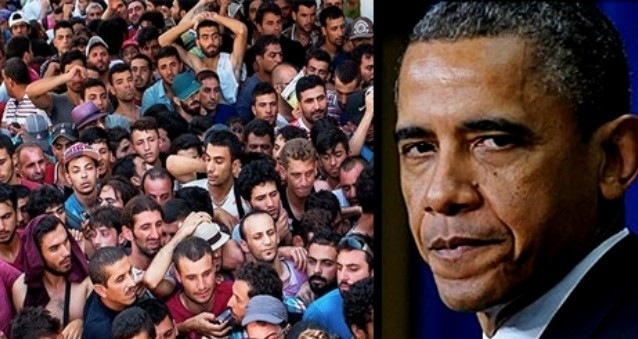 Riasat Masih’s family has the right to obtain refugee protection in the United States. The Masih/Gill family are asylum seekers and they have been denied protection by the UNHCR. This is a grievous mistake, which needs to be reversed immediately. The date of rejection was 12/1/2015. They submitted an appeal application on 1/2/2016.

The UNHCR reported this case like it was a petty dispute between neighbors, but after cross examining the family and spending many hours with interpreters, there is overwhelming evidence the UNHCR, did make mistakes when processing Mr. Maish’s application for refugee protection. In fact, the UNHCR made several errors when processing their application. Not only where names spelled wrong, but the amount of people documented in the family is incorrect.

REASONS FOR REJECTION: In your rejection letter you say in order to be eligible for international refugee protection, the family must live outside of their country of origin and be unwilling to return there due to well-founded fears of persecution. The persecution they fear must be for reasons of race, religion, nationality, membership in a particular social group or political opinion. Yes, on all accounts.

The UNHCR, does not accept the information that was reported by Riasat Masih as true. Specifically, the UNHCR denies the families claims that they were violently interrogated by security officials at the PAF base. The UNHCR, has rejected this case for inconsistencies in the story.

We feel the inconsistencies in their story is due to being, flustered, scared, and most importantly having to relay their story to a translator. The language barrier is likely the cause for all inconsistencies, as a lot of information is lost in translation and neither of the parent’s speak Thai or English. We also feel, the time constraints limited the UNHCR’s ability to collect and document information properly as there were several mistakes in your rejection letter, the biggest one, rejecting them from receiving ‘protection status, as this shows an error in judgement, but names were misspelled as well.

In your rejection letter, you say you agree the family will face serious harm if they return to Karachi, but you feel the danger the family faces is limited to the area of Karachi. Pakistan is a small country. The letter goes on to claim the family would be safe if they moved to another city in Pakistan where they could live without undue hardship. This is untrue.

You neglect the fact this is a high profile case. Pakistan is the 36th largest country, and the 9th most dangerous country, which makes it relatively small compared to the United States. Pakistan is 796,095 km, which is 13% bigger than Texas. Pakistan is about the size of two American states and if someone’s life were in danger, we would relocated them out of state. In Pakistanis case, this means out of the country because it’s restrictively small geographic scale.

Officially, you cannot force this family to return to a country that will surly persecute them. Government officials have told them they cannot protect them, which is why they left their home on November, 1st 2014. You are asking them to hide. If they were to return to Pakistan, they would have to be placed into a witness protection program because there is no safety for them and this program does not exist.

Riasat Mashi‘s family was in extreme danger, while living in Pakistan. This is a former military family. Not only did their neighbors turn on them for being Christians, but their government. We are all aware of the ugliness of men, the atrocities they will commit against their fellow man in the name of religion. This case should have never been disregarded and passed over. It’s a high profile case.

For these reasons: it is assumed, Hadayatullah Pathan is responsible for the attempted kidnapping of Prince-Ella, who was drugged by chloroform. An unknown man with a beard, broke into their home and forced Prince-Ella into an unconscious state. He then proceeded to carry her out of the home in a blanket. The only reason she is alive, is because the family was alerted quickly enough to spot the assailant outside. He dropped Prince-Ella’s body on the ground, so he could flee.

He accused Reham Gill, of taking a dog into the mosaic to urinate. This may seem a minor incident, but it was an allegation of Blasphemy. It gives religious leaders and government officials a right to persecute them by law. This usually means, the family will be burned alive. The Pakistan Penal Code prohibits blasphemy against any recognized religion, providing penalties ranging from a fine to death. If this family stayed in Pakastain, they would have been put to death.

When they tried to seek help at the PAF Base, the government officials, took the males of the family to three different rooms, tortured them and tried to get them to admit they had committed blasphemy and declare they attacked, Hadayatullah Pathan, first. If they would have done this, they would have been surly put to death. Because they refused, they endured a beating, but kept their life.

Problem & Resolution: Riasat Masih and his family are currently being held in an Immigration Detention Center (IDC) in Bangkok, Thailand. They have been held here since 5/18/2015. They have been held captive for almost a year, due to a flawed immigration system. Thailand’s immigration system is very bad. They refuse to release people until they buy a ticket back to their native country or pay a bailout of 50,000 THB. Most refugees cannot return to their home countries because there is a very real possibility of being murdered.

Even if returning home were an option, they do not have the money to afford tickets for their entire family or pay bailout. There are 7 people in their family. They would need 350,000 THB, to bail out there family or around 10,000 USD. When a family flees for their life and has to move to a new country overnight, where they do not know the language and are unable to find work, poverty becomes a real issue. Clearly, denying them their freedom because they cannot afford to pay an obscene amount of money is indignant. From behind bars they have no way to earn this money for themselves. This is a huge financial burden to put on anyone’s shoulders, especially a family in crisis. These people are not criminals. It’s a violation of human rights that they are being treated this way and extorted for money by Thailand’s flawed immigration system.

Riasat Mashi’s family, clearly, needs to be granted the refugee protection they asked for and granted entry into the US. They need your organization to write fee waivers for them, removing the 350,000 THB bail. The UNHCR has the power to remove their fees, simply by writing a letter. We ask that you do this because the family has no way to pay. There is no work to be released program at the Immigration Detention Center.

P,S, When I was in IDC, a very lovely girl named Princeella, asked if i would help write this letter for her family. It did no good. They have been in IDC for three years. They will not be released until someone raises 10,000k. Nobody even knows they are there, until now. I am leaving there information in case anyone wants to help them or help me help them.