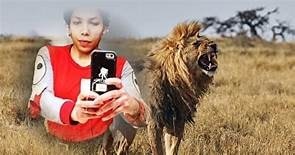 Why is it important to be a lion?

A lion stands out and is the king of the jungle for it's strength. It takes strength to be a lion. It takes strength to be a king? Maybe other predators in the jungle even stay away from you because they consider you a threat. Zebras don't hangout with lions, for this reason being king of the jungle might at times feel lonely, but you don't need to feel bad about not having pigs and ducks at your water hole because you are a mighty lion. The people who are a part of your inner circle are also royalty. If you are a lion, your circle becomes smaller and more exclusive.

In your tribe is only Kings and Queens. Everyone in your court is a winner by nature. You are not the same animal as a pig or duck. In order to be friends with pigs you have to be a pig. A lion is meant to eat a pig or ignore them for a bigger meal. In order to be a lion not only do you take what you need, but you take what you need to be the strongest in the jungle.Being the strongest in the jungle can at times feel lonely. 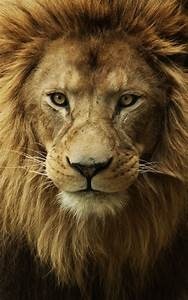 A king must have thick skin and foresight!

See one of the reasons humans are so damn immoral, is because we are just becoming humans, or at least humans that act with humanity. Humanity is a learned trait. Being altruistic goes against our nature.   At our most basic core humans are not sophisticated and well read on ethics. We are primitive. Hunger controls us. There is one law of the jungle that humans violate, which is in nature nothing takes more than it needs. Humans take more than they need all the time. This means a human can be the more brutal of beasts. You should not expect sugar and spice and everything nice. You should expect to put up a real fight for what you want. Nothing in love comes easy for the majority of creatures in the wilderness.

Kindness is an idea:)

Though some people say love is innate to humans and hate is taught, I would never be bold enough to say humans have love in their nature. What exactly do we mean by love? Anyways, if love is natural for humans, hate is even easier and more natural for humans. For this reason I would learn to put up a fight, to run, and to take what you need to survive at all costs in our increasingly chaotic and competitive world.

In order to have thick skin, you either need to be very intelligent. Incredibly intelligent individuals understand why opinions, criticisms, anger and hatred directed their way aren’t anything to fret over. Others should never discourage you from your path. If you let someone telling you off get you off path, you were never meant to take the journey.

Millennial some things you might not know if you are a western millennial, which means means you are living in America, Canada or even parts of Europe, is that the world is competitive. If you think Instagram and Youtube are competitive, spaces wait till  you get in the real world. Chinese Millennial's tend to know the world is competitive because of their abundant population. However, Chinese people are still not the most competitive people in the world because they train all their children for success in the same exact manner. If you have ten Issac Newtons in a room, you might just go with Picasso.

A LION OUT PERFORMERS ALL OTHER ANIMALS IN THE HUNT! 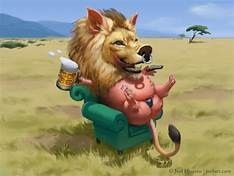 A lot of Americans might not be competitive with the world when we look at the larger picture because they can be self involved, fat, challenged by one language and poor in mathematics. However, not everyone is talented. Everyone has something that make makes them shine and you got to find that spark in your personality that makes you standout.

A part of being successful means being able to out perform your competition. One of the best ways to outperform everyone is to be original? Variety is the spice of life and boredom is the dream killer.  How can your dreams happen when you are bored with your life? Your dreams can only happen when you are excited? If your life is boring, you are not living life to your full potential. You are not living as a lion.

You can only get an amazing career if you look amazing at the interview? Your resume can't be boring if you want an amazing job that pays 100k. Let's face it a resume that says I went to College and Worked at Walmart, isn't exactly impressive. You think just because you go to college you deserve a good job. Going to college means you might get your foot  in the door, but their are people who didn't go to college who are already there. Going to college is just something you did that a lot of people do like going to high school. Even going to Harvard and having a rich dad doesn't make you special anymore, it does mean you are more likely to get a seat at the table. 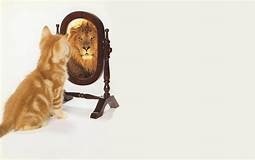 #1
You know my computer is really crap, so i have to upload pictures from my smartphone, then write on my computer. It is not efficient. I always have to copy and paste some nonsense to post the pictures and then delete it and put the actual content. Chinese laptops and phones are not my friend. This will only be a problem for a few more months. I will get a new computer ASAP.

Apart from some formatting issues :-) at least on my screen it's good to see an article from a millennial itself not easy to evolve in today's world for any generation but probably more difficult for that one in particular :-)