Maxi Vibrations on a Mobile Phone 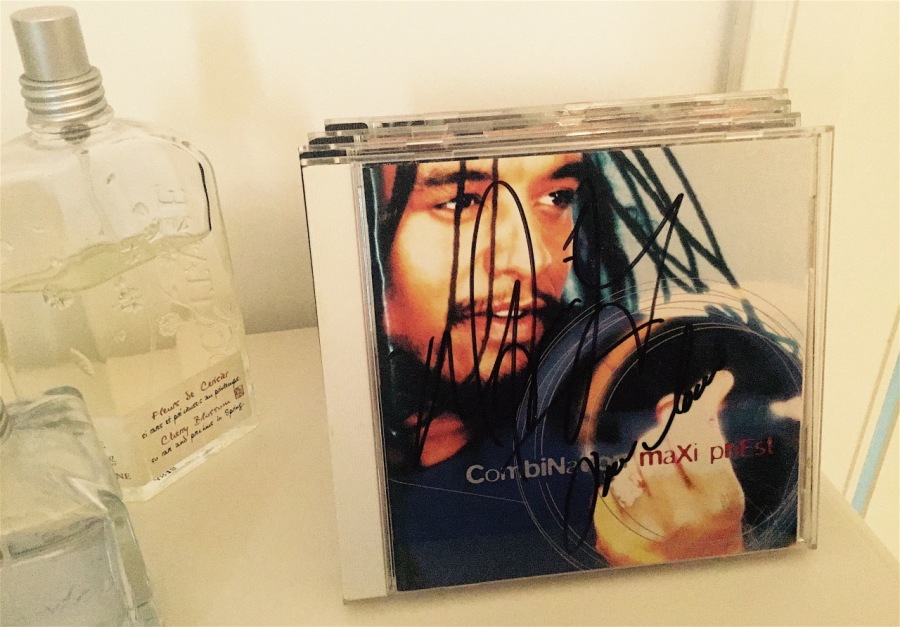 It was Friday, the markets were dead so I thought I’d hop in a cab during lunch to my favourite jaunt and secure tickets for the night’s show. We’d seen Maxi Priest play at The Blue Note the year before. He was brill.

I got there at 2:00pm and there were only a few people in front of me. Getting that number early was vital to getting a front table. The venue, probably the best Jazz Club in the World, The Blue Note Tokyo. Larger than it’s New York sibling, this was the ultimate in settings where you could wine and dine whilst experiencing front row to the biggest acts on the planet. It wasn’t just jazz. We’d seen Roberta Flack, Natalie Cole, Matt Bianco, Dionne Warwick, and a host of others perform at this incredible venue. Every year we made it a thing to see our favs, the brilliant Courtney Pine, The Count Basie Orchestra, and reggae fusion Diva, Diana King. Maxi Priest was gonna be wild tonight.

Skiving off work paid off as we were led into the venue to choose a table front and center. Oysters and bubbly ordered, we settled in to a wild night of “Wild World”, “Close to You” and “Some guys have all the luck”.

At the end of the concert it was quite usual for the performers to mingle with the audience. We’d hosted Diana King’s backing vocals for a few glasses of bubbly just weeks before. “M” was feeling a little euphoric and tipsy and headed off to the washrooms. It was just outside the washrooms that she bumped into the right honourable Mr. Priest himself. She has a habit of making jaws drop and Mr. Priest was no different. He asked if he could see her “later” and she said sure!

As any good wife would do, she proceeded to pass him a phone number, not hers, but mine as it happens…

Needless to say it was on the cab ride back home that my mobile began to vibrate. The sexual tension of an all too eager reggae star could be felt through the throbbing in my jacket pocket.

“Err…. Hello?” some guy answered. It wasn’t Maxi Priest, but the disappointment in his voice was telling.

“Not right now sorry, my wife is a little tipsy. Loved the concert by the way!”

And with that, the guy hung up.

I think of the Billy Bush tapes of the soon to be most powerful man on the planet. Frikkin’ arsehole if you ask me. But Maxi? Thanks for the signed CD, and yes, we still love you!

#11
Quite clever really. I mean him saying "come up to my hotel room" or another guy saying "you are invited to have drinks with Maxi Priest at his suite", I would say, for a girl the second option definitely sounds the "safer" option!

#6
Yep, definitely not the Rick Astley type... that's a good thing though, right?!

#8
He didn't ask - he's married and a perfect gentleman!

This story reminded me of a magical evening I spent at a table with Duke Robillard in Baltimore after his performance. Thanks, Dean Owen, for sharing!

#5
Back in the day I went to an audition, they were looking for a Rick Astley type! They took one look at me and shouted "Next!"

#3
And good luck with the ladies as long as there wasn't a guy with them! Lol

#2
It would have been an invite up to his hotel suite I'm sure! Not sure what would have happened if I turned up at his door with a cute smile on my face!

#1
I bet they had constant groupies!

Thats funny. I guess you ruined his night after answering the phone. You should have said, this is "M" with a deeper, sultry voice. I wonder what the reaction would have been.