Mass Shooting In My Home Town: Not A Good Year For Dayton 2019 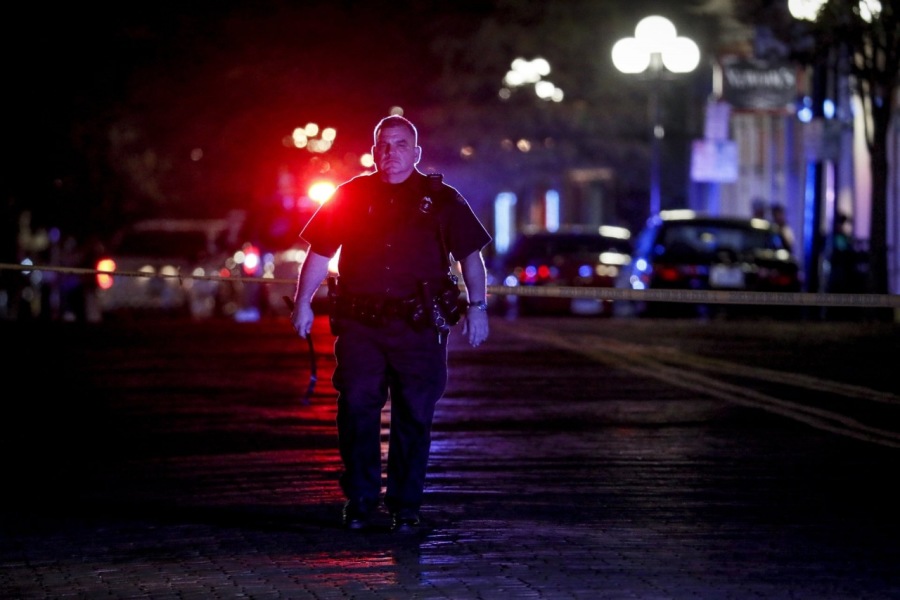 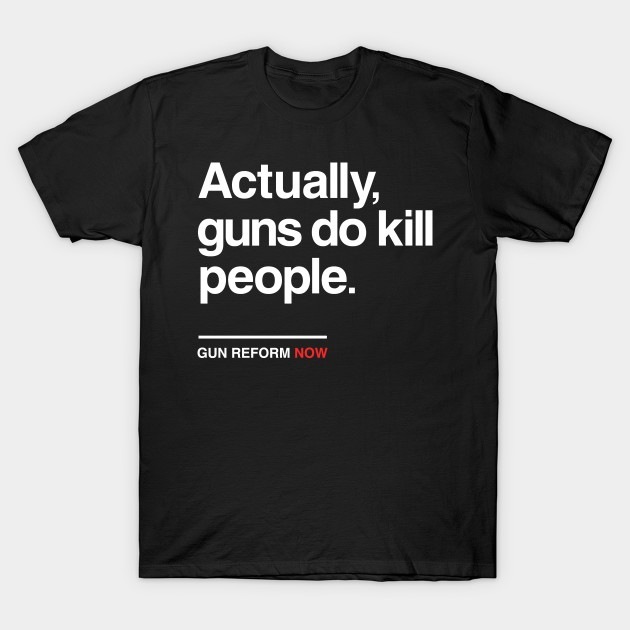 I started off this year mourning my Uncle and wishing I could have flew in to America for a funeral. His death left me depressed for a few weeks and when I heard the news I literally had a two day train ride ahead of me, so all i really did was reflect on his death.

I thought about how he lived the last few years of his life without a voice. To make things simple, let's just say after years of smoking the doctors had to remove his voice box. He talked through this little beeping box for a few years and then he passed.

Are Your Saturday Nights Keeping You Poor.

In this article I talked about how you could get shot at a club and that's exactly what happened. I think what happened in my hometown, literally happened as I was writing it.

It's weird how people can be getting text from their friends, asking if they are safe, while I am on the other side of the world just thinking about how the last time I was in America I saw so many guns and felt uncomfortable.

I remember thinking why does the security guard at SAVE A LOT need a gun. Even if someone steals food, the appropriate response is not to shoot them.

Being abroad must of stigmatized me from guns, because when i returned home my eyes were filled with gun sightings.Why were there so many guns? I felt unsafe in my hometown, so I left again because I did not know how to survive there honestly. I thought I had a better chance in Asia. I think my life has been very difficult honestly. I often think my fear is irrational because I fear If I come home, because I live in a poor neighborhood, i might get shot, but then today I see my thinking is very logical. America is what I think and there is no way to paint a pretty picture of it.

More than ever, we need a good and moral police  to protect and govern the people. People are just not very stable these days.

Police said the suspect was shot and killed by responding officers. If the police were not quick to respond, who knows how many people would have been killed. We need our heroes. We need our men and women in blue.
Lyon Brave

Matt Carper, of the Dayton police department, told the media the shooting had taken place “over a very short timeline” on the the city’s east 5th street.
“Currently we are working on identifying the suspect to see what the possible motivation might have been. We do not have that yet,” he said. “The suspect was firing a long gun with multiple rounds at the victims.
“We’re investigating the possibility of more people being involved. It looks like it might just be the one person.”
Carper said there had been police officers on patrol in the area when the shooting started. “We are very fortunate that the officers were in close proximity and that they reacted in the way that they did,” he said.
“As bad as this is, it could have been much, much worse as I think everyone will become aware of here as more information unfolds. So we’re very appreciative of the officers who were on scene and the action that they took.”

It is the 21st century. What is with all these hate crimes in the world, especially shame on America. We know better after our history. Its not even a black and white thing anymore. I see hate crimes against everyone. Its sad because i kinda want to come home, but i see everyday America is on some dumb stuff blacks beating Muslims, whites beating blacks, straights beating gays and i really do not know what life in America would be like anymore. All i know is last time i was in America, i really did see a lot of guns and guns are not everywhere and in every fools hands in other countries. Am i the only one who feels like considering this is the 21st century humans are exhibiting a large amount of primitive behavior for our time. Maybe that is because they feel like they are in survival mode and survival mode makes you more cannibalistic, kill or be killed, but we are not in the jungle, we are in society. We should have civility and safety, but something has gone wrong. I blame the school systems and the governments that do not care about educating people or paying teachers enough to keep good teachers. So technology will advance, but people will just stay pretty ignorant. I see. Help me i am confused. The one problem with low wages is it does equal death. I believe in earning a living but also believe a person who works full-time should not be struggling financially, especially if they are societies helpers like teachers. With technology advancing, the majority falling behind because of a failed education system globally, i predict their will be many dark times ahead for humanity as mediocre jobs already do not provide well enough for the masses and those jobs are disappearing due to robotics. If you thought we lived in a class system before where only the elitist survived, i guess wait 100 more years and you will really see the rich become rich and the poor become poor. You really have two chances be rich or a great mind, the education system is designed that we cannot even compete with the future. Its so dated and useless in regards to the future. People say you cannot blame others for your failures, but when you are forced to sit in a school that does not even teach you how to open a bank account for 12 years, i think you can blame personal failure on a lot of factors, like in spite all your years of school, after even spending money on it, the majority of us were simply not educated for the century and certainly not to be competitive and crucial to these changes. All i can say is the basics of all education is reading and writing, at least then you have a chance to educate yourself, but do not expect any school system to leave you prepared for the future unless you were in fact at an elitist school and even then worry about your preparedness. The trend of human trajectory is we are not getting better in the age of technology. I honestly want to know how many people used their smart phones to learn a skill over just posting mundane things on social media. I worry about wasting my life and my time a lot. Its my biggest worry. You are lucky if this never creeps into your mind. Maybe i will shoot a documentary called a life wasted about all the tragedy of the human trajectory
Lyon Brave, Facebook

My life has sort of become this tragic dance of just not stepping on a landmine.
Lyon Amor Brave, Facebook

Nine people have been killed and at least 16 injured in a mass shooting in Dayton, Ohio, police have confirmed.
First reports came in at about 01:00 local time (05:00 GMT) of a shooting outside a bar in the Oregon district of the city.
Police confirmed they killed the shooter at the scene. Casualties have been taken to a number of hospitals.
The incident came only hours after a mass shooting in El Paso, Texas which left at least 20 people dead.
"We had officers in the immediate vicinity when this shooting began and were able to respond and put an end to it quickly," Dayton Police Department wrote in a tweet. The authorities have appealed for witnesses.BBC NEWS

Lyon, I grew up just down the road in Cincinnati. This news shocked me to the core. I sometimes think the human race is suicidal accepting the Climate crisis with no reaction and allowing people to have weapons in our cities that have no place except in the hands of warriors on battle fields. it is sort of like snacking on poison until a burst of bullets takes you out. And so it goes.

@LyonBrave "Brave Lyon" this added thought: I’m sorry about your uncle & that were not able to fly home to honor him. With your remembrance here ...you honor him. I'm sending you a virtual hug and will keep you in my prayers in the days ahead ... and those in your home town. I am always comforted by the words in Isaiah 49 This is what the Lord says... "I will not forget you! (Lyon) See, I have engraved you on the palms of my hands; your walls are ever before Me." ~

@LyonBrace Oh Brave Lyon ;~) Sometimes words fall short This is a time to “Weep with those who weep” Not only the tragedy in your hometown, Dayton but also hours prior in El Paso https://www.cnn.com/us/live-news/el-paso-tx-shooting-live-updates/index.html In response to all the divisive, hateful rhetoric … I began a writing this week about racism … which ties in with some of your thoughts (and media responses) Because it is such a serious subject: I write and reflect and pray … and then edit and reflect and pray …So I’m still in process … Here is one grain of sand: For years I have had the thought that: “Physical problems require physical cures & spiritual problems require spiritual cures” ~ fem-v These are spiritual problems: hate, violence, prejudice (racism) … Quoting “They did not think it worthwhile to retain the knowledge of God…he gave them over to a depraved mind to do what ought to be done. They have become filled with every kind of wickedness: evil, greed, depravity, envy, murder, strife, deceit & malice. They are gossips, slanderers, God-haters, insolent, arrogant & boastful (pride) … they invent ways of doing evil; they disobey their parents; they are senseless, faithless, heartless & ruthless.” ~ Romans 1: 28-31 The root & source of evil : is Satan … the “evil one” … the “author of division & confusion” When events such as these in Dayton & El Paso unfold … consider the root & the fruit … people look for some outward “motive” … the root cause is deeper (heart, soul & spirit) “Man looks @ outward appearances but God looks at the heart” ~ 1 Samuel 16 Knowingly or unknowingly people cooperating with the “evil one” are used as instruments of evil Only God knows the heart ... the motive and uncounted details that end in tragedy

SO sorry for your loss here