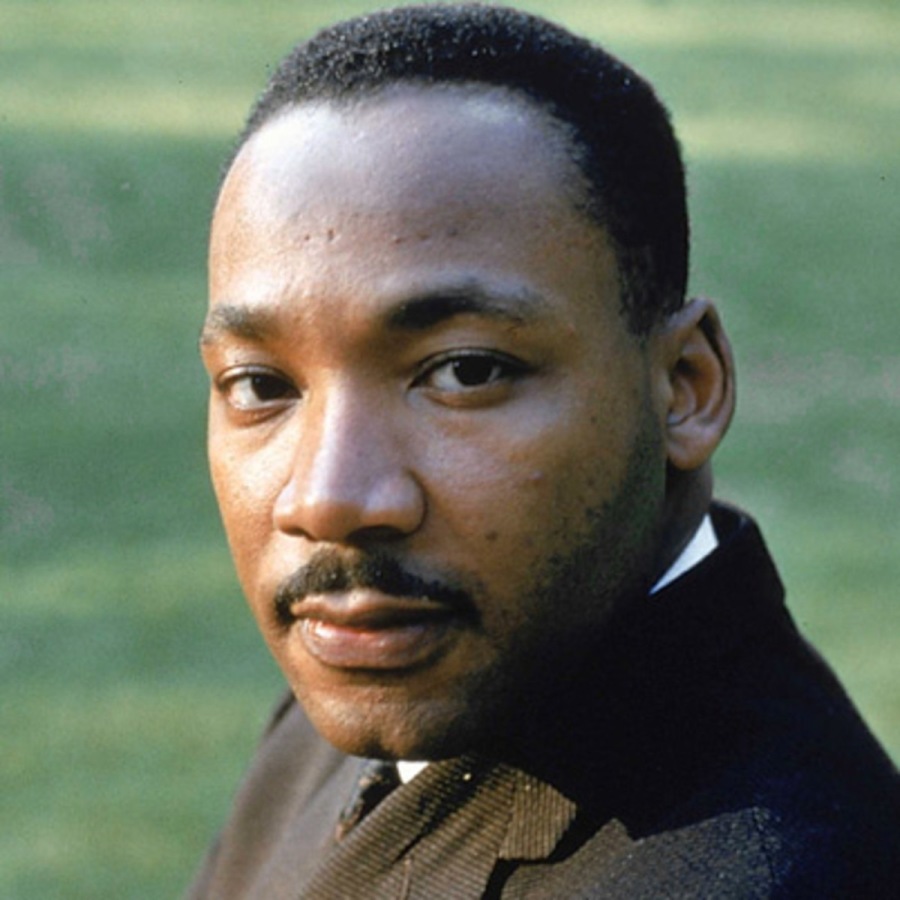 Martin Luther King Jr. was born January 15, 1929 in Atlanta, Georgia. It is on January 15th that we celebrate the life of this courageous and brave man who fought ferociously and fearlessly for the the equality of black men and women who were victimized, forced into slavery, kidnapped, raped and treated as the lowest of the low for much of American history. White Americans. treated black Americans with a perverted and pervasive sickness for over a century.

MLK grew up in a time of great civil upheaval. When blacks finally got free from their slave masters, they were thrown into the jails by their white counterparts and denied jobs. This forced many blacks into the role of criminal as they could do no work to make money and the jobs they could find they were paid severely less than their white counterparts. These unfair trends can still be seen today, as blacks are still racially profiled and 3x more likely to go to jail. 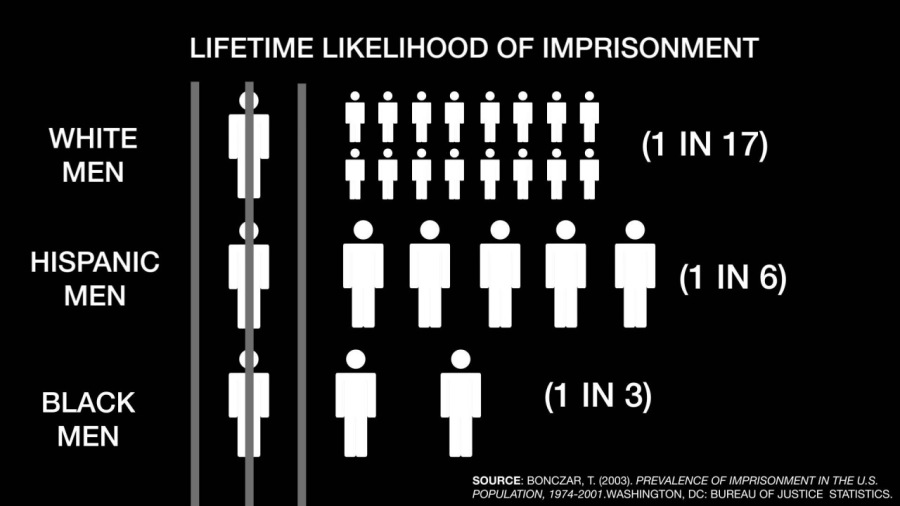 In the year 2018, there are many problems with the world still and most of them are due to ignorance and racism and believing that one class of people are superior based on the color of their skin. Racism is the most irrational and wildly spread form of oppression and it still dominates much of our society, which is why we have activist groups like Black Lives Matter.

Martin Luther King Jr. was a Baptist minister and civil-rights activist. He often was hauled off to jail and arrested  for trying to liberate his people from the white man's repression.  As we know, he was in and out of jail over 29 times for misdemeanor offenses related to his civil rights protest.

Kings most famous arrest was on April 12.  King and nearly 50 other protesters and civil rights leaders (including Ralph Abernathy and Fred Shuttlesworth) had been arrested after leading a Good Friday demonstration as part of the Birmingham Campaign, designed to bring national attention to the brutal, racist treatment suffered by blacks in one of the most segregated cities in America—Birmingham, Alabama.

Martin Luther King Jr. is just one of the many heroic figures from our past who taught us how powerful our voice can be and that one person can make a difference. It was because of his resilience and self sacrifice that he had a widespread impact on race relations in the United States, beginning in the mid-1950s. His ideals on leadership he took from Christianity; its operational techniques from Gandhi.

In the eleven-year period between 1957 and 1968, King traveled over six million miles and spoke over twenty-five hundred times, appearing wherever there was injustice, protest, and action; and meanwhile he wrote five books as well as numerous articles. He also won the Noble Peace Prize in 1964, for his resistance to racial injustice. He was the youngest to win the award at age 35.

Though race relations have drastically improved since the 1960's, because of the efforts of King and many others, we still have a long way to go as a nation. On a global scale the world has decided to foolishly value white skin as a commodity to be prized. It’s not just Caucasian Americans that are the problem, it’s the entire world. The world has decided to idolize white skin and to make white skin the color of preference. Race relations are still damaged in 2018.

August 28, 1963, Martin Luther King Jr,  delivered his famous, “I have a dream” speech and in this speech he says, “I have a dream that my four little children will one day live in a nation where they will not be judged by the color of their skin but by the content of their character.” 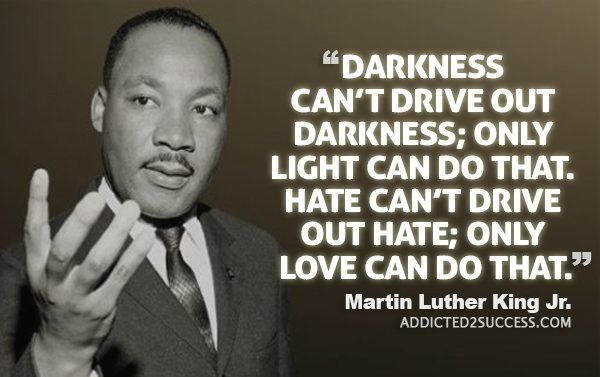 April 4, 1968, MLK Jr, was murdered for his courageous words, for standing up to oppressors and being the voice that gave millions of people courage to fight for their basic human rights that we are still fighting because racism still exist, not just in America, but throughout the world. Some people get killed because there skin is dark. Others can’t find a good job because their skin it too dark or their hair is too nappy and though white supremacists have used racism to their advantage, minorities have to take responsibility for allowing this to happen.

The people who stand in opposition of our wants, might come around, but even if they don’t their opposition shouldn’t hold us back or stop us from continuing to liberate ourselves from injustice. The person standing on the opposite side of the coin is going to advise us differently and therefore incorrectly to keep us in bondage.

The phrase "you're either with us, or against us" and similar variations are used to depict situations as being polarized and to force witnesses, bystanders, or others unaligned with some form of pre-existing conflict to either become allies of the speaking party or lose favor. The implied consequence of not joining the team effort is to be deemed an enemy.  As MlK Jr. Says, 'We must learn to live together as brothers or perish together as fools." If you are not with us you are against us. 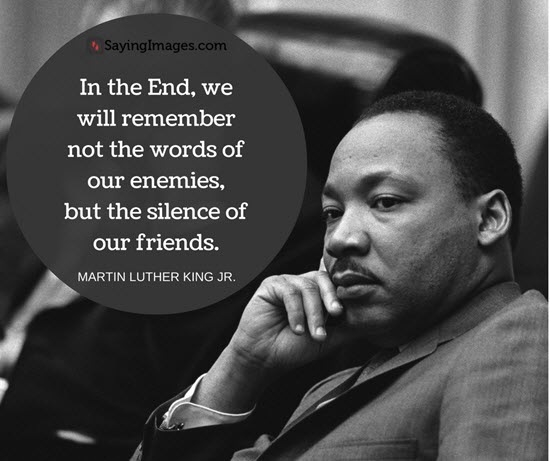 Preston \ud83d\udc1d Vander Ven Thank you for your thought provoking comment. I know we lose together and win together. Perhaps, my words were unclear. Thank you for your mini sermon. It is good to be reminded about god. I hope to gain my life soon. I feel i have lost it. I think I will write about this in my next article so thank you for the way you choose to bring up bible verses so compassionately to make your point. Enjoy your 2018.

Well said, Lyon Brave; a fitting reminder of a righteous man of such integrity, I doubt we'll see the likes of again, alas. I ran kitchens in the US during the 3-strike law; I hang my head in shame for all those who worked alongside - mainly black - who had little to no chance of escaping the 'system'. I don't understand why racism is still so prevalent in America while the rest of us 1st worlders have gone through the melting pot with benefits!