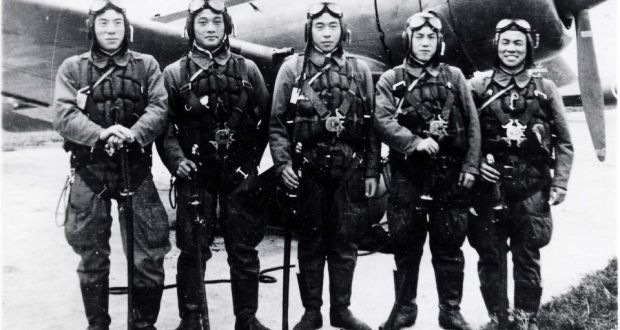 It is with deep regret that I write to say this will be my last letter. Just this morning, we were given a simple slip of paper with mission details and three choices. To eagerly volunteer, to volunteer, or to decline. All members of my squadron volunteered.

We celebrated the news with sake, although I do not understand why. When I think about the safety of my family, declining was not an option. Yoshi, my friend from my Keio University days, is frightened. It is quite unbelievable to think that we graduated just last summer, and now we find ourselves on our final days on earth. Our squadron has been given the honour of this secret mission and we do so “willingly” in the name of Showa Emperor.

They have asked us to write a will, which I duly enclose. Please take care of my new wife, Tomoko. She will be with child, soon after the New Year, so I ask that you support her and the baby. Although this mission was only asked of single and childless men, I could not live with the shame of not volunteering. Please say sorry to her for me.

It is not my position to question why, but only to serve. My one regret is that I am not able to continue the business you have worked your life to create. Please tell mother not to worry. We have had time to prepare, and tonight we feast on my favourite eel with rice. I am sorry to leave you all so early. Please take care the coming cold winter. I wish once more we could witness Spring and eat red bean buns under the cherry blossom.

In the summer of 1944, facing an ever-encroaching American Naval fleet, in a bid to repel the enemy from taking the Philippines, a new strategy was proposed. Given the dire shortage of military planes and pilots following humiliating defeats across the Pacific, it was proposed to make every plane count through the use of ramming attacks guided by the pilots themselves. There were no heat seeking, laser guided missiles or smart bombs. Air Fleet Commander and Chief Takajiro Onishi argued that Japan just did not have the necessary quantities of bombs to ensure destruction of a target, so the idea was to have a human guidance system to ensure accuracy and destruction. It was reported that in order to test the strategy, a certain Rear Admiral Masafumi Arima removed his rank badges and distinguishing marks and led a sortie of Mitsubishi A6M “Zero” fighters against an approaching US fleet. When the sortie failed to return, the Japanese announced that the Rear Admiral had bravely sacrificed himself by deliberately crashing into the deck of the USS Franklin. Although the Franklin did report some damage, it was likely the minor damage was caused by falling debris from a shot down fighter. But the Japanese propaganda machine spread the story of the “heroic” Masafumi Arima in order to inspire a new breed of warrior, the Kamikaze, or devine wind.

What is testament to the values and guiding principles of America; bodies of kamikaze pilots were often recovered by the American crews and buried at sea with full military honours.

Lieutenant Ichiro Watanabe, my letter writer above, is a fictional character named after a friend of mine from my Keio University days. I like to think that his plane never reached his target and he was forced to ditch it into the sea since they only carried enough fuel for a one-way journey. He washed up on the beaches of Santiago Island where he managed to evade capture through to the end of the war. When finally he was reunited with his family, his new daughter Sakura, which means cherry blossom, was celebrating her first birthday. 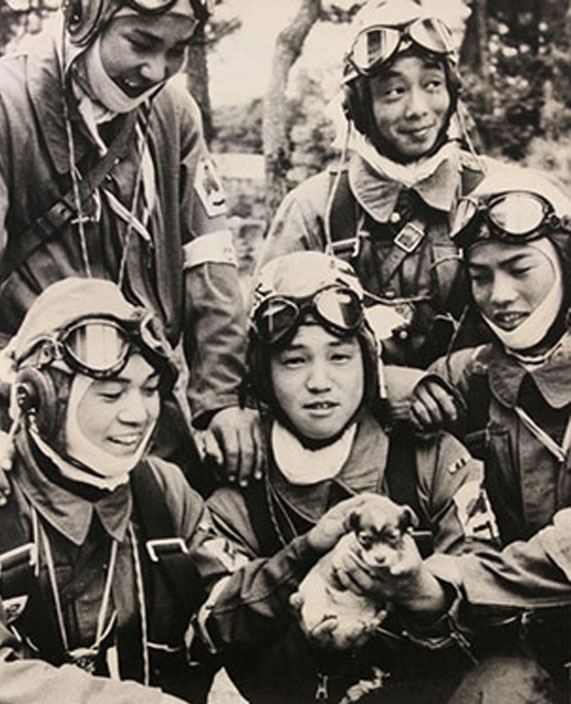 If you enjoyed this article, you might also enjoy:

In Love with Benito

#22
Dean Owen - I think it is a mistake to generalize. (That is not a pun, BTW) Eisenhower was to my mind a great U.S. president, in part because he knew and warned of the growing danger being posed by the military-industrial complex (of special interests). Colin Powell might have made a solid president, if he had a better grounding in constitutional history. William Westmoreland was an apparatchik. And many of the "great generals" in the U.S. (which is what I know best), like MacArthur, Patton, and Schwarzkopf probably had egos too big to make them good presidents. I think military brass have a place at the highest levels of decision making, but that the U.S. is founded on the concept of civilian rule. Unfortunately, we've allowed out political system to be bought by moneyed and foreign interests.

#21
Yes I got you Phil Friedman. Do you think military brass would make better politicians? I am thinking back to Colin Powell...

@ Dean Owen and John Valledor - Please do not misunderstand. First, I said in the modern world. And second I am talking primarily about rulers (politicians and other doyens of government, not the warriors who carry out their orders. I understand fully that not all generals are from the Armchair Brigade.

#15
John Valledor, your comment should be a buzz in itself. The waterbottle story is absolutely priceless. Our perception of the American soldier, right or wrong, is largely from Hollywood's portrayal in movies like Casualties of War. I suspect "Generation Kill" was a pretty accurate portrayal, but you would clearly know first hand. Respect.

#13
Indeed Phil Friedman, as illustrated by the armchair generals of WW1. This was actually not the case with the Kamikaze, when in fact the Admirals and Commanders often led the squadrons to their death. Call it Samurai spirit, I think perhaps they were obsessed with devotion to a divine Emperor. It is perhaps rare to see Kings or Queens on the battlefield these days. It does happen, but is usually staged. But throughout history there have been a huge number of monarchs/emperors killed in battle.

from your right to honor with your sacrifices

In the modern world, wars are waged by old men who rarely, if ever take to the battlefield themselves. If politicians and high government officials were required to lead troops into battle, there would be far fewer, if any wars. This post by Dean Owen is a must read, for it is rich with history and a keen sense of humanity.

In the modern world, wars are waged by old men who rarely, if ever take to the battlefield themselves. If politicians and high government officials were required to lead troops into battle, there would be far fewer, if any wars. Very nice piece, Dean Owen, rich with history and humanity.

#2
Another example that we are more alike than different.

#5
Thanks Pamela. I am sure there are parallels to be drawn if you dig deep enough. I have no idea where to start really. My intention was not to glorify these horrific acts, but more to highlight that these were typical college kids much like the ones I went to university with.

#4
Thanks Michael. I do have a book waiting to be written, and incredible story that needs to be told, and in a way these are dress rehearsals, but the book will have to wait as it is politically sensitive and may well get me evicted from my current country of residence.

#3
Thanks Irene. Yes I think there are lessons to be learnt here and I am kind of on a journey to discover what the lessons are. Much appreciate the kind words.

#1
Thanks Ken-san. I think it is an interesting topic. These were well educated kids from Japan's best universities, hungry for life but bound by duty and victims of scaremongering propaganda. But it is incredible to see a special relationship develop between two enemies, Japan and America, in such a short time frame. The Japanese are grateful for American assistance in rebuilding after the war. Lesson learnt by a grateful nation and taught by the greatest nation.

Another thought-stimulating post, Dean-san. The world has changed since 1944, in many ways, but we are all too aware that the 'kamikaze' command is still delivered to, and heard by, some of our modern world's youth. Same result, different arena, different époque. Brings to mind Peter, Paul and Mary's "When will we ever learn?" 😢