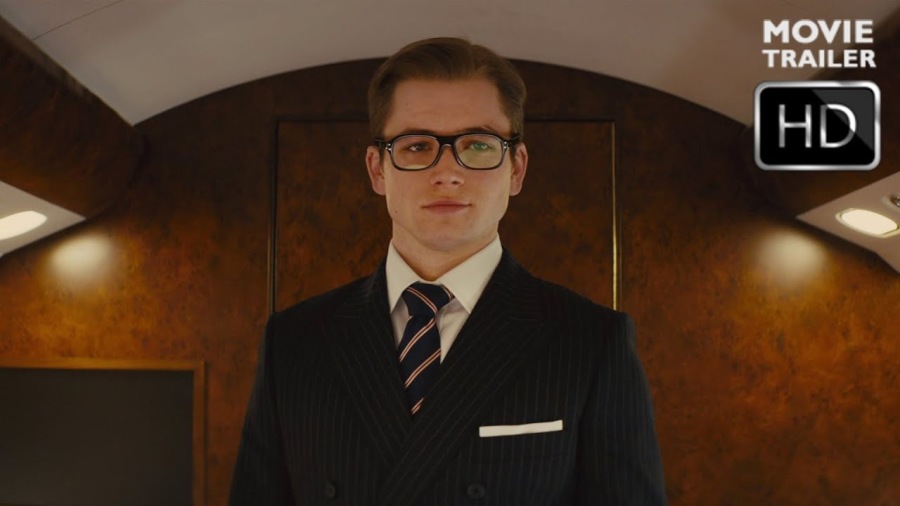 Not only does a bomb go off, a kidnapping occur, but a boy's origin story begins. We are introduced to mystery and intrigue right away when powerful characters come into the scene and we don't really know who is the hero or the villain. We just know the characters are really cool and dangerous and when Samuel Jackson walks in the door and is the one who gets to drink the 1962 Dalmore, we know we are in for a good time as the movie progresses.

Taron Egerton plays Eggsy, the boy destined for more who is like any charterer in a superhero movie growing into his destiny. He has a rough home life, filled with a lot of abusive douche-bags trying to bang his mom and because he had a dysfunctional and violent home life, he never lives up to his potential though he is highly intelligent and athletic. Like a lot of smart kids from a troubled home, he has a problem with authority so he quits things like the Marines and is no stranger to getting into trouble with the police. The lack of a silver-spoon has set Eggsy on a certain path, but if he is willing to learn, he can become a KINGSMAN.

What is cool about the training of the Kingsman, is the contenders die during training. This gives the movie a realistic feel. They trainees are put in life threatening situations and if they are not smart enough to figure it out they die in training. They do not get a lecture about how they can do better next time. Sometimes after a scenario about how the most important lesson is teamwork, they will turn around to see during their attempt to only save themselves, some of their teammates died and they did not even notice until it was pointed out.

Visually, the movie is what you would expect from a big budget action film. The scenes are clean and crisp. When it comes to cinematography they used a fast speed style to display fight scenes. The action is rapid and effective.

Overall, the movie is filled with excitement, action and your adrenaline is pumping the whole time. The movie is highly entertaining, with underlying political tones that seem to predict future trends, like whoever rules Mobile towers, rules the world.

In the end, Eggsy chose not to shoot his dog to get a job. What is interesting is after all his training, he went right back to his old ways, being sucked into the drama with his stepdad. Though you could say it's noble for him to try and protect his mom, in actuality its just a low level of drama that is not worthy of his attention.

What is worthy of Eggsy\s attention is the church scene massacre, where there is an epic battle leaving not one body alive in the church, but the Kingsman. The free cell phones that were distributed earlier in the movie, were used to emit a neurological wave that made people aggressive and want to kill each other. This was a test for a cull to kill off a large portion of the population as the villain of the story sees humanity as a virus.

The bottom line is the Kingsman offers entertainment in a high fashion.