IGNORED BY A SAINT by LYON BRAVE 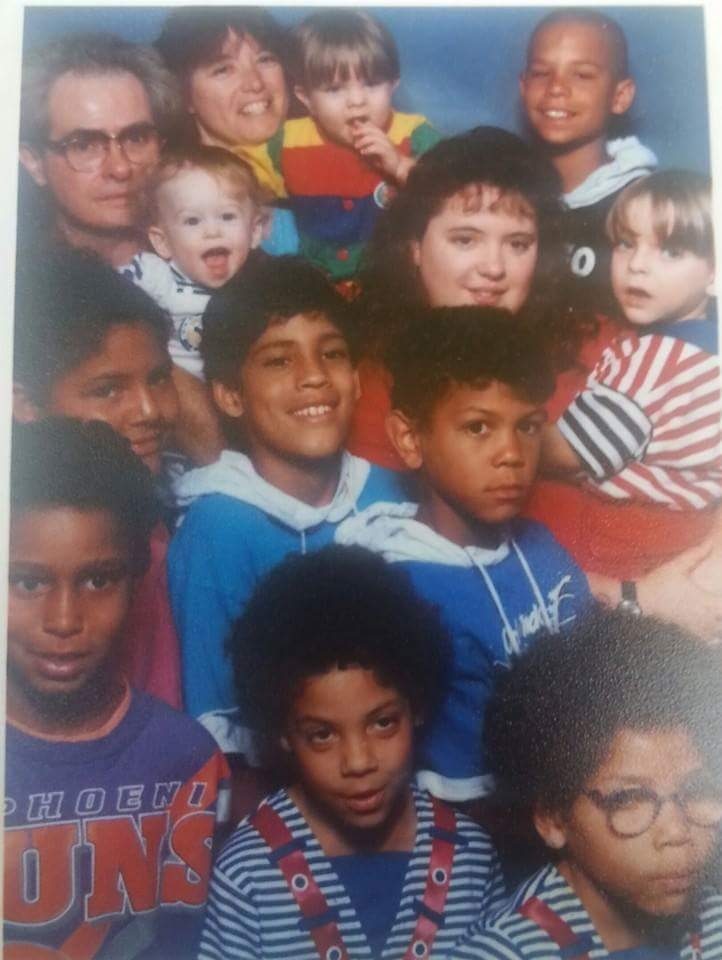 It would make sense to continue this story by sharing with you glimpses of my mother, the bee, the matriarch, or dragon lady as I once referred to her in a college essay. My adopted mother Marilyn is an extremely complicated woman. Most of my life I felt neglected or ignored by her. I felt unloved and unattached.

I did not comprehend her motives for adopting so many kids and I thought it was for money not love. When I got older I realized how wrong I was to view my mother as a malicious person. It was more like I was a sensitive child that needed more attention and I could not get it in such a large family, but this lack of attention only caused me to grow strong and independent in the real world, but this also made me standoffish from people, mistrustful and cold. 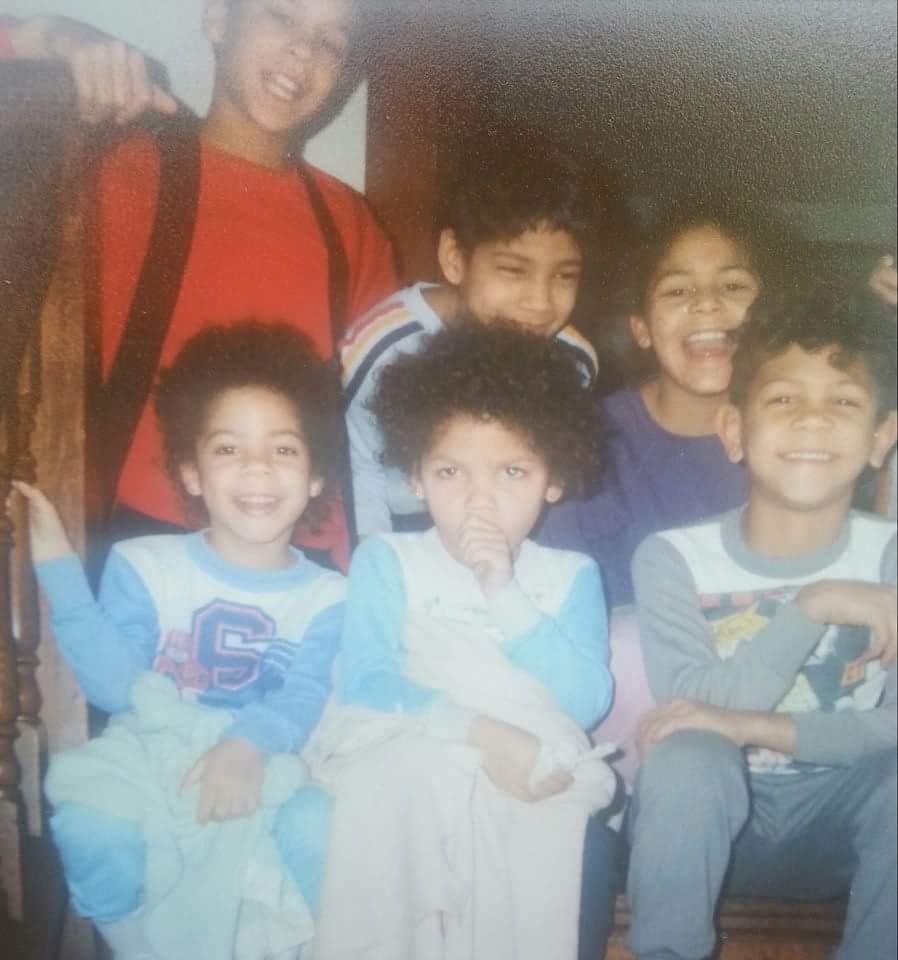 My adopted mother Marilyn never helped me out financially because she knew better than me apparently. She knew every time she gave me a dime I would grow dependent on her, and she knew that was no way to face the world because she was not always going to be there and I needed to learn to deal with life struggles alone. At least that is the positive spin i put on her not helping me when i turned 18 with the struggles of life.

I did not handle this well at first; not being able to get financial support from my mother when some of my other siblings could, but her intuition was right because I did not need her and I successfully overcame many trials and struggles alone. This is also me putting a positive spin on her stinginess and her neglect towards me. See, I try to see the positive in situations and people, but that also leads one astray from the truth. 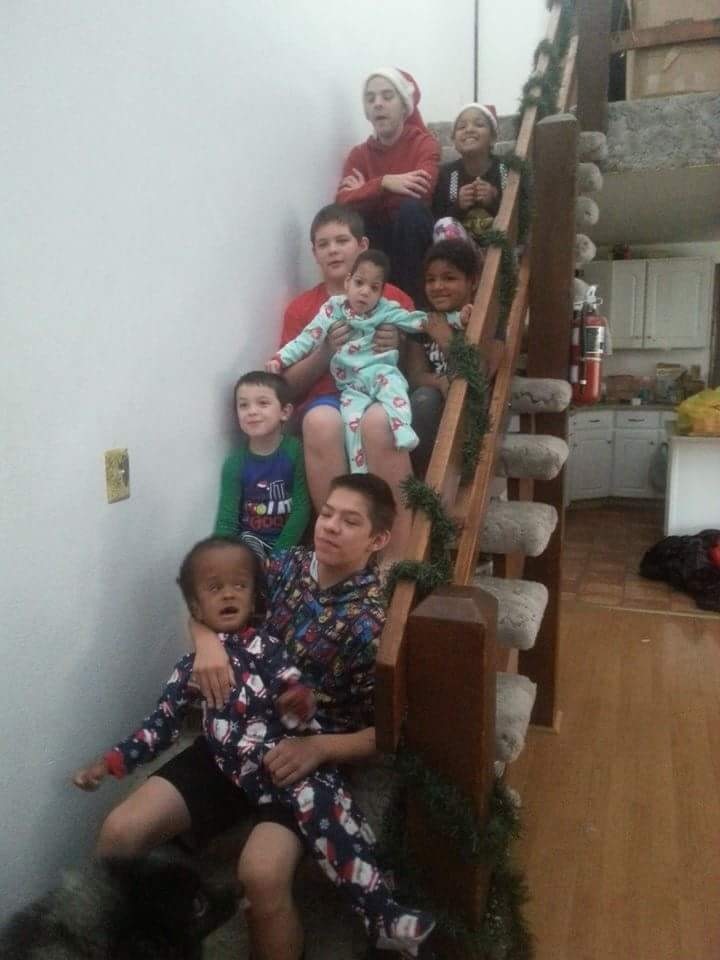 The truth is my mother was too busy worrying about the next kid she would adopt to give me the adequate support I needed and deserved as a human. She did not show me enough love and affection and she did not give me enough financial support. She made it so my life was much harder than it needed to be. She let me struggle on the cold streets instead of letting me sleep on the couch.

She would not even drive me to work because she said she had no time for it, but she made time to drive someone else’s daughter to work. I still do not have my driver’s license because nobody will take the time to teach me to drive. The reality of the situation, driving is a traditional skill set for parents to teach their children. One of my parents should have taught me to drive, and I begged but they always made excuses not to teach me, to hold me back. 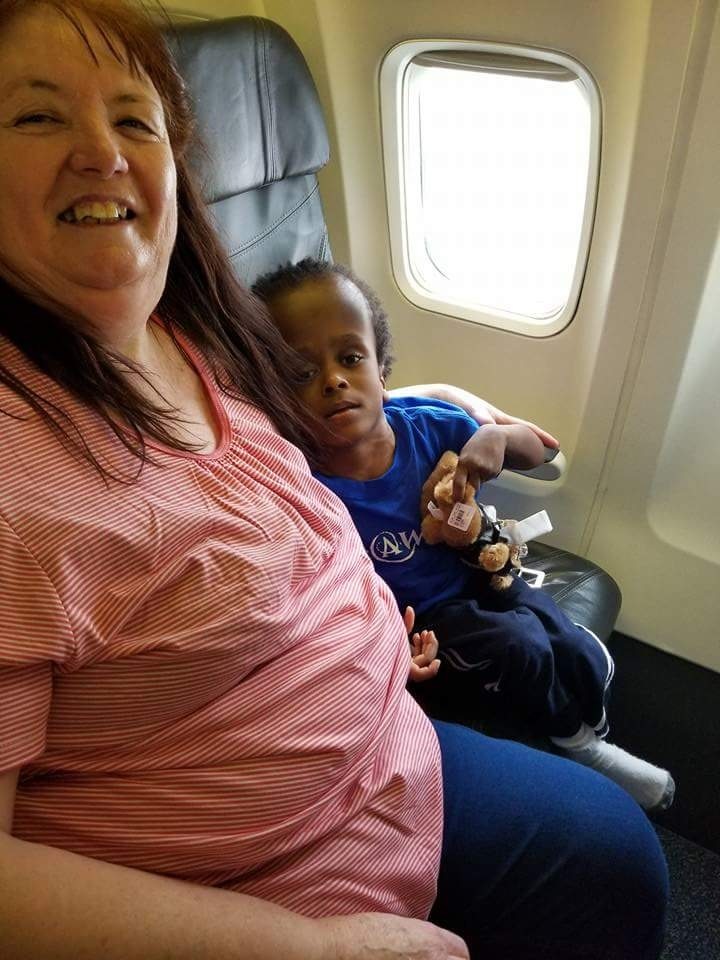 My mother’s problem was instead of helping the kids she had, she ignored them and went and helped other people. I know she is an amzing person and i am selfish for wanting a mother who really took the time to develop  me. It is very hard to become a worthy human without proper instruction.

She left most of us to struggle on our own even though she adopted us and was supposed to help us. She was a woman who bit off more than she could chew, and instead of stopping she just kept consuming more food until she started to choke and because she was choking, I was choking. As soon as she adopted another kid, I was the least of her concerns. Making sure everyone else in the universe was okay, always came before making sure I had what I needed to be a functional individual.

If you ask my mother, she did everything in the world for me. If you ask me, I had to beg her to take me to the hospital when I broke my pinky playing basketball. I told her it was broke and I needed to go to the hospital and instead of getting off the phone with her girlfriend, she continued to talk for another hour. 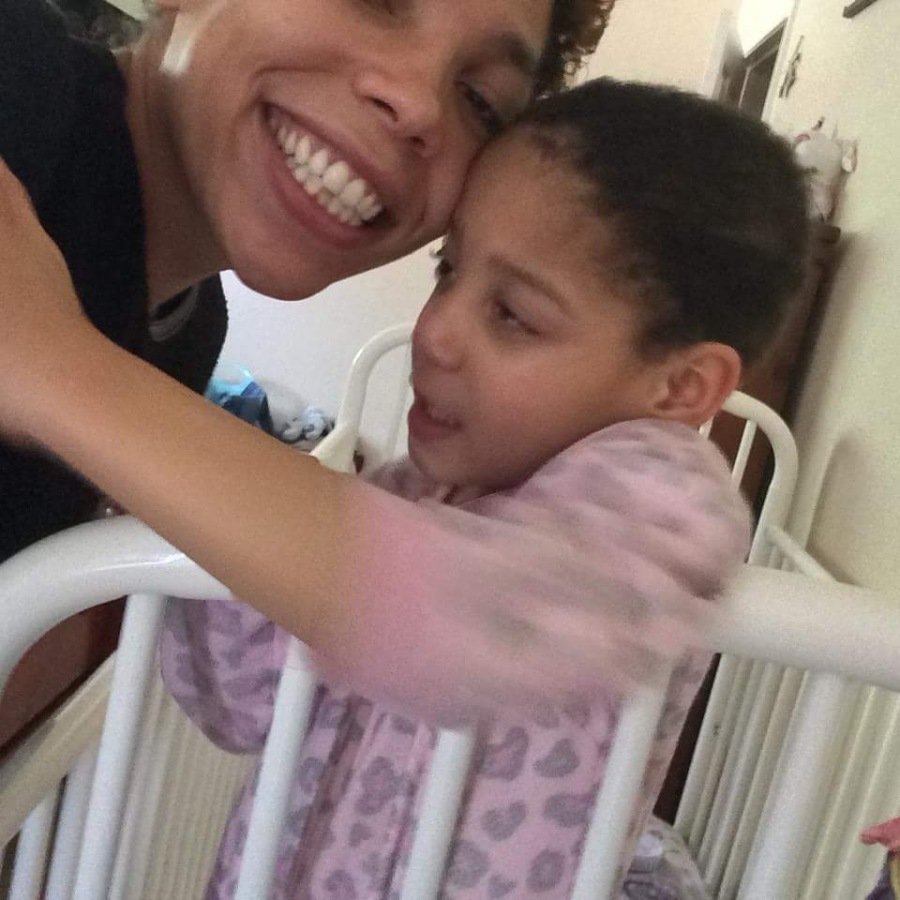 I had a similar incident where hot grease poured all over my body, and I had to wait for her to finish running errands before I could go be looked at. It was a serious burn too. Pretty extensive, my skin peeled off like an onion and turned all kinds of nasty colors.

No, my relationship with my mother is not as saintly as she would like to claim and have me pretend. Our relationship is one of neglect, misunderstanding and emotional abuse. She emotionally abused me and still does to this day. She never really hit me, but the one time she did my nose would not stop bleeding. It seemed to bleed all day, and because I was angry about being smacked in the nose, I left a bloody hand print on the wall very dramatically.

There is a psychology working when I think how the first dollar I ever earned was spent on my adopted mother. She had me clean the whole house for a dollar, so I would not look stupid on the school field trip to the mall. It was Christmas time, and we were supposed to buy gifts for our whole family on this trip, but I had a rather large and poor family and to buy gifts for all of them was not feasible. I suspected Santa would take care of the rest of them, but I wanted to make an offering to mother, and conveniently there were dollar objects to be bought for an ambitious lad like me. I purchased a Virgin Mary figurine, which she loved.

My adopted mother Marilyn is very easy to shop for because she collects cheap figurines. Her collection has become rather interesting over time. She has nla nativity set, and black sailor boys, and ballerinas, clowns and antique soda bottles. Because of her taste, the house I grew up in was filled with images of Christ and tiny sculptures of humanity. It probably subconsciously wired me to appreciate the arts. 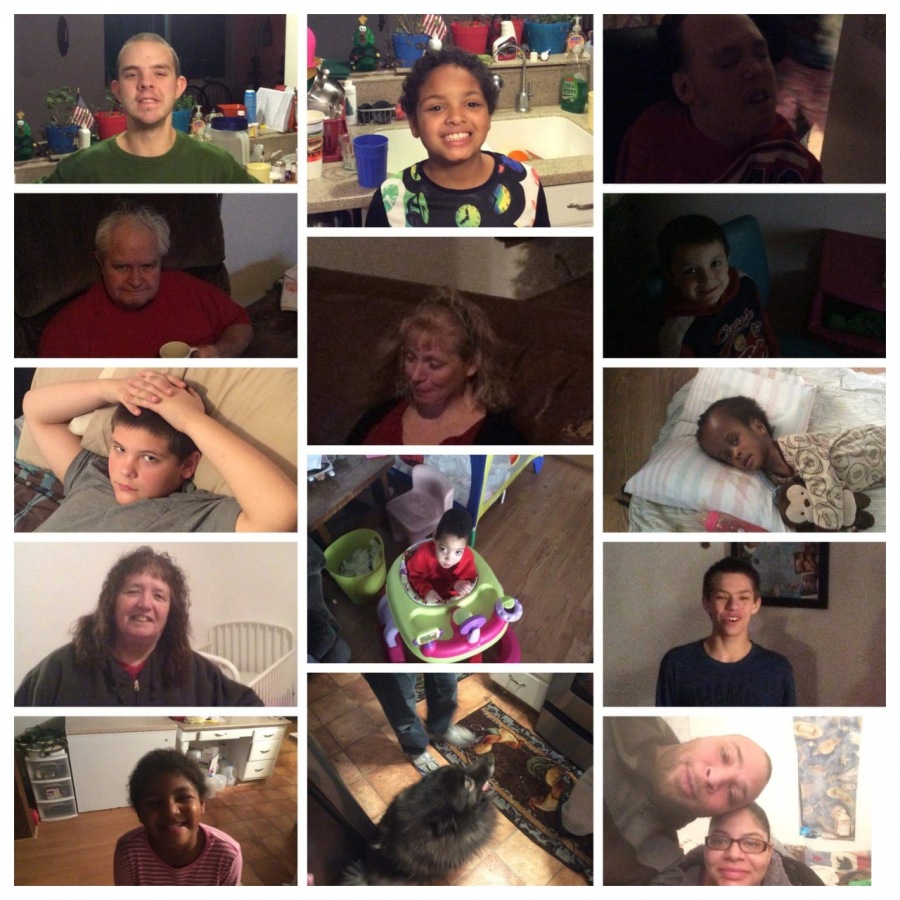 I was not the only child in my family who tried to please mother. Most of us tried to satisfy her, but it was a nearly impossible challenge that failed miserably, until her heart started to soften in old age. All the honey made in our house was for the queen bee, and the reason the worker bees worked so hard. As much as it sucks to be a slave to the queen, we would not exist without her. After our queen bee recovered from cancer, she became a little more pleased with things, though her cancer was nowhere near as serious and life threatening as my father’s.

Both of my adopted parents are cancer survivors, which prove these are resilient people built to last. I am not sure why but I often find myself wondering when my adopted parents will kick the bucket. They are in their mid-sixties, and this might sound cruel, but I think I will feel like a gigantic weight has been lifted off of me when they die. I think I will feel a tremendous amount of relief like I am finally free from the family that was never mine to begin with. 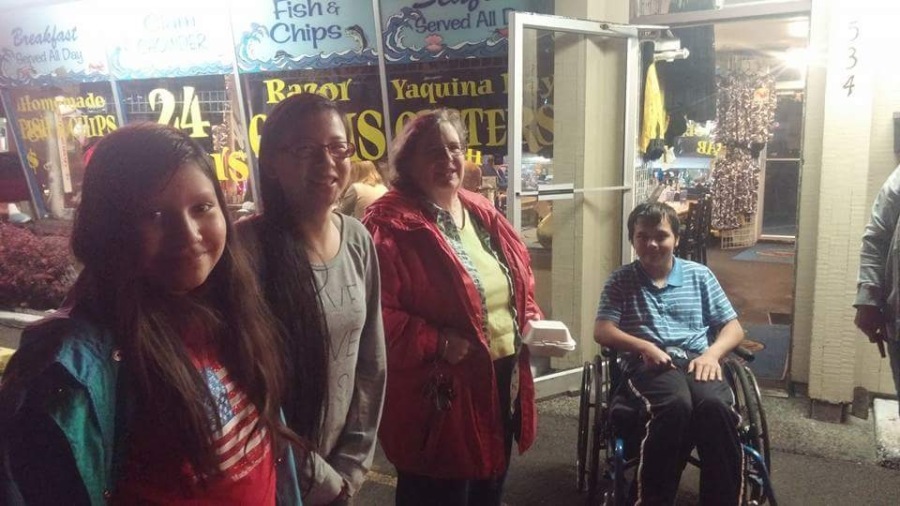 The more children those two adopt, the more complicated my life becomes because I have one more sibling to add to the massive handful I already have. One more obligation added to my already over cumbersome life. These children, my new siblings, have no one to depend on either. They will look at me as their big sister, a person to depend on, when all I want to do is walk away from the messy life my mother created and start my own family. I did not choose this life, she did, but I have been chained and burdened to it by an invisible umbilical cord. 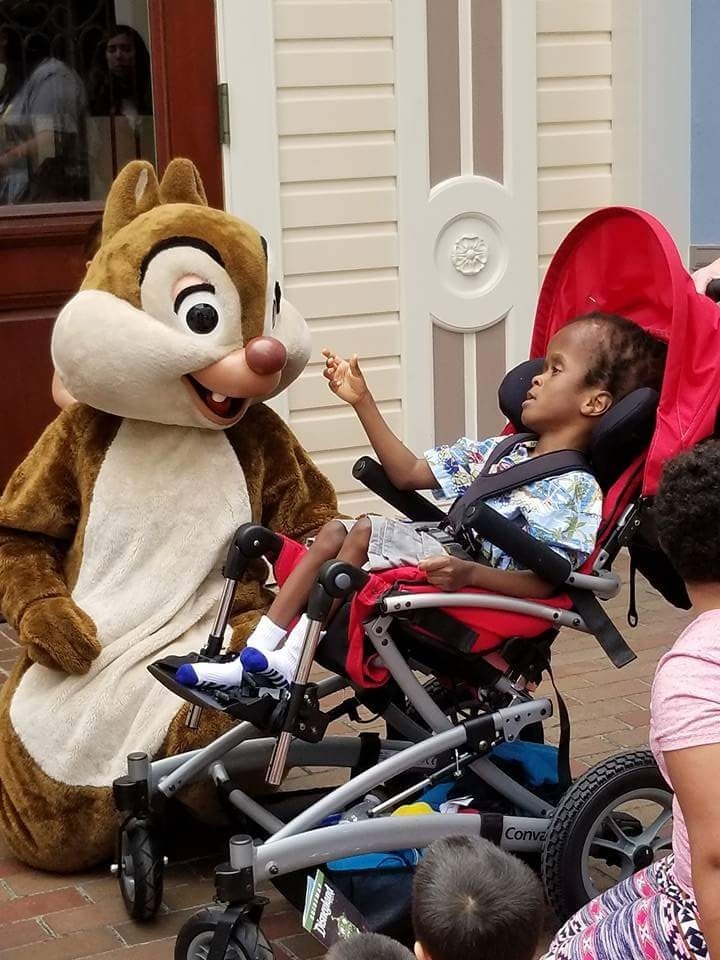 My whole life has been bombarded with kids and diapers, and not a minute of peace. I was the child taken care of children, taken care of myself. By nature I am a loyal and dutiful person, so it has not been easy for me to cut ties from my dysfunctional adopted family, though that would be the easiest thing to do because I feel like a monster when I am around these people. I am not able to sacrifice my dreams to take care of sick children.

I cannot be myself in their presence. This is a struggle that all people have to face, going separate ways from their family ties to find oneself. The family atmosphere can be really repressive and destructive to an individual’s growth process. I found it rather stifling because nobody encouraged me, they just all put me down. I was a gifted child, and they wanted to make me think I was disabled because most of the kids were. 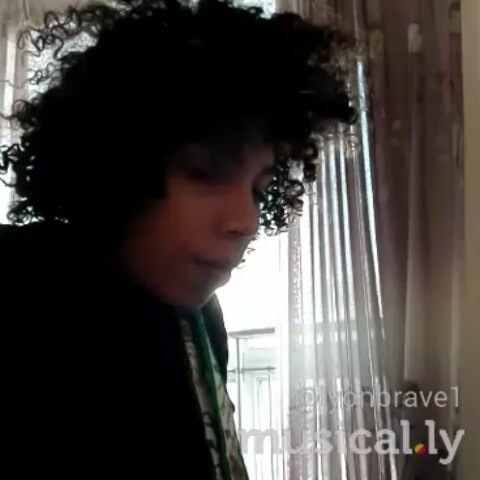 I could have been a musical prodigy if they would have just given me the piano lessons I begged for, but instead I was bullied into NOT singing because they did not have time to let me dream and express my talents. Because I was very sensitive their neglect of me was very hurtful though at their core they did not mean to damage me the way they did. 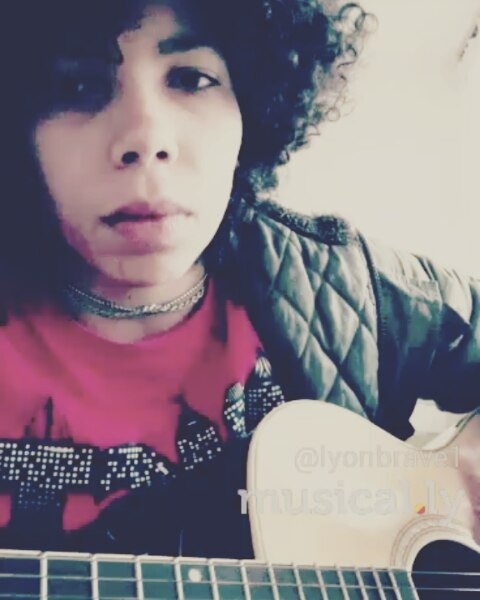 After my sibling told me to shut up so many times, I just stopped singing around them and begin to suffer silently. I hold a lot of resentment towards my adopted family and I have never been allowed to voice it because i live in this world where I cannot express negativity or everyone wants to declare i need to go see a shrink. I live in a society where I am mentally unhealthy if I want to say my boss is a sexual pervert.  or my mother is neglectful. Though my mother was amazing in her own right her adopting so many children left ke to feel like a stranger in my own home. That void never got smaller only bigger over time.

The day I realized no matter how much I tried to love my adopted family like my own it would never happen was the day my adopted brother Scott told me we were soul mates, asked me have sex with him and have his baby. This event triggered a lot of emotion in me. I started to cry and could not contain the tears. If Scott were my real brother he would have never said that to me. I do not blame Scott for admitting her had feelings for me. I can see how they developed. We are both attractive, both writers. I just share this because though my family is a miracle family, i was hurt by this miracle.

P.S. I am writing a memoir