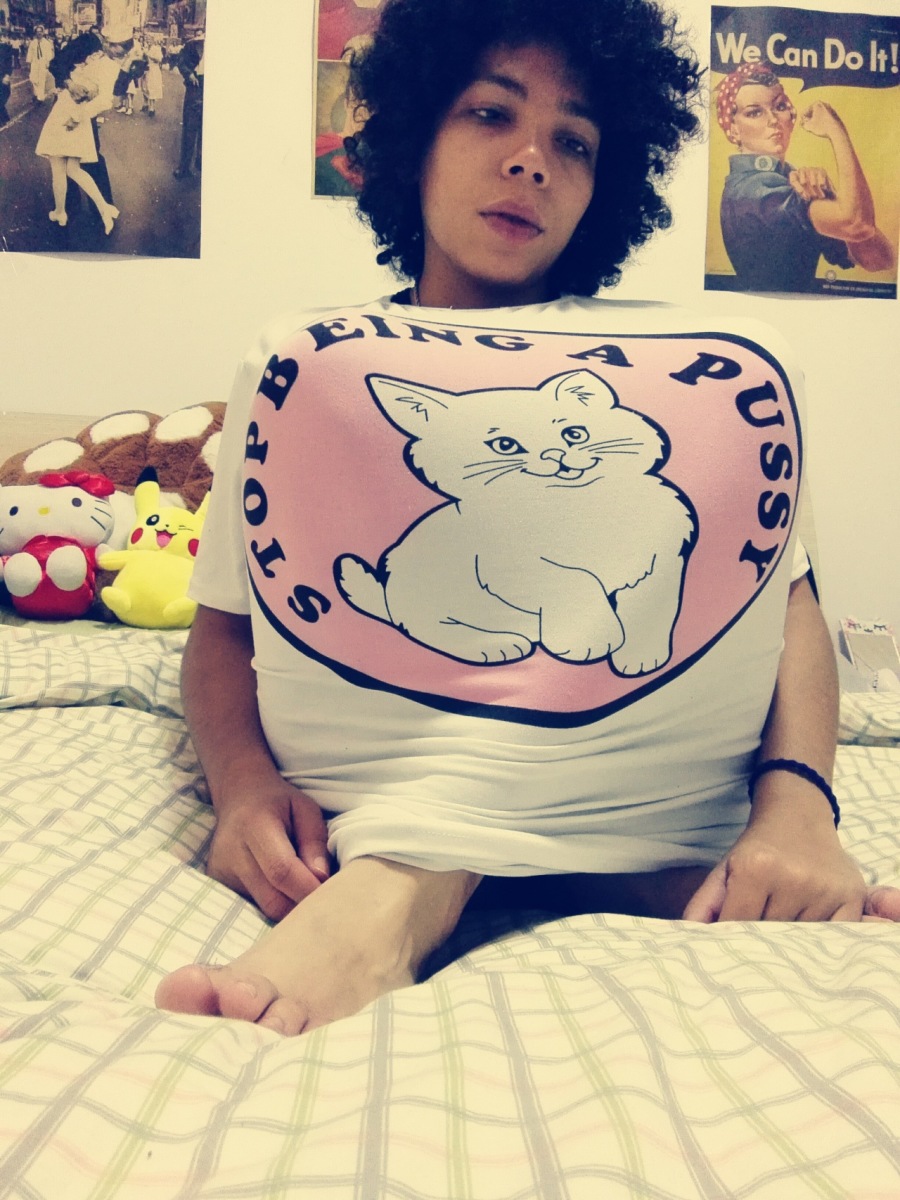 A lot of men don’t understand why feminism is necessary and that is because they haven’t been made to feel fear on a daily basis. They have never been sexually violated after having a few too many drinks, or touched inappropriately in an elevator, where a man thinks it’s fine to just spank a strange woman's ass. Men don’t get rejected from jobs for having tits, or excluded from conversations for having pussies. 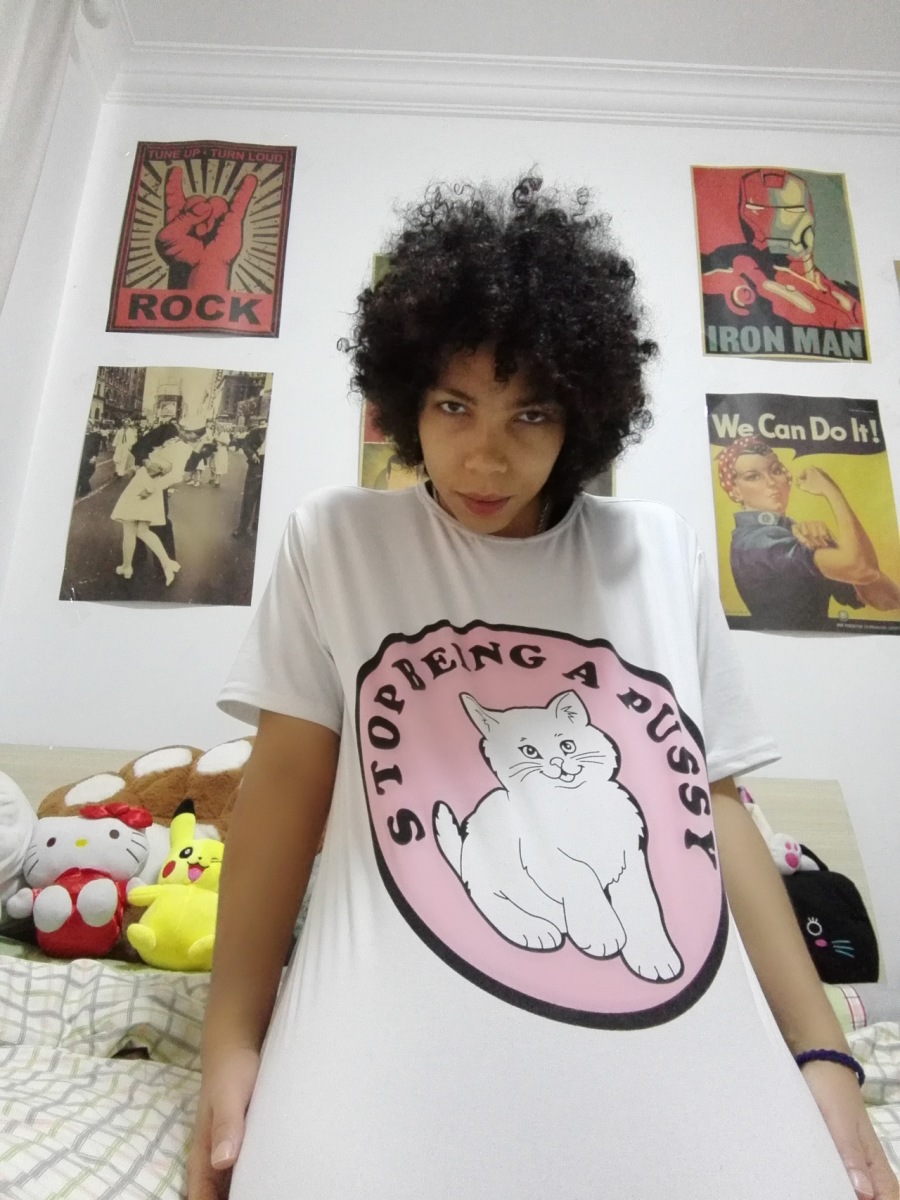 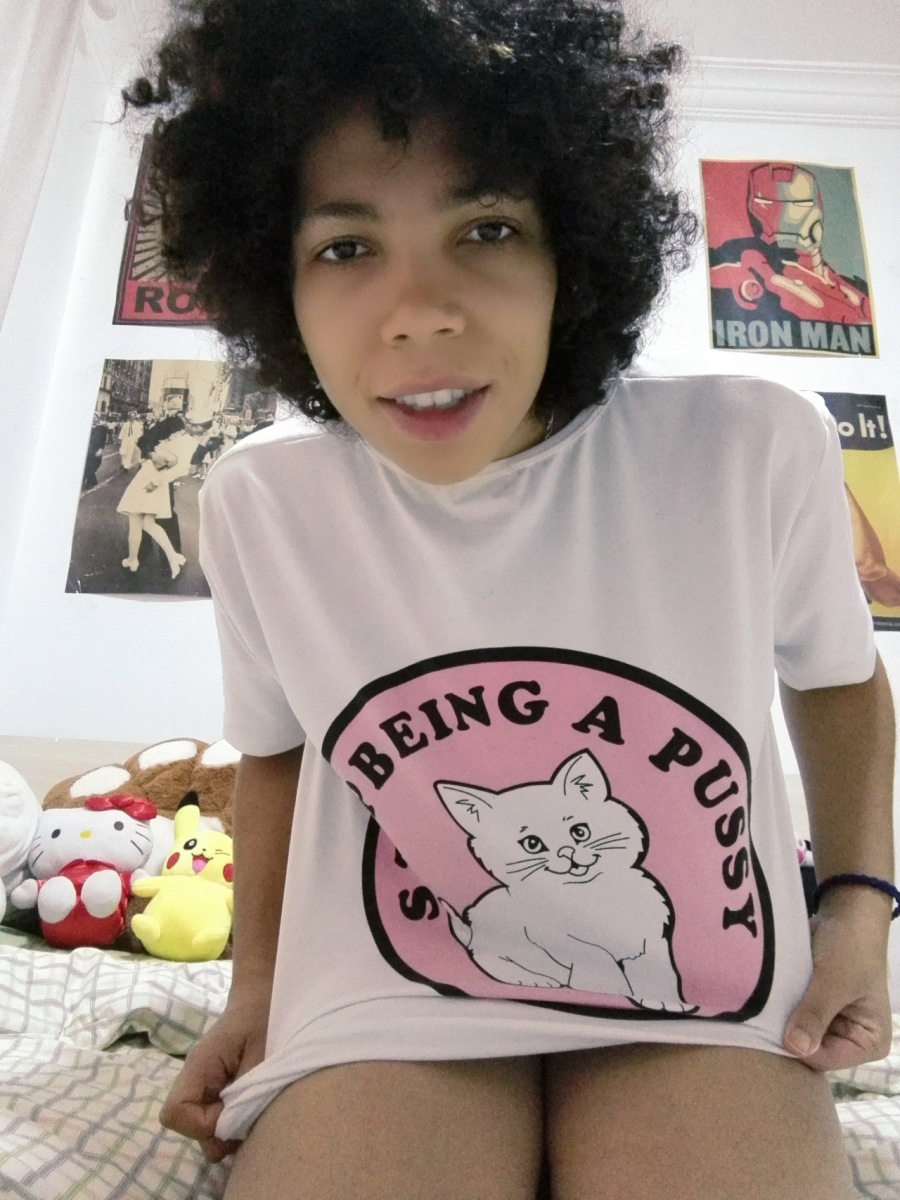 Women have to have feminism because men have machismo, which is a strong or exaggerated sense of traditional masculinity placing great value on physical virility, domination of women, and aggressiveness. Basically,macho attitudes are things like men are superior to women, women should be seen and not heard, a woman's place is in the kitchen not the courtroom, and all women are really good for is sucking dick not conversation or friendship and certainly not engineering,technology, construction, mathematics or business. . 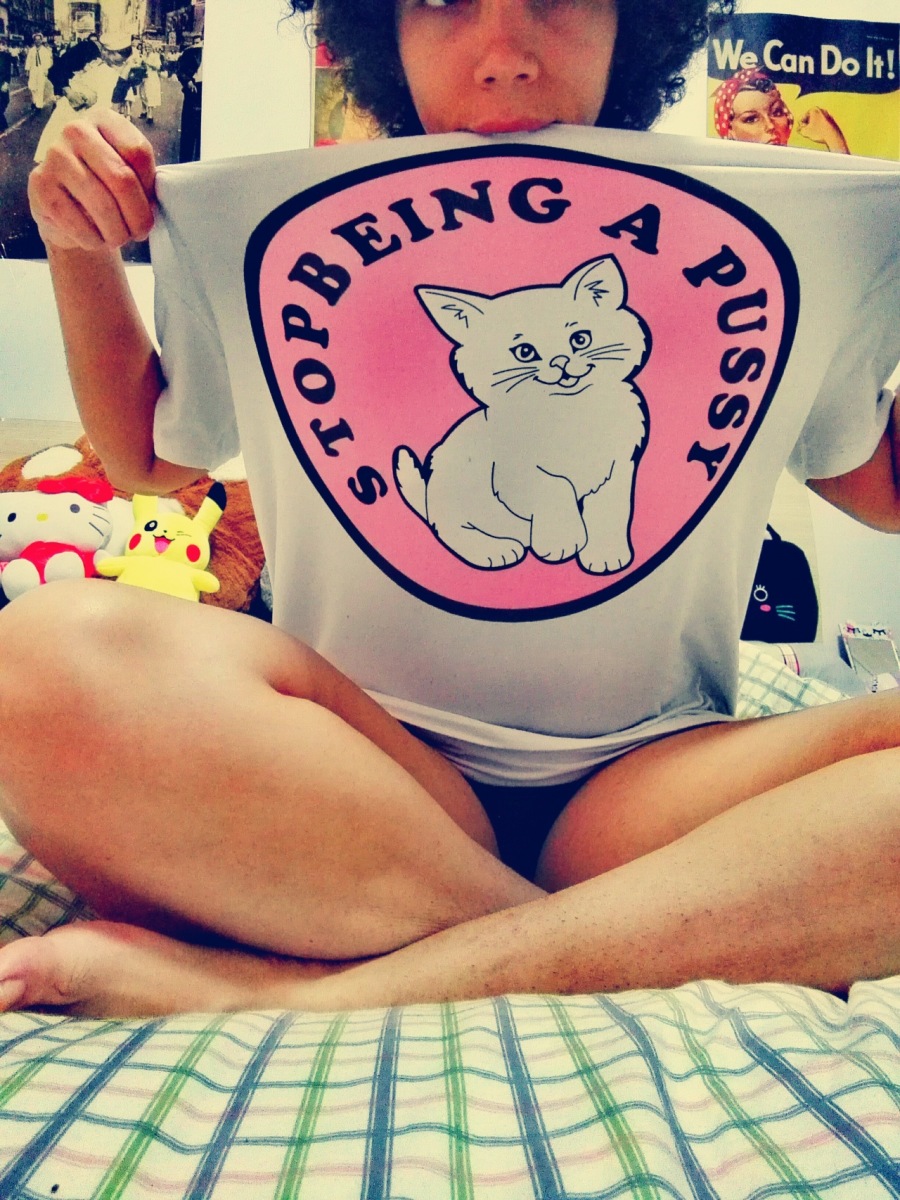 Our fellow bee Irene 🐝 Rodriguez Escolar said,“People with macho attitudes and behaviors regard women as inferior beings, with fewer rights than men. The feminist movement, on the other hand, tries to achieve an egalitarian society, in which there is an equal opportunity for women and men.”It’s clear we need a strong feminist women to elevate the status of women globally, but that doesn’t mean we have to lose our Femininity to do it.

With that being said, is Feminism Killing Feminine?

Though feminist come in all shapes and sizes, I have been running into the manly feminist frequently. The manly feminist can easily be mistaken for a man, is likely to wear oversized clothes not to show her shape off and may have a thin mustache under her lower lip. One of the most complicated sectors of feminism to navigate is beauty. Beauty is a standard. Beauty has it’s criteria and beauty is something not every woman has, though the majority do.To be honest like my male counterparts, I find it nasty when another woman does not shave her body hair and her armpit hair gets so long she starts to look like a gorilla. Men even shave their legs rather frequently in Asia as a beauty aesthetic. 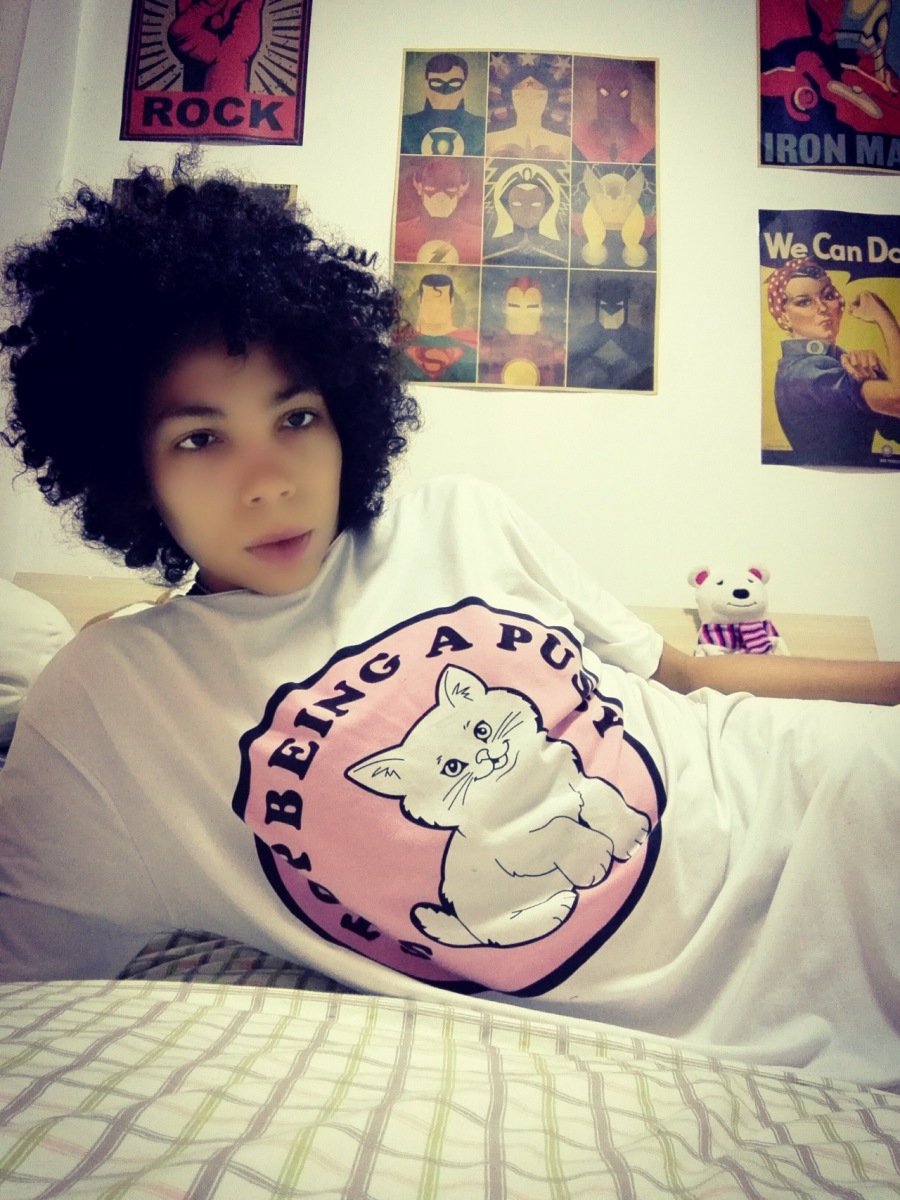 In present times, women have been fired from their jobs for not wearing makeup. Melanie Stark was forced from her job in sales at Harrods in for refusing to wear make-up.Even in the 21st century women have been expected to adhere to extreme standards of thinness, blonde-ness and hairlessness in order to keep our jobs. Whether or not women should have to wear makeup or not at a job, really depends on the job. There are many industries that focus on beauty, entertainment, and are excessively catering to men. It is not easy to simply say it is wrong to fire a woman for not wearing makeup.It really depends on what industry she works in.

We often talk about that dangers of shaming people for being their authentic self, but it seems to me unenlightened feminists shame feminine women for being feminine and that is counter-intuitive. Being a feminist does not mean trying to become a man. Ironically, especially in the lesbian community, I see women mimicking macho attitudes.

I don’t know how to say this politely or in an educated manner, so I will just say it. I am sick of the bull dyke feminist making me feel bad for desiring heterosexual normative behavior like the desire to date a good looking man, getting married and having a baby together. There is nothing wrong with women wanting to have babies with men.Women are designed to have babies and the penis was designed to go into the vagina.

I've noticed your poster, you're a geek, friki girl, great!!!!!😍 we already share another affinity. 😀😘

Dear Lyon Brave, you use a hard vocabulary, I listen to Hip Hop and I know some of the words. I love the photo of the woman we can do it 💪, yor t-shirt, too, we are not kittens rrrrrr, I am a cat that give squeeze 😁 I hate when we are called kittens. Aaaand ... you have pikahu, do you like anime?. I feel very, very honored to talk to you and that idea has come out of this article. Thank you sister.

The last aggression (the aggressions are also looks that strip and face of licking) I suffered 2 months ago when I went to work, to wear a shorts, beautiful told me with the face that I have described, at times makes me want to dress with my sweatshirt, raise my hood and disappear, not today, it's summer, that's impossible. I looked into his eyes and I said, you see the platform you can go out the door, return to your site and leave me alone. I turned and walked in the long car, do you think he was sitting? no, I had to show her inner male, not male, I had followed the whole car, my sense of anti-violence gender from 0 to 1000 in a second, there were no good ways, I have a high tone of voice I did not need screamed, furious I told him to go back to his seat, not to talk to me, not to follow me. a boy of about 25 years got up and stood in the middle, his girlfriend reassured me, I was calm, I was not afraid. He probably slept in the dungeon, there was a civilian cop on the train. The last thing I heard him say to this man was, I am a decent and respectful citizen. really? you have chosen a bad moment to drink, you should have arrived at your house, after work, take a shower and relax, but you chose, to compliment a woman, in a vulgar way. There are ways to comfort the beauty of a woman, without making her feel an object.

Mamma mia Lyon I feel honored (Irenece as me?). I completely agree with what you say. I can defend feminism with dress, miniskirt, shaved, makeup and heels 💪, I do not consider it to be less feminist because I feel feminine and sensual, that is the idea of ​​only a few who understand it so we are not a force. I also do not consider all the pyrotechnics macho, as I love spring because they fill the streets with beautiful flowers (we were 15 years old we left the institute) is a beautiful compliment. My ideas make me what I am, if I shave, make-up and wear tight clothing, or dress, it is because I accept my femininity and my sensuality, in my case as many are not governed by patriarchy. And dressing in wide clothes, wide pants (I dress so in the winter I'm a defender of Hip Hop culture) does not make me more feminist to hide my femininity.