She was my real aunt. My flesh and bones and forced me to call her Aunt Theresa, instead of just Theresa, because she wanted to make sure I knew my genetics where meant for street hustling. She sold pursues on the street for fifty bucks which she got from Cincinnati. Driving from Dayton to Cincinnati was a real adventure, where she would get out of the car and talk to a man whose van windows where blotted out with orange spray paint. I was embarrassed sitting in the car for four hour shifts as she asked every person that walked past if they wanted a Coach bag.

On the side of her car it said, “Da Purse Lady,” and it said that on her business cards. She would drive through the city all day and hunt people down till they bought her products. Some people hunted her down, but others she caressed and annoyed till they gave in. She was an arm twister and would not take no for an answer. This was her biggest personality flaw, but biggest strength as a hustler and entrepreneur. She even had one of those credit card swipes you attached to your DA PURSE LADY 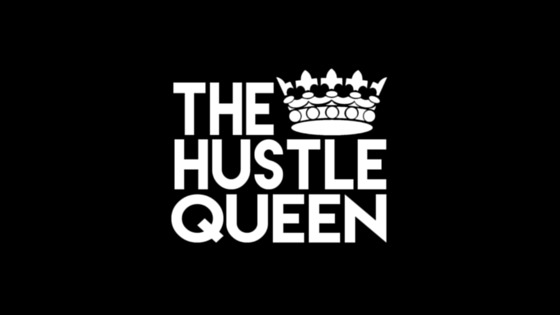 Theresa is my crazy aunt who shook me down and took me for a fool though she was the first to call me genius and first to tell my mom I was gay. S phone. This expanded her business because a lot of people did not have fifty dollars on them, but they did in their banks.

My aunt Therese could be sexy when she put on a wig, a pimp outfit and some boots because it gave her confidence and a look that said, I might have a glass eye, but I still got it. She lost her eye because she would not stop picking at it when she was on crack. Even broke into an optometrist office to get some medicine for the pain. The medicine was meant to be used in small doses and she used most of the bottle. It made her eye feel better, but also fall out. The eye was in poor condition to begin with. 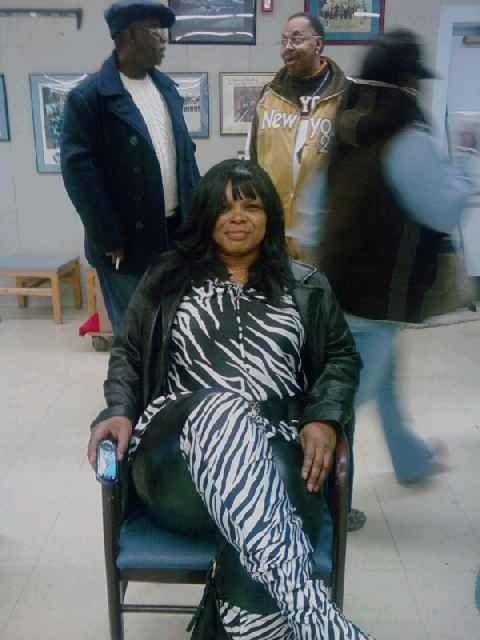 Because I was raised by white parents after being adopted, though I was a colored woman, I never saw or understood a lot of black people, or how they made money, especially the generation that came before me. They had to find an alternative way to make a living because they were not getting hired into a white man’s business. That would not be possible till years later, for everyone to be free enough to get a respectful and legal job, so they had to hustle and sell products on the streets and still have to hustle. Once she traded a purse through a drive-in-window for some chicken and biscuits.

I am not sure how gritty Therese’s life was, but I know she struggled. She grew up in an age where black women did not have many options because they were not respected. A world where she could be beaten if caught on the wrong side of town. I know it was hard to find a job when she was that tall, that opinionated, and that dark that nobody took a chance on her because they did not see her as human but a powerful gorilla. She tried to be a proud woman and hold her head up high but the world would not let her. They wanted her to feel ugly and out of place and that is what happened in her early years, she got lost. She took to the streets and stealing because that is what she had to do and she used drugs to self-medicate. She never meant for it to get out of control.

Privileged people cannot understand the life of the oppressed. A culture held back by another culture, a struggle that takes blood and generations of progression to end. It is my struggle, it is her struggle, it is our struggle and my aunt took the biggest blows for me, lived in an ugly place and time so I did not have to. Her generation of colored women made it possible for me to write this, and so did the ones before that. I was blinded by the harsh realisms that blacks were treated unfairly like they had leprosy by the white community because I was not educated on it.  I never got a chance to be around black people until I met my biological family, my Aunt Theresa. My adopted mother did not explain the difference in our skin colors, but we knew it was an anomaly in the world we lived in because she got paid for it. The states even declared in our paperwork being biracial, black or colored was a handicap, a crippling social disability.

The colored children in our adopted family were fine. They had no mental problems or physical. If they gained mental problems it was due to emotional traumas and not some biological flaw that happened during conception. The biggest physical deformity one of us colored kids had was a cross eye, and that was me. Well, that was true until two years ago, when my mother brought home Tony from Africa, a black baby with water on the brain, which meant he had a ginormous head. A head that weighed more than his body and prevents him from crawling or walking until they can afford a twenty-thousand dollar surgery that might kill him.

However, the white children were crippled physically and mentally. Matthew my brother was in a wheel chair. Markus is mentally retarded. The white children were truly disabled and that is why they came with money. When we were adopted, we were still living in a time so tragic the adoption agencies considered us inferior and disabled by the mere sight of our skin, and that is why we came with money, but they were correct that the color of our skin should be viewed as disabling because of the rampant racism in society.

I am a highly educated and accomplished woman, not to mention gorgeous. I have had my art in galleries, performed on stage, been in several publications, have a college degree, and I still find the only job I am allowed to work is one beneath me. My wages are always less than others but I have to take any money I can get because my position and those of all minorities is so desperate. Yes it is true some of us rise above our circumstances and become more successful than the majority of the white community, but it is also true that it is not easy to rise out of oppression. The number one group that is unemployed in America is black women. Even when they are employed they get paid severely less no matter how qualified, if you do not believe me, Google the statistics.

If life were a race, and we were running a four hundred meter dash, whites would be given spikes and a nine second head start while the rest of us are expected to catch up to them. The amazing thing is some of us do. Some of us become triumphant and win the rat race they thought we would surly lose. Some white people do not take advantage of their white privilege because they are ignorant of the fact they have it. My black mother had it harder than your white mother, because no matter what happened to her she was still white. She was not denied access to bars, she is not the one being profiled by the cops, and your white mother went to a better school, had a better education. The majority of white families have more money than black families because of our ugly history. White Americans left us in poverty after we built this country, their businesses and took all the fortune. Whites made it very hard for blacks to be successful in this country.

They stole us from our homeland. Chained us and raped us and made us plant their seeds, work their fields for a nation we would be lucky to be dogs in. For a nation they rejected us from. For a nation that throws an application out if they see the name Tameka. My aunt was a victim of the prejudices of society, of the white man rules which forced my family to do their work and paid them no money. My family and people had nothing, no virtue, no dignity, no education because those things were either kept or taken from us. When I say, my aunt stole, and hustled and sometimes used drugs because she was pissed off, you have to forgive her because of the injustices her grandmother faced, her mother faced, she faced, and I am currently facing. Pray God will forgive us all, for the unfair ways humans treat each other.