If I am to strip my faith naked and not worry about the judgment of my friends and family, I am an ATHEIST. Oddly, I feel a little afraid to say this, like god will pop out and say BOO, or my big brother will lecture me. I have been an atheist since I was a child. In childhood, I trusted myself to see the illogical foundation of religion. I asked questions like, “If god created us, who created god?” and “If only Noah’s family were on the ark, then where did all the different races and religions come from?”

People never responded to my childish-logical questions with logic. They responded with anger saying “Who is teaching you this stuff?” People become religious because they are beaten-over-the-heads with it and sometimes get shunned by their entire community if they don’t go along with the Easter Bunny.

Everybody was teaching me to be a Christian. Nobody was teaching me to be an atheist, but they should have been. Studies show that countries with strong religions have sick societal health.  What this basically means is there is more poverty, less equality, women are repressed by men, and everyone is irrational because they believe their own thoughts are the voice of god.

Humans have powerful imaginations. It’s how we ended up on the moon and got Star Wars. It’s easy to fixate on the idea of god. Think about how long you have been able to convince yourself someone you barely knew was the love of your life. Human imagination is dangerous when it never comes back to reality. For years, I was lost in a religious fog that caused me to be a bit irrational and hysterical at times. I’m finally back to my natural atheist thinking, I expect my life will be a lot better as I take back control of my life and stop leaving it to chance.

I’m not worried about god’s plan anymore. I’m worried about my plan. Life is about practical step-by-step application to reach your goals. It’s not about praying for a path to clear, it’s about deciding to clear a path for yourself. You pick your destiny, not tarot cards or numbers. 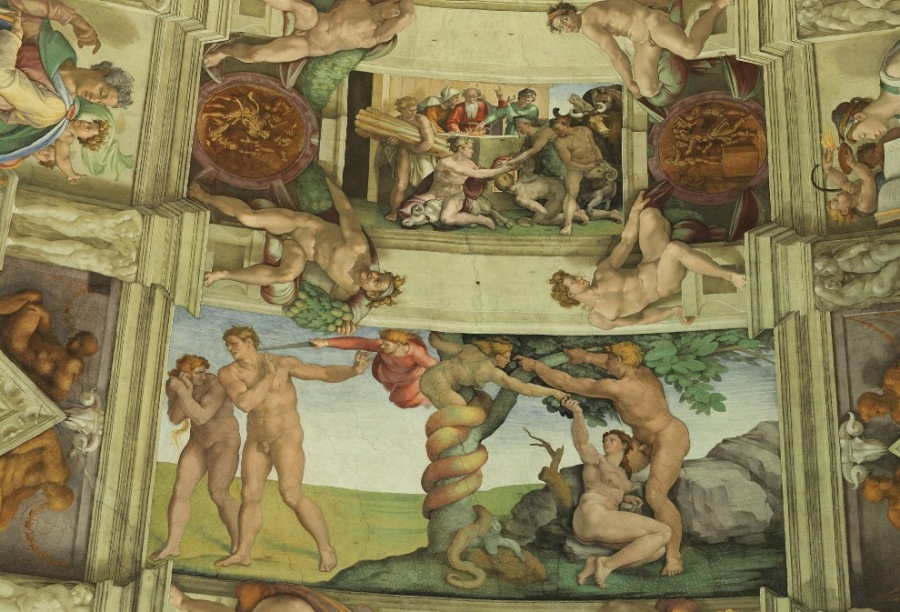 Now it’s proven that countries with a dominant atheist population have higher societal health. Places like Sweden, Norway, and Australia are ranked high on the list of livable and happy countries. This is because people take matters into their own hands and stop leaving everything up to fairy dust. Education is essential to a healthy society. What if all the practical information learned in academia is undone on Sundays by learning about faith in the supernatural. These countries excel because they have less reason to fight and judge people in their own nations. If we are not worried about a religious agenda, Christians have no reasons to hate Muslims or homosexuals.

Entirely too much money goes to the churches. When I asked a group of Catholics to donate to the UNITED NATIONS to help the refugee crisis, they said they already donated to the Catholic church. People need to stop donating to the church and donate to other charities directly, like Heifer International. When I walk into those new churches with laser lights, big screen televisions, and smoke machines, I know where your money goes. DONATE TO A REAL CHARITY http://www.heifer.org/

In America, it was found that the churches get about 80 billion dollars a year. 65 billion goes to paying the payroll of the people on staff running these centers, doing the opposite of what they say. Religion does not create peace and harmony on earth. It creates disharmony and division. Every time I’ve gone to church, I’ve regretted it, except when I saw Katy Perry’s parents preach, that was cool.

Because of the societal pressures around me, I became a Christian. It started by dating a creepy Jehovah’s Witness, who would use his faith in an attempt to control me. He would say stuff like men are the head of the house and point to scripture. Scripture has always been used as a way to control and repress women. I’ve met women who dislike their husbands, even fear them, but continue to get banged up by them because they think it’s a woman’s place to be submissive.

In 2006, Saudi Arabia defended a controversial verdict sentencing a 19-year-old gang rape victim to 200 lashes and six months in jail. The Shi’ite Muslim woman had initially been sentenced to 90 lashes after being convicted of violating Saudi Arabia’s rigid Islamic Sharia law on segregation of the sexes. Basically, this poor girl got punished for being raped by men. It’s the story of Medusa all over again.

Saudi Arabia seriously needs to stop letting men get away with rape. Guess what, men, god didn’t create you, your mother did. Show women some RESPECT. And if there were a god, women would be seen higher in god’s eyes because they are the incubators of life, so stop using religion to belittle women and use reason and rationale to honor them.

To be honest with myself, I have never been a Christian. I am always debating the bible, and picking at it, explaining why it’s okay to be gay and like Muslims. I usually say I can do these things because LOVE IS ABOVE ALL, but the truth is I can date women and be friends with Muslims because I’m an atheist and I never really believed in god, though I tried so very desperately. To be honest, I don’t think most people believe in god. We just say we do because the majority of humans are people pleasers and conformist, and smart people are no different.

Lyon Brave Oh "Brave Lyon" I agree with Bernard Poulin ... you do have a wonderful, THINKING brain ... a most desirous & lovely quality The good news is that THINKING changes as we journey through life & experience things that change our course Again, I have had many more laps around the cornfield-of-life and THINK very differently than you have expressed in this buzz ... because I invested decades studying the Bible (& history) and have experienced God's working in my life by His Holy Spirit ... illuminating my THINKING and directing my path. No way does faith in God mean a free pass from suffering: I have experienced great losses and uncounted personal challenges in my life ... including 20 years in a pit called an "eating disorder" "But God" ... (God is the "Master-Weaver" ... for whatever reason you have been placed on my heart since we met by way of beBee) ... much more to say but I'm in a season of challenges and have been sidetracked from writing but my brain is still buzzing with ideas which will manifest in the days ahead

Brilliant! So honored to be able to say I share your views, but just can't quite articulate them as well as you! https://www.bebee.com/producer/@dean-owen/in-the-company-of-nones