By Jove! O Lord! Tut tut! What the Dickens! But me no buts! 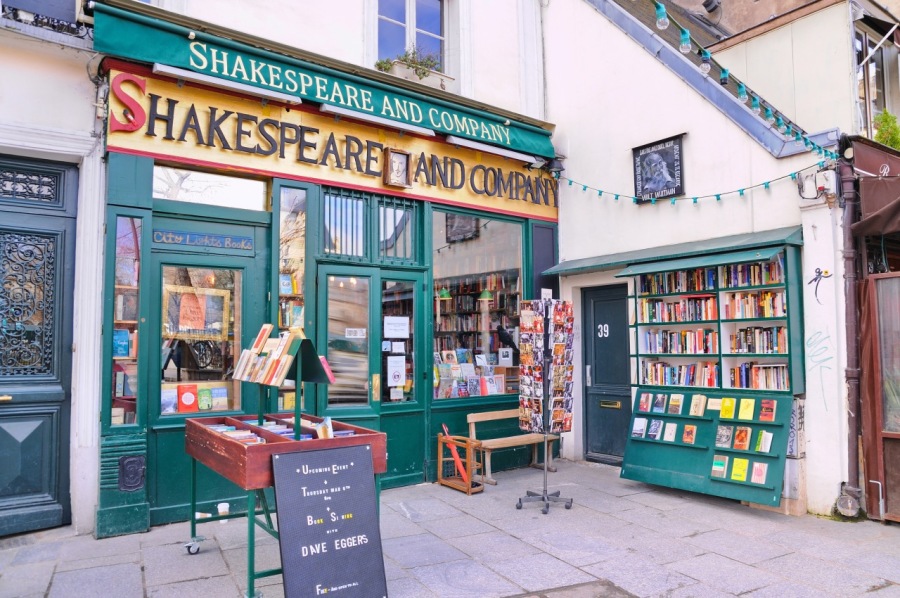 Let’s kick this off with an incredible but short video that demonstrates very eloquently how 16th Century Bard, William Shakespeare, has become so ingrained in our lives.

Did you know that Shakespeare used around 29,000 different words to pen 37 plays 154 sonnets. Impressive? Well as it turns out it is pretty average. A college educated person can have a vocabulary as large as 80,000. Shakespeare never attended college.

What that tells me is that you, or I, have the power to be Shakespeare.

What little we know of his life is that he blazed his own path and was quite the entrepreneur. Born the son of a glovemaker, farmer, and once Mayor of Stratford upon Avon, William married Anne Hathaway at 18 and had three children one of whom died at age 11. He perhaps moved to London in the late 1580’s to start a career as an actor in theatre. He did most of his writings in the 1590’s, and in 1599 set up the largest open-air amphitheater, the Globe. His Company, The Lord Chamberlain’s Men changed it’s name to The King’s Men when King James became it’s patron in 1603. Shakespeare died, age 52, in 1616.

His lack of higher education has led some to speculate to this day whether or not in fact Shakespeare did author his plays, or was it perhaps someone like Christopher Marlowe. On the 30th May 1593, Marlowe who was then England’s most popular playwright, was found dead on a street in the suburbs of London. Coincidence that Shakespeare shoots to fame shortly thereafter? Marlowe, the Cambridge scholar, was certainly better equipped to pen masterpieces. Shakespeare would no doubt have studied Greek and Latin at school, but it is unlikely he could speak French and Italian, languages he must have known to have written his plays. Marlowe on the other hand was a Cambridge scholar, and also well versed in European languages having spent time in France.

Conspiracy theories aside, William Shakespeare’s works are the most quoted works of English literature.

Will we ever see the likes of Shakespeare again?

We have unprecedented access to knowledge. We are better educated. We have tools to write, format, publish. The odds are likely. But can you name a modern day counterpart? Do you know any author who could pen a 5 minute soliloquy that is a fraction as compelling as Richard III “Now is the winter of our discontent”, or King Lear’s “Blow, winds, and crack your cheeks! rage! blow!”

Is it perhaps that the unbridled access to knowledge – knowledge at our fingertips, has handicapped our imagination and thwarted our creativity. Is it that the technology of media is so advanced, so visceral that the use of visual effects, props, lighting has taken away our focus on the written word?

Just remember, “even if you bid me good riddance and send me packing, if you wish I was dead as a door-nail, if you think I am an eyesore, a laughing stock, the devil incarnate, a stony-hearted villain, bloody-minded or a blinking idiot, then - by Jove! O Lord! Tut tut! For goodness' sake! What the dickens! But me no buts! - it is all one to me, for you are quoting Shakespeare.”

Great post Dean Owen, did you know that Sir Winston Churchill's vocabulary has been estimated at 150,000 words? He was a genius.

ready for an interview Dean Owen

#50
He plays the Archbishop of Canterbury.

#46
I remember as a child watching Mike Hammer and some program mentioned Stacy Keach was a Thespian. I could not fathom that this rough looking American gangster type figure from the South could be anything resembling a Thespian, but later discovered some works that displayed serious acting talent. Your stint at the Oregon Shakespeare Festival sounds like the perfect job. I recently read Cymbeline for the first time - also the first time I have been disappointed.

#47
Interesting! I have seen the Gladiator and The Kings Speech, but my memory with names is not good. He could be right considering the odd circumstances. I found this because it popped up on my buzz :))

#44
Surprised to see this one resurface. In actual fact Marlowe is just one of a number of contenders. Prominent and brilliant Thespian Sir Derek Jacobi is of the camp that propose that the works of Shakespeare were actually penned by the 17th Earl of Oxford, Edward de Vere. If you are not familiar with Shakespearean plays you might know Jacobi from his roles in movies like Gladiator and The King's Speech. He argues that the Earl used Shakespeare as a front man as it was not right for a nobleman to be seen as a "common playwright".

"As luck would have it, " I found this buzz!! I never heard the story about Christopher Marlowe, it does leave one pondering. The amount of words penned, wow!

Soft spoken indeed. The mark of a brilliant Thespian is to be able to whisper and be heard. Amazing to think that Patrick Stewart joined the Royal Shakespeare Company a year before I was born.

#40
Serious nightmares about Chaucer and DH Lawrence. I got over DH Lawrence in my 30's and actually started to enjoy him.

#38
That's one of most lousy comments on the Bard I've ever heard.

#25
I'm not sure if it is the place or the person Dean Owen. Some well know authors lived in self imposed prisons, emotionally and psychologically. My bias is that we are sensory beings and as sensory beings we have the ability to imagine; recreating sensory impressions and feelings in our minds in the absence of external stimuli. We can alter, combine, synthesize and otherwise manipulate sensory images to form images and ideas of things never perceived in reality. When we think metaphorically we utilize our ability to imagine. Our imagination is given expression through the non-verbal and verbal language of metaphors. The metaphor is "out there" to make it possible for us to sense and experience things in an unexpected way. I think this is the process behind your questions. and so, when you describe a handicapped imagination and the visceral experience of technology influencing how we see and therefore how we read and write, I see it as a reinforcement of my framework; humans as sensory beings.

#33
Please don't start with the Chaucer! You are giving me nightmares! That is not to be force fed to any 15 year old. It may end up having them hate English literature for ever. As is, it took me 12 years before I actually picked up a classic on my own accord in a bookstore.

#28
Yes @Nick Mlatchkov, mass appeal. But Shakespeare was also mass appeal back then, offering history, comedy, tragedy. Who know's, in 2000 years is it possible there will be a huge religion around Harry Potter?

#27
You know Praveen, for so many years those reference materials and footnotes completely spoilt Shakespeare to me. I never enjoyed Shakespeare at school. Then one day I put down the accompanying stuff and just read. And that is when I discovered Shakespeare. Fortunately it is not nearly as hard going as Chaucer. I will need to revisit Henry James, one of my favourites early on.

#26
Ken-san, the witches are busy this weekend picking flaky things off their faces. If you don't mind the flakes, they'd love for you to join them in the hot tub, but don't forget the cockatiel.

#4
'Clancy, Rowlings, King - I can't imagine them having the same legacy in the centuries to come. ' One thing they have in common, they're not looking for any addition to human wisdom ....

#24
so do I win a free trip to Stratford upon Avon or a dip in the hot tub with Macbeth's 3 witches? 🛁 Hubble bubble

#23
Why thank you Sara Jacobovici, you are positively making me blush. It is an interesting question. Maybe a reason why so many powerful words come from prison cells, nothing but pen and paper and an infinite imagination.

#22
Jane Austin! Emma would be proud!

Dean Owen, although you can't see or hear this (which doesn't mean it is not happening) I am giving you a standing ovation (standing, clapping vigorously and shouting BRAVO)! Love this piece from all points of view including what was said in the previous comments. I would like to quote you: "Is it perhaps that the unbridled access to knowledge – knowledge at our fingertips, has handicapped our imagination and thwarted our creativity. Is it that the technology of media is so advanced, so visceral that the use of visual effects, props, lighting has taken away our focus on the written word?" Great questions, beautifully "penned" and worth taking the time to explore the answers.

Female you say - then George Elliot or Jane Austin?

#20
how long are you going to keep us in suspense? "Out damned author".

#16
That's a great talk Michael. Not sure I agree with everything he says. I think education responds to demand, and parents demand that maths, science, linguistics take priority over drama and dance.

#13
I would have said Thomas Hardy or DH Lawrence, but nope. not Hemingway or Chaucer either.

#11
He is good, not my favourite Welsh comedian, but certainly my favourite from Glamorgan! Apparently Anne's mom, who as we all know played Fantine in Les Miz on broadway, named her after Shakespeare's wife. Lucky they had the same surname as the paperwork to change that is quite complex!

Surely Hemingway has to be in the top ten? Or Chausser if your Google translator will stretch to Middle English? #12

Great piece of constructive prose and well researched, Dean Owen-san. Thanks for the Rob Brydon entertainment. I've seen this video before but never tire of seeing it again. He's my favourite Welsh comedian. 🎭 I agree that we are being manipulated by our modern social media and suggest that today's instant forms of communication and information retrieval have turned us into ADDs i.e. Attention Deficit Dummies, leaving us impatient to read the written word. 😳💤 So, assuming that you're still reading this, I'll go on to show my ignorance of Anne Hathaway's marriage to William Shakespeare. She is one of my favourite actresses and certainly looks amazing for her age. 😉

#5
Yes Thespians have a gift. Must be tough as the tendency is to over act. Kenneth Branagh is masterful, but for me, Peter O'Toole was the man who drew me in with his performances. So many greats, Ian Mckellen, Patrick Stewart, even Marlon Brando as Marc Anthony. Glad you enjoyed the videos. That Ralph Fiennes one is haunting.

Btw D. Lewis is in the new le Carre movie.

#3
It is an interesting question. One would think with with all the access to technology we have, a superior writer would emerge. As you mention there are some excellent writers and playwrights. I have just been rereading Sylvia Plath and some of her poetry is every bit as compelling as Shakespeare. But the superstars of today, Clancy, Rowling's, King - I can't imagine them having the same legacy in the centuries to come. Thanks for stopping by Aaron Skogen

ahDean Owen There is nothing either good or bad but thinking makes it so. A bit of the bard before I to bed I thank ye for your offering

His Influence on Modern Language is impressive ! thanks for sharing it !