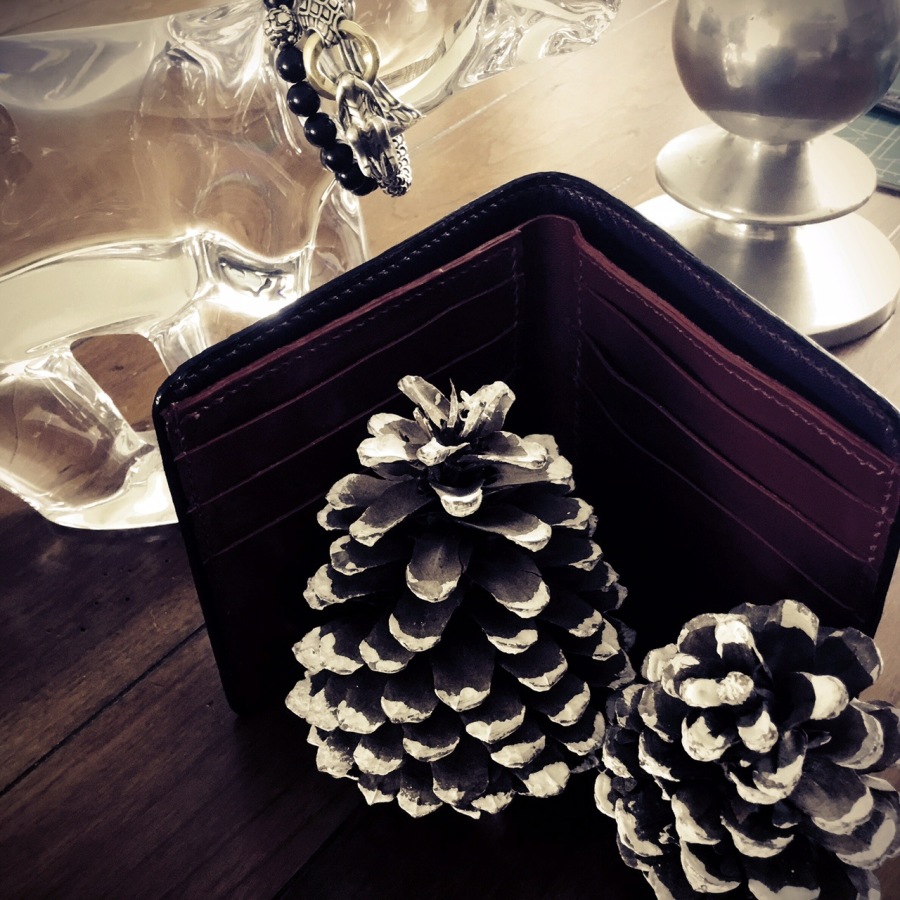 For years now, people in Shanghai have been arguing over which side of the river is best. The city is split in two by the curvaceous Huangpu River.

It is said that people standing on the world famous Bund looking across to the other side are looking to the future, and those on the Liujiazui side looking across are looking into the past. For eight years now, I lived in Pudong, the new side, on land that just 20 years ago was nothing more than marshes and fields. Today’s Pudong is nothing short of a miracle in modernity and convenience, basking in the shadows of a trio of the tallest skyscrapers. It’s residents enjoy sprawling parks, tree lined avenues, gated communities, international schools, bicycle paths, and the world’s fastest train, the Shanghai Maglev (431 km/h). Back in 2010 in an article in the Financial Times, I predicted that by 2020, the World would have come to know the word Liujiazui (Shanghai’s Financial district) in much the same way as they know Manhattan and Wall Street. Perhaps this was ambitious but my views mirrored the optimism I see in this country.

But after years of fighting with friends and colleagues over which side was best, I decided to make a move across the river to the “fun side”, Puxi. I remembered the crass joke from an old colleague when he said “You want pussy, move to Puxi!”.

Well my intentions are far more honourable I hope. Puxi is party town where you can enjoy the decadence of the 1930’s Shanghai at Salon de Ning, uber cool clubbing at M1NT or The Geisha, Jazz at the historic Peace Hotel, or roof top drinks at the eclectic Bar Rouge. For me, it was a cool place to execute my lame Salsa and Bachata moves at the numerous Salsa bars (Demi, if you are reading this, I’d love the next dance…). But there is so much more to Puxi. Dotted with temples, ancient towns, antique markets, food streets, Puxi would allow me to experience the real Shanghai, not the showcase that is Pudong.

House move complete, my first stop was to the local mall to pick up sundries. This was a super sleek mall, newly opened, offering all sorts of enticing ways to part with your money. No time to browse GAP or Abercrombie and Fitch, I headed to B1 where no doubt a sprawling International supermarket was waiting. I took a trolley and proceeded through the aisles picking up the usual stuff, Alpen cereal, a jar of Miel de Provence (that’s my beBee reference for the day), some ingredients for Thai curries. Before I knew it, my huge trolley was full. As I roll up to the cashier, I pat my pocket to make sure I had my wallet. The girls proceeded to laser my goodies, one by one, packing them nicely and placing them in reusable shopping bags. “Do you want dry ice for your beef?”

I am keenly eyeing the register to see the damage - worryingly stratospheric. Phew, I have enough! As I pull a wad of 100’s out of my wallet, the girls in unison say something in Chinese.

“Wo bu dong” I say, recalling the first Chinese phrase I learnt while putting my hands in the air.

“No Money” one of them says, pointing to a little sign displaying a QR code.

“Huh?” – I was dumbfounded. A Cashless supermarket? So much for old Shanghai.

Needless to say, I bowed my head down low in disgrace and trudged off empty-handed to my hungry family.

I was not prepared for this. My mobile phone has loads of functionality but I use it purely as a phone. Damned if I’m gonna be forced to stare at that tiny screen hundreds of times a day. My wife makes wallets by hand. You are taking away my annual Birthday present! You are taking away her hobby!

Frankly, I should have seen the signs. Asia is moving toward a cashless society at an alarming rate. I was chuffed when Singapore introduced the world’s first electronic toll collection system in 1998. Korea and Hong Kong were the first countries to launch contactless smart cards for public transport in 1997. Now Hong Kong’s much beloved Octopus card is used by 95% of the nation’s consumers, not only for public transport, but also at restaurants, convenience stores, cinemas, vending machines… In China, people are using their phones to play the stockmarket, split restaurant bills, order a pizza, and pay the gas bill. China’s Alipay has over 400 million registered users of whom I am not one!

But all is not lost. My wife has moved on to keychains and is currently making her first leather mobile phone case. 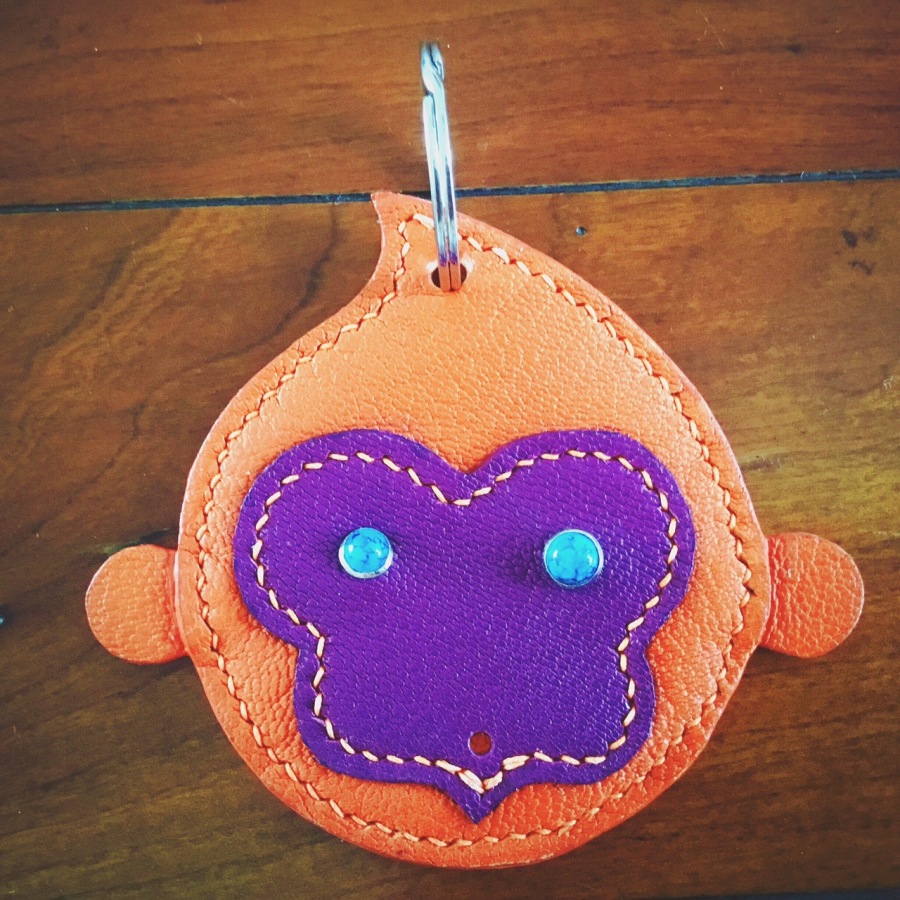 I do not visit the malls for groceries these days. I have discovered the fruit and vegetable markets of old Shanghai where cash is still king.

Are you ready for a cashless society? Will you embrace a soundless kaching?

Dean Owen, it sounds exciting... living in Puxi. With that said, no, I'm not ready for a cashless society. I don't always carry my phone with me as it is. Your wife seems to have a great talent and it's sweet of you to put up a photo of her work. I wish we had high speed rail here!

#9
Yes, I hear they are called them 50 centers who are extremely nationalistic, and some claim, state funded. 50 cents would do them fine and maybe pay for one hour in an internet cafe....

#8
Unfortunately rising real estate prices will eventually wipe out the markets in Shanghai. Personally, in developed nations I don't think paper money and coinage will last another decade, but I hope mobile wallets are not the future. I would prefer a basic no touch cash card like HK's Octopus, or take it a step further, biometrics like retinal scans.

#4
On the other hand, Dean-san, do Weibo Trolls send invoices? 😨

#6
Thanks Laurent BOSCHERINI. To be honest, I just can't wait to see what the future has in store. I am looking forward to the day when the keyboard becomes obsolete, but at the same time will always cherish my collection of fountain pens....

Thank you dear Dean Owen for sharing your insightful and relevant post, always uplifting.It took more than two millennia to transition from “cold hard cash” to scriptural money. But in the last decade, new dematerialized payment methods have emerged. Based on new technologies, they have profoundly altered the physical act of paying and maybe more than a tiny part of our humanity which used to give sense of it.

#3
indeed that are more payment tech companies than notes in my wallet :-)

#2
Should have thought of that! Perhaps there is an opportunity for the ad people on beBee to propose a total rebranding of Liujiazui, but it needs to be a Chinese word that sounds cool in English. On your currency idea, Chinese social media giant Weibo does offer tipping, where you can tip the authors of content you like. Great way to encourage good content!

#1
Yep, although I imagine Dublin Ireland is rocketing towards a cashless society with all the Fintech startups popping up in the city.

Pictorial, entertaining, and informative Dean-san, all in one buzz. You give good bang for your buzz. Now here's an idea ..... beBee 'shares', relevants' and 'comments' for groceries? beBee the new currency of the world! Pity about your prediction that Liujiazui will be on the lips of the world. First you need to choose somewhere the world can pronounce. You've got a better chance of Puxi being on ..... perhaps not. As Maggie Smith says in "The Best Exotic Marigold Hotel", "If I can't pronounce it, I certainly don't want to eat it". Still, you've got another four years to go. Yet another great buzz!

kool article Dean Owen I am terrible with apps and cash I am not sure the future is made for me or maybe it does not go fast enough I don't like intermediate stages :-)