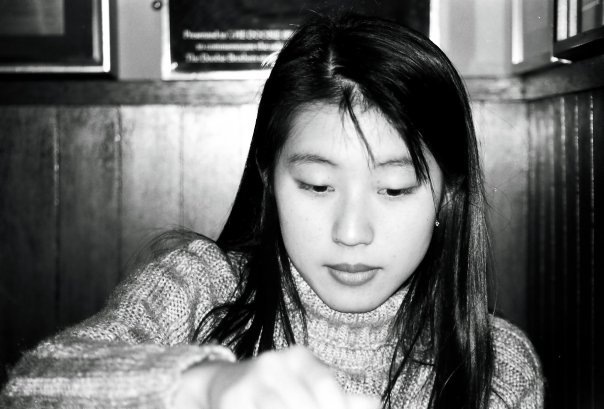 I expected no less.

I had always served as an agony uncle to my exes. Many of them have become good friends since breaking up. We usually keep touch via social media - an arms length relationship. But when one calls me on my mobile phone, you can pretty much guarantee it is not to share a happy story about a trip to Venice.

We spoke in Japanese. My Japanese has become progressively worse through lack of use, but it is good enough for today.

Please allow me to refer to my friend using her initial.

“K” had recently been told by a friend that her semi-nude photo had been found on the net. She sent me a link. The picture was not all that revealing, but it was clearly apparent that it had been taken secretly by a boyfriend. A quick Google image search and it was clear that the pic was gaining moderate traction on some dubiously named Japanese websites.

She recalls the trip down to Kyoto with a British businessman she used to date. She remembered the night clearly. They’d stayed in a beautiful ancient Ryokan and had spent the evening in Gion, the geisha district. She had even contemplated introducing her boyfriend to her uber-conservative parents when they got back to Tokyo. I’d met the parents years back as a nervous suitor decked up in my finest attire, a dickie Prince Charles check bow-tie and flannel suit. I like to think that they approved me, but regardless, K & D were not meant to be.

She was clearly worried that people she knew would see the picture. While comforting her, I quickly clicked on the links. The picture showed up, but with no name associated with it. That was the good news. But she is clearly identifiable in the picture. Lighting was good, and her face was pointed almost directly at the camera. She wore a traditional cotton yukata adorned with cherry blossoms, open at the waist, and standing in an elegant and minimalist tatami room. It reminded me of a scene from the movie Silk.

I told K not to worry. She felt betrayed. They had continued the relationship for about a year after he moved back to London for work. But it is rare these things last. She thought he didn’t seem like the sort of guy to covertly take very personal pictures, let alone post them. Perhaps he didn’t post them. She was reluctant to contact him. They had unfollowed each other a few years back.

I pondered what she could do to get the pictures taken down. It appeared to be a life-long tattoo that not even millionheiress Miss Hilton can thwart.

K is a good girl. It’s not the end of the world for her. As it turns out, she can actually take action, but given that it is just one picture that is not overtly vulgar, we decided it is best to let it be for the moment. She will try to confront the Brit, at least to understand why, and if there are any other pictures she should be aware of.

But for millions of unwilling victims who get caught on film in very personal situations, there are things you can do.

How to stop compromising pictures of you being published online.

Stating the glaringly obvious, it is probably best to make sure such photos are never taken. Not easy in a day and age where cameras are dots in devices.

#26
Is it this one? Title spelling is different, but I suspect it is the Tamil version. https://www.amazon.com/Drushyam-English-Subtitled-Venkatesh-Daggubati/dp/B00TBM8E8I/ref=sr_1_fkmr0_4?ie=UTF8&qid=1478186171&sr=8-4-fkmr0&keywords=Drishyam+tamil

#22
Well I made the plunge on a tattoo when I decided to make a plunge and come to China. I had to choose a Chinese name for myself, and an expert recommended Happy Dragon, so to show my commitment, I had a dragon sleeping under a cherry blossom tree needled into a shoulder blade. Fortunately I never see it myself so completely forget about it! I think it'll be the same with her. She will forget. It'll still be there, but will gradually "reducted" as an issue to be concerned about. Whether or not these things can impact ones employment or marriage prospects, I assume they can, but unlikely in her case as no name is attached to the picture.

#21
I am petrified of connecting any devices to cloud and no matter how careful you are it seems that Apple devices always find a way to connect to iCloud for certain apps. One of these days AWS, Microsoft Cloud, iCloud or Google cloud will be compromised. It's a Pandora's box waiting to happen.

#20
Sounds like a great plot. If this is the movie you are talking about, I'll hit "Buy" and hope for the best that it gets through Chinese customs. https://www.amazon.com/Drishyam-Hindi-Devgan-Super-Bollywood/dp/B015FLPI82/ref=sr_1_2?ie=UTF8&qid=1478184801&sr=8-2&keywords=Drishyam I do have a tale about blackmail that you reminded me of... Perhaps a buzz for next week....

#20
Sounds like a great plot. If this is the movie you are talking about, I'll hit "Buy" and hope for the best that it gets through Chinese customs. I do have a tale about blackmail that you reminded me of... Perhaps a buzz for next week....

Some on-line photos, Dean, can be like an embarrassing tattoo in an unsavoury part of the anatomy ..... most of the time out of sight and mind, except when the garb slips. I hope your friend K gets over her initial shock at being unknowingly exploited, no matter how indirectly. Good on ya for posting and reminding of the ease with which seemingly harmless poses can be manipulated by others through hidden lenses or surreptitious actions. Flip the coin of intent and I am constantly amazed at how many younger people brazenly post potentially embarrassing or even degrading pictures of themselves on SM, without any apparent thought to the future.

I find these situations disturbing. The fact that someone would intentionally post a compromising photo or discussion online that was intend to be private. This being said i would submit that more than a few times various apps, software and cloud providers, request during set up, some alignment of your device and online storage or backup. A simple standard install click at installation could find you posting materials online that you have no idea where its going. I appreciated the comment concerning don't take the picture or write the words very much @Dean Owen Our private lives and our social lives are two different things. The psychological powers of cognitive dissonance once our private lives are exposed to public lives is quite damaging. You were a good friend to assist her in moving beyond this tumultuous point in her life.

Hmmm, what have I missed. Out for the day and I see a bunch of deleted comments....

That would be extremely upsetting to find out a nudie was posted on the internet of yourself. You have a calm demeanor and common sense. I'm glad she was able to turn to you for advice. Hopefully that's all there is, it will die down fast!

#7
It's an uphill battle. Laws can be introduced, but they will never cover all jurisdictions.

#5
Interesting questions for sure. I personally see no reason why exes of any variety can't be friends so long as there is trust in your current relationship. I mean, why waste a relationship you had with someone you loved once. My closest friends are exes, and that includes my previous wife. Thanks for stopping by.

A well articulated tale about the dark side of pervasive cameras Dean. Social media is a platform for all kinds of behaviour, and we all must be aware of its sharp edges.

Interesting post, Dean Owen. You're an excellent storyteller and always have good advice. Two questions about exes: 1) Does this also apply to x-wives or just x-girlfriends? 2) What if you're current "significant other" doesn't like you keeping in touch with the exes? How do you recommend responding to both? Thank again for the good buzz!

#3
Yes, I feel being a teenager in the 80's was the absolute best era to be born, but I guess every generation feels the same way about their teen years. I had a Minox miniature camera back then. Loved it because of the size, but never used it as it was hard to find a shop who could develop the film. These days we are always on camera. In 2014, there were 245 million surveillance cameras in operation.

Dean Owen Now I've been wondering who that chap in the flannel suit was for ages now. Hang on , let me press share!! Good piece as always Dean