BEE BRAVE ENOUGH TO GET OUT EARLY 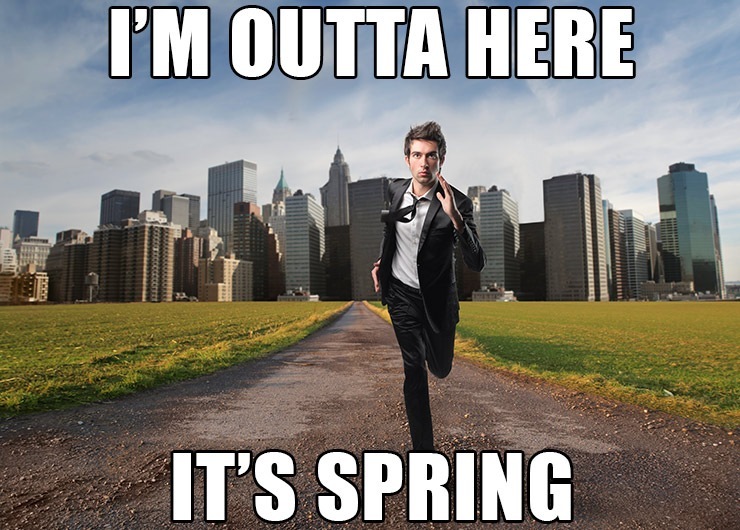 We can see the warning signs when things aren't going well, but why are we slow to react. In the 21st century our flight or fight response goes off all the time, but because we are not literally in danger, sometimes we don't flee when need bee. Sometimes we stick around and suffer emotionally, financially and mentally because we feel obligated, or like we need to be responsible. Mostly we stay because we are scared we won't find better. Most people greatly underestimate themselves.

How many years have you stayed at a dead end job that underpays you, just to pay for an apartment that is too small and in an area you don't like?

How many times have you sat on the couch when you wanted to go out dancing on a Friday night, but your boyfriend hates to dance?

How many times have you wanted to buy an awesome phone, computer or car, but had to settle for a cheaper less cool device because your job wasn't paying you enough?

How many times have you had unsatisfying sex with your partner or even worse NO SEX :( 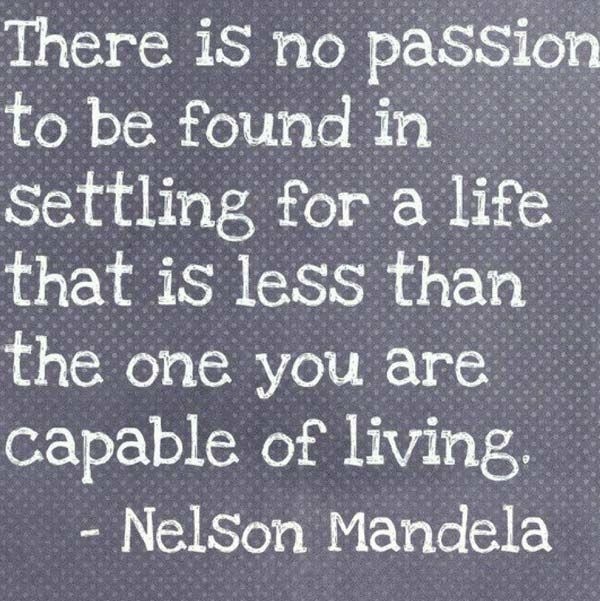 Whether it bee a job that is going awful or a relationship that is dreadfully boring or a friendship that is abusive, get out fast. A lot of times we end up staying in awful situations for years, simply because they are not bad enough or because the situation isn't even bad, the situation is okay just not great. We don't really love him or her, but they are there.We don't really feel supported by our friend, but they are there. We don't really like our job or get paid our desired salary, but we have a job. Things don't have to be bad to leave. Things only being okay is also good enough reason to try something new.

This is the settling trap most people run into and i'm telling you as soon as you notice a person, relationship or situation is not for you, get out of it. Don't hang around expecting things to change. Though their is a chance a bad situation can get better, the most likely outcome is it won't, you will just waste time and get more hurt along the way. Don't think you can change your boss, don't think you can change your roommate or your mother, just get out. 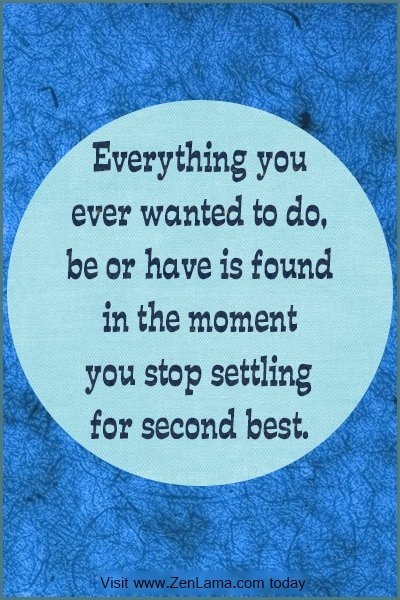 According to Natural News, "In fact, in one survey of 6,000 men, 31% of them openly confessed that they would be willing to settle for someone they didn't love. And 21% even claimed they'd partner up with someone they found unattractive. These are they who were willing to admit it." 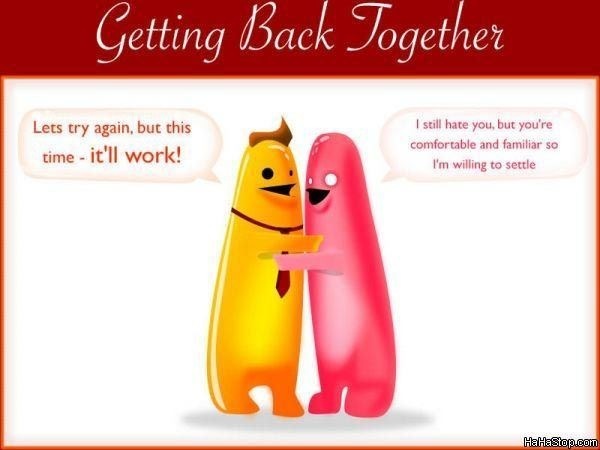 (sĕt′l)
v. set·tled, set·tling, set·tles
v.tr.
1. To end or resolve (a dispute, for example) by making a decision or coming to an agreement. See Synonyms at decide.
2. Law
a. To resolve (a lawsuit or dispute) by mutual agreement of the parties rather than by court decision.
b. To make the determinations and distributions of (a trust).
3.
a. To make compensation for (a claim).
b. To pay (a debt).
4.
a. To put into order; arrange as desired: settle one's affairs.
b. To place or arrange in a desired position: settled the blanket over the baby; settled herself in an armchair.
c. To agree to or fix in advance: settled the date of the meeting in June.
5.
a. To establish as a resident or residents: settled her family in Ohio.
b. To migrate to and establish residence in; colonize: Pioneers settled the West.
c. To establish in a residence, business, or profession: was finally settled in his own law practice.
6. To restore calmness or comfort to: The hot tea settled his nerves.
7.
a. To cause to sink, become compact, or come to rest: shook the box to settle the raffle tickets.
b. To cause (a liquid) to become clear by forming a sediment.
v.intr.
1. To discontinue moving and come to rest in one place: The ball settled in the grass near the green.
2. To move downward; sink or descend, especially gradually: Darkness settled over the fields. Dust settled in the

Life is too short to settle. Move on !

I like Hotel California "you can check out anytime you like but you can never leave". BTW while I am may be more traditional so I would like to bless the happy black & white couple - noting that Paul Walters black and white picture be excused. Or is it Black & Wyatt or Brave & White - I'm getting old these days and these things are challenging at my at age :-) I will however slip a copy of this buzz into the nearby old people's home and see if any of those golden oldie buzzards get motivated to actually escape.

#6
Yes, my idea is to include this in my post addressing the buzz by David Navarro L\u00f3pez - https://www.bebee.com/producer/@david-navarro-lopez/new-hive-toxicity-at-work. I am working on this today.

#14
Chas \u270c\ufe0f Wyatt I feel like i want to makeout with you off of your profile picture. Profile pictures probably can't be trusted.lol.

Lyon Brave, wow- that survey about men settling for someone they didn't love, scary. I wonder why they would? I'd rather be alone than settle for living with another I didn't love. I just wrote a small quip yesterday saying, we only have today so choose to do what makes you happy (paraphrasing). Sometimes I've made choices that may come back to haunt me financially but those choices are made based on my own life experiences. I don't want to be left with regrets. I think we all wish for more than we have. Most of the items I purchase are based on how little I can pay for financial reasons too. But, for as long as I'm able, I won't skim on traveling, the thing I love the most! Good message.

Great article with a very empowering message. Thank you for sharing!

#5
stephan metral \ud83d\udc1d Innovative Brand Ambassador Yeah the Bebee community is really supportive. It's really nice. People might not have supportive people around them in person. It's best if we do, but it's not always the case.

#8
Paul Walters you're too kind Paul!

Lyon Brave Oh, once again a cracker of a post!!!

#2
thanks for Your kindness. that's what i love with bebee true people with true stories. so few sales pitch. it feels like home , you know. like if we live all in the same neighborhood. listening to each other stories. Javier \ud83d\udc1d beBee gave us the opportunity to live the digital village experience. lt feels comforting.

I agree, Lyon Brave. Life is too short to settle for circumstances, not to our liking. If the option is there, then move on. "Anything that works against you can also work for you once you understand the Principle of Reverse.” ― Maya Angelou, I Know Why the Caged Bird Sings

#1
stephan metral \ud83d\udc1d Innovative Brand Ambassadors Sorry to hear about your sons. I am sure he will heal well and thanks for the encouragement.

This is inspirational, i am at the hospital by the side of my Son suffering of burns, Lyon Brave your article cheered me up. One favor please, never , ever give up on writing. You have talent.