AMERICA IS LAND OF THE FEE NOT THE FREE!

Most of the problems in America are due to greed and apathy.

It's the old age adage of THE RICH GET RICH AND THE POOR GET POORER.

Rich people will tell you lies, so they can get your money, like the rich are poor until they get educated.

Make no mistake education is not the same as opportunity. 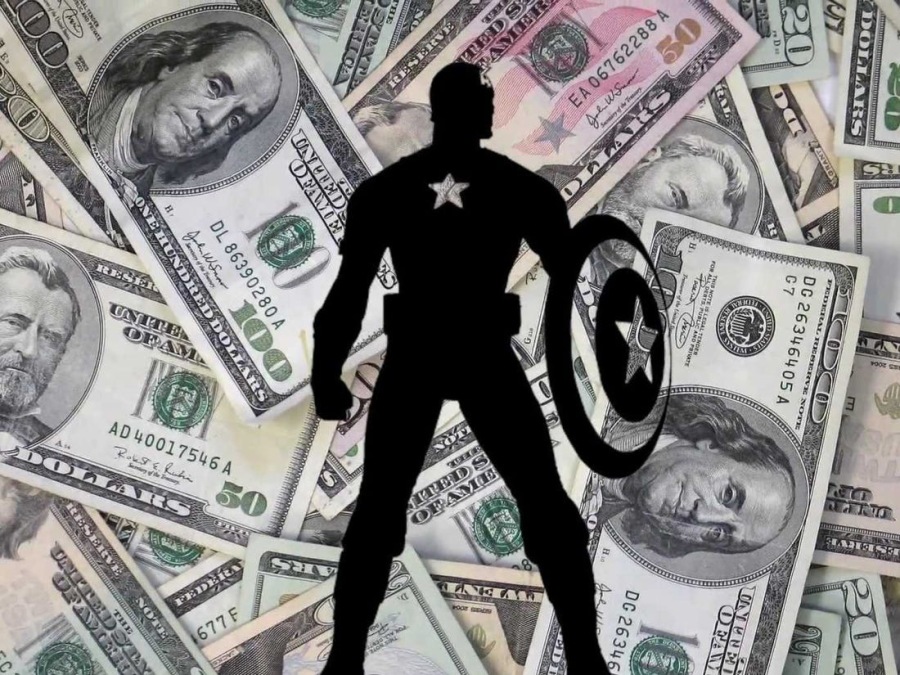 Actually, a lot of homeless people have jobs.

Everything is expensive as heck in America, college, housing and medical care. In fact 60% of America's end up going bankrupt over medical bills.

Now, if you bought into the lie that education will make you rich, did you account for racism and sexism to cut into your paycheck.

Not to mention only specialty degree like doctors and engineers are likely to make big money, which is why you see so many business majors making coffee at Starbucks.

Imagine a world where a black man could walk down the street without looking suspicious. Well that's not going to happen in America, which was the whole reason for the Black Lives Matter movement, but that got hijacked by white people screaming all lives matter because black voices always get hijacked in America by white voices.

We know all lives matter, but black lives in America are the ones that literally have a hate group called the KKK actively and currently rioting in the 21st century, while the Black Panthers in not allowed to exist.

This video and article is simply debunking the myth THAT AMERICA IS GREAT. Until we can stop putting our country on a petal-stool and admit the system really is broken America is going to continue to suck, because GUNS, GUNS, GUNS, POVERTY, POVERTY, POVERTY and so it goes on.

Breaking free from ... CONFORMITY. Finding TRUTH and wisdom. That is key Breaking free from ... UNSEEN captivity ... will give you “eyes to see” AND perceive. Breaking free from all the “shadow casters” Who rob true identity ... and create disaster Do you know the devil is a persuasive pastor? ... on silent airwaves ... a brilliant broadcaster ... on the path of LIFE ... a subtle slave-master https://www.bebee.com/producer/@fay-vietmeier-pennsylvania/breaking-free

Lyon Brave Harvey Lloyd Having worked in the staffing industry for almost 20 years And having had many more decades of laps around the cornfield of LIFE ... than you "Brave Lyon" I can testify that there are uncounted ways that "racism" & other forms of DISCRIMINATION are practiced. Ethnicity as Joyce 🐝 Bowen Brand Ambassador @ beBee ... is just one form of racism As is poverty As is caste As is skin color As is Ageism ... (although being "chronologically advantage" should bring some form of wisdom ... but age is no indicator of that) Racism is from the evil one. The "Separator separates" The color of skin is a repeated, wrongful excuse. Historically & politically distorted with MISUSE https://www.bebee.com/producer/@fay-vietmeier-pennsylvania/what-color-is-light This is when we will have just government. “For unto us a child is born, unto us a son is given: and the government shall be upon his shoulder: and his name shall be called Wonderful, Counsellor, The mighty God, The everlasting Father, The Prince of Peace” (Isaiah 9:6) For believers our identity is "in Christ" ... Being in Christ our old way of seeing changes "the old is gone the new is come" "There is neither Jew nor Greek, slave nor free, male nor female, for you are all one in Christ Jesus" I share your mind-stirring post with lines from "What color is Light?" When you look at a person ... What do you see? https://www.bebee.com/producer/@fay-vietmeier-pennsylvania/what-color-is-light

#10
Harvey Lloyd Lyon Brave Multiplied appreciation Harvey for your well-reasoned comments. Wisdom is priceless. As is discernment. "No form of government is perfect." ... because no formed human being is perfect. Governments & people are fractals ... meaning BROKEN The Fractal State of Humanity - Hidden forces for you & against you" https://www.bebee.com/producer/@fay-vietmeier-pennsylvania/the-fractal-state-of-humanity-the-hidden-forces-at-work-for-you-against-you You rightly say Harvey: "Societies evolve" ... just as human beings "evolve" ... GROW "when thtroys the top the whole pyramid falls over. It will emerge again with the same structure every time." ... history just repeats itself until the lessons are learned. "The issue IS, do we guarantee opportunity or outcome? " I say to my son: "Opportunity is everywhere" Challenges are everywhere" Where is your focus? This is the direction you will go. Wisdom from Scripture: "As a man (person) thinks in his heart ... so he is" Proverbs 23 (part 1)

#8
One youtube and twitter can do whatever they want with their platform. Two you cannot call someone a hypocrite unless they are going against their own values. That is your agenda not mine and it turns out you have twitter linked to your bebee profile, so you are the hypocrite. Really not sure your problem man.

#8
Not sure why you are attacking me. I hope it helped you swallow your bitter pill. You are done.

#7
If Karl Marx's is the father of the basis of communism and socialism, then John Locke is the father of free market socio economic beliefs. Both make valid points and both have there weaknesses. Karl Marx's vision has never been realized without aggressive enforcement of compliance that end in genocide. (Russia/Stalin, Moa China, Venezuela) https://www.youtube.com/watch?v=5ZOkxuNbsXU This is the issue that all forms of government and social collectivism must face. When the top of the hierarchy forgets about the bottom there will always be trouble. But also when the bottom of the hierarchy attacks and destroys the top the whole pyramid falls over. It will emerge again with the same structure every time. The issue is, do we guarantee opportunity or outcome? Outcome is pure data crunched by humans and most importantly setting standards for others performance.. Opportunity is the offer of advantage of self determination.

I'd rather be considered a troll than a spammer, like the OP...

#2
Thank you for your well thought out comments. You have given me much to think about for future posts.

#4
I agree that prejudices and challenges are many. I think you have an interesting story to tell and many people would be interested in learning more about you and your experiences. Keep writing and sharing.

#3
This article is not about youtube censorship or twitter censorship. Therefore your remarks calling me a hypocrite are completely out of line and out of context. Pleases swallow your bitter pill some where else and do not confuse your agenda or beliefs with mine. You are dangerously close to trolling and it is very unattractive.

When I was a kid being Portuguese was practically a sin. It was so bad that my grandmother never told me she was full-blooded Portuguese. I didn't find out until about 15 years after she died. She abandoned her culture completely when she married my grandfather. There were 2 African American families on our street that we were taught to treat with respect. They're still a there--a fixture in my old neighborhood. My first fiance was African American. He taught me about racism a little. But I really learned about it when I made a trip to Harlem to stay with Momma Jones. She was a wonderful woman. But what I experienced in Harlem broke my engagement. I was hated for the color of my skin and knew that would encompass my life if I went through with my marriage. Racism comes in all colors.

Good points and very well articulated. I'd actually consider following you till you mentioned Twitter and YouTube, two platforms that are now known for their intolerance to dissenting views (in the past few weeks I've seen several accounts in these platforms shut down because someone in their staff didn't agree with the views they shared). So, it seems to be a bit hypocritical posting an article on a site like beBee with a call-to-action related to those other platforms. Cheers!

The issues you point at are real. Unfortunately blaming it on something is not the way to solution. There are three forms of government that are fundamental. A market based form whereby citizens work out their differences through supply and demand. With government playing referee. The second is socialism/Marxism whereby the government decides what the markets will be and citizens decide nothing. The third is some form of hybrid between the two. Europe and china are two distinct hybrids where market based and socialism/Marxism is used. All the nations who utilize one of these three have poverty, racism and injustice. We are merely discussing where control lies. The individual self determines within a construct of laws and policies or the government determines for you. No form of government is perfect. The idea is that people will deconstruct the bad parts and enhance the better parts as we determine the outcomes of various policies, laws and social constructs. Societies evolve. Standing in the bleachers and complaining or standing in the middle of a street does not change things in this era. With social media we can engage in a debate of reality or we can hold a sign. There is a difference between racism and cultural differences. Understanding this subtlety would go a long way in aligning societies in such a way that we can coexist with different cultures in the same village. Appreciating the differences and respecting them at the same time.

You must be new poor. I grew up dirt poor and couldn't touch my money in the recession. Just because someone has enough money to be considered rich doesn't mean they lie to make more My family is old poor