A Letter For Tolerance And Peace On Earth 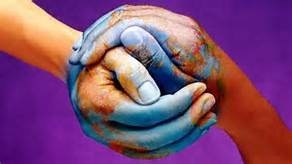 What if I told you my friend is a Muslim refugee from Syria? Would you automatically associate her with war, ISIS, and any negative stereotype you could think of?

We toss around words like “religious extremist” in the news often, but what is an extremist? “Extremist” in the dictionary is defined as “one who goes to extremes or advocates extreme doctrines or practices.” Extremist behavior is characterized by immoderate or excessive actions and opinions. Being an extremist basically means you’re out of line big time.

Currently, we think of ISIS as an extremist group, and we like to say things like radical Muslims, but what about the extremists in our neighborhoods, preaching in our local churches, extremist Christians, idiots, radical racists, extremist jerks running their mouths in the breakroom at lunch.

They might not be strapping bombs to their chests, but they sure are hurting people with their words and should not be allowed to spread their hate speech without anybody voicing concern for the intolerance and negativity they are spreading. People commit suicide because of their verbal attacks.
Lyon Amor Brave

Humans need to coexist, and the only way this can happen is to not meddle in other people’s affairs and pass judgment on them, or we will be in a constant state of war.

News flash, when you start telling people they have no right to love who they love, or pray how they want, and you start telling them what to do and how to behave, you’re the extremist, the fanatic, the person who is strapping a bomb to your chest and blowing up people.

Being so opinionated, you have become hateful and tyrannical, which is a very bad state to be in, and it makes you a danger to society and your own evolution. All of us should cultivate peace of mind. You will never BE PEACEFUL if you go around hating millions of people you have never met because there is something different about them from you.

I’ve prayed with Muslims as a Christian, and it was beautiful, powerful, and it does not make any of us traitors to our faith. If anything, it shows we are strong, loving, and appreciative beings with true wisdom and tolerance.

Tolerance isn’t only something everyone needs to cultivate and practice and be mindful of, tolerance is your right. You have a right to be free from bigotry and hate. Tolerance isn’t just a word. It’s a human right. When you are behaving intolerantly, you are violating human rights. To use your religion as an excuse for your misbehavior is an act against god.

At the end of the day, the only thing any of us needs to believe in is peace on Earth. I don’t want to fight over petty differences, which can be explained easily by the difference in language, country, upbringing, the stories we tell ourselves, and I certainly don’t want to go to war with other nations over these standard and predictable differences.

This is a call for people to keep their political insults to themselves and stop attacking people for things you can’t and do not understand because they are out of your realm of depth. You are entitled to an educated opinion, not an ignorant one, and you never have the right to pry into another’s love life or spiritual life and wreak havoc on their mental or physical health over your belief system. Your belief system is personal, and it should stay that way.
Lyon Amor Brave

It’s time for everybody to learn to coexist in our multifaceted world. We should be intolerant towards war and not the multifaceted parts of life. We peacekeepers and diplomats are sick of fighting wars for your hate.

Now, I leave you with a quote, “Tolerance implies no lack of commitment to one’s own beliefs. Rather it condemns the oppression or persecution of others.”- John F Kennedy